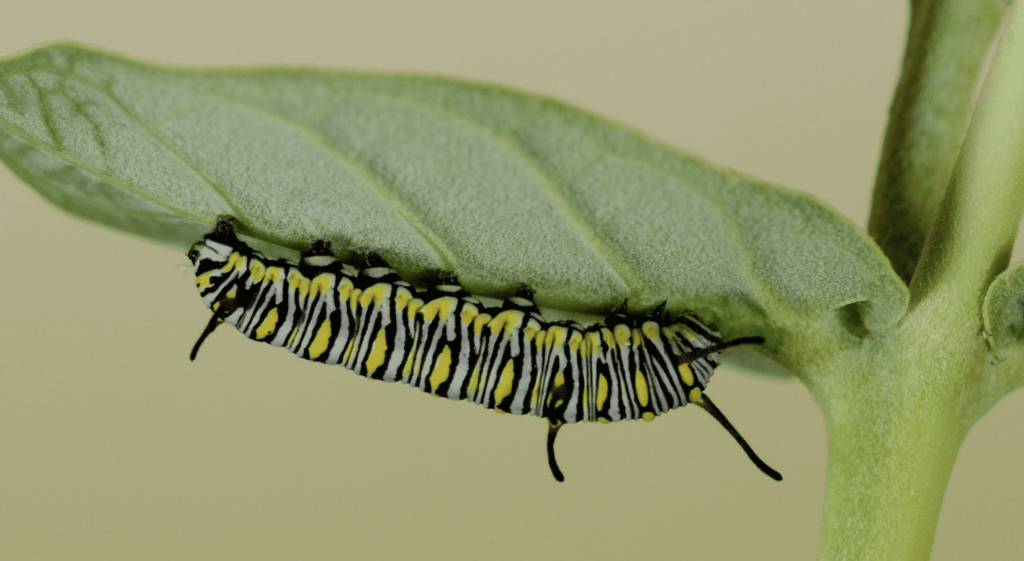 Ready to be creeped out? There are some plants that can hear when they’re being eaten.

Yes, they can actually hear the chomp, chomp of a caterpillar munching.

If I were a plant I would be losing my mind!

How can we tell?

Scientists have long known about vibrations affecting plants. Think about your elementary science project where you talked to your plants or played music for them and compared their growth to that of a “control” plant. Remember that? Well, sound is really just vibrations that get carried through the air.

Two researchers from the University of Missouri wanted to dig deeper into this effect. So Rex Cocroft and Heidi Appel brought in some insects to help them out.

In their study, they used caterpillars known to eat “Arabidopsis thaliana, a small flowering plant related to cabbage and mustard.” This plant was chosen due to its known production of mustard oil.

“A caterpillar that eats nothing but mustard oil plants can get poisoned if the levels get too high,” Appel told Farm Journal.

The next step was to set up a small vibration microphone to pick up the munching sounds of the caterpillars having lunch. Next, they played back these sounds for the poor Arabidopsis and, lo and behold, the plant began to excrete more mustard oil than typical when it wasn’t “under attack.”

“This indicates that the plants are able to distinguish feeding vibrations from other common sources of environmental vibration,” Cocroft said.

In addition to the oils, the plant produced more anthocyanins, a specific chemical that gives its flowers a red color.

What does this mean?

While it does take time for the plant to build up the oil (a few hours to days), the researchers stated that one should think of it as the plant going to war. If the caterpillar keeps eating, it will be poisoned, leaving it dead. The oil is the plant’s defense mechanism.

“This research also opens the window of plant behavior a little wider, showing that plants have many of the same responses to outside influences that animals do, even though the responses look different,” he said.