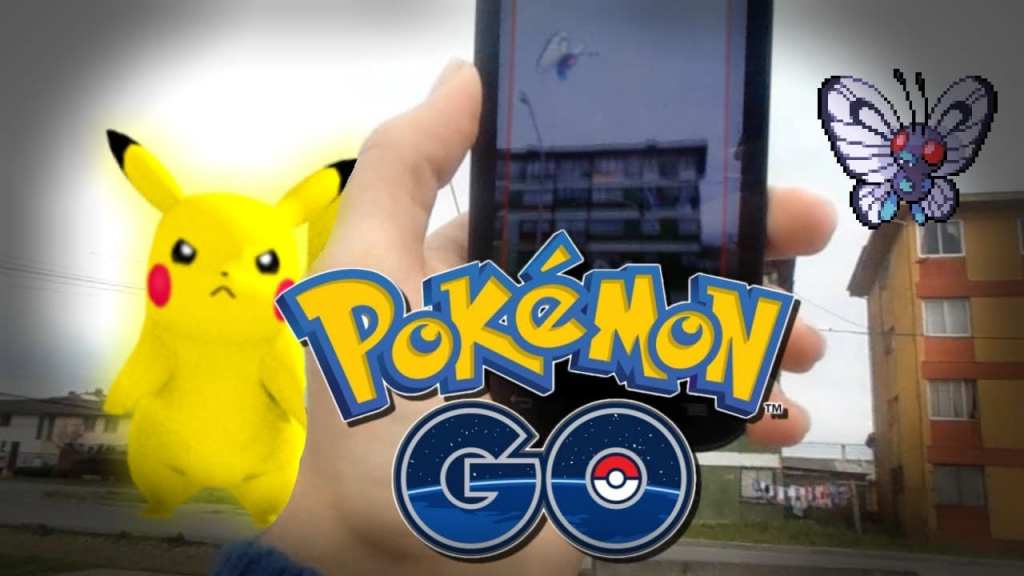 Pokémon GO is bringing people together in amazing ways, and one of the most incredible stories to come out in the short time since the ARevolution began is the story of NYC’s own Ralph Koppelman.

Six-year-old Ralphie loves to draw, and he’s well on his way to becoming a Pokémon master.

But when it comes to breaking from a pre-set routine, Ralphie, who was diagnosed with autism and hyperlexia (a fascination with numbers and letters) at two years old, has a hard time – especially when he’s in the outside world.

“For two years, Ralph insisted on a rigid routine after school: stopping at the same corner grocery for a bag of popcorn and a bottle of apple juice, followed by running to a bus stop, then taking the bus the mere eight blocks home, then counting the steps to the front door, then counting the steps up the flight of stairs, a routine developed during a winter. Any attempt to change this routine would make him panic and melt down, and it could take hours for him to calm down again.”

Ralphie’s mom Lenore, a professional body and face painter, had seen everybody playing the game around town but wasn’t really feeling it. She told People:

“I was totally making fun of it. I’m not a big video game person and I was sort of laughing and saying, ‘Oh my God, [the players] look like zombies.'”

Then, a colleague and fellow mom of a special needs child suggested they try the game out, and it really opened up a whole new world for them:

“Thanks to the suggestion of my fellow-autism-mama friend and fellow body painter Ren Allen, I finally introduced Ralphie to Pokemon Go tonight. She was right. This thing is AMAZING. After he caught his first one at the bakery, he was shrieking with excitement. He ran outside to catch more. A little boy saw him and recognized what he was doing. They immediately had something in common. He asked Ralphie how many he had caught. Ralph didn’t really answer him, other than to shriek “POKEMON!!!!” and jump up and down with excitement while flapping his arms. Then the little boy showed him how many HE had caught (over 100!) and Ralph said “WOWWWW!” and they high-fived. I almost cried. Then he saw his second Pokemon, sitting on Jenny Lando‘s front step. He caught that one and was so excited he shrieked again and began to jump up and down. Then she came out and he chatted with her about it, too! Then she pointed out to him that there was a lot of Pokemon activity at the playground. He begged to go. He NEVER wants to go to the playground at night, because it’s out of his usual routine. He is normally SO RIGID about his routine. But tonight he was happy to change things up, and do it! We were in shock! And when we got there, other kids ran up to him to hunt for Pokemon together. He was interacting with other kids. Holy crap!!!! I didn’t know if I should laugh, or cry. Then he wanted to go find more, and we walked down 30th ave. Adults were also hunting Pokemon, and these total strangers were giving him advice like “there’s one right around this corner, buddy! Go get it!” and he would run off laughing to get it. He would even look up at them and say “THANK YOU!” and run off! WOW!!!!!
MY AUTISTIC CHILD IS SOCIALIZING. Talking to people. Smiling at people. Verbalizing. Participating in pragmatic speech. With total strangers. Looking up at them. Sometimes even in the eye. Laughing with them. Sharing something in common. This is AMAZING. <3 <3 <3
Thank you Ren Allen, for suggesting this. You were right. And thank you Nintendo!!! ASD mama’s DREAM!!!!!! <3 <3 <3 I love you! :D”

Steve confirmed the same with Buzzfeed:

“He sees the trip home as an opportunity to hunt Pokémon and will take any route home. He’ll even come along on errands or go to the neighborhood playground instead of going straight home. He’s pulled along by the lure of more items to collect or Pokémon to catch down the next block or around the next corner. … Ralph doesn’t have an easy time responding to open-ended questions, especially from other kids. But now, when we point out another person playing the game, or another kid approaches him because they see him playing it, he responds to them excitedly.”

Ralphie had a follow-up appointment at the dentist today. His reward for being a trooper about it was a trip to his favorite place in the world: The Nintendo Store! Here he is saying hi to his friend who works there, Roslyn! He thinks she’s VERY nice! We agree! #ralphthelonious #teamralph #megaralphie #thecheekychipmunk #nintendoworld #nintendo #nintendostore #nintendonyc #pokemon #pokemongo #niantic #nyc #nyckids #Manhattan #autism #autismpride #neurodiversity #truelove

“This all sounds so melodramatic, but to say it’s not true would be a lie. It’s our own little miracle.”

Have you heard any other great stories brought to the world by Pokémon?

Did you know that The Westboro Baptist Church Is a Pokémon GO Gym Controlled by a Clefairy Named ‘LoveIsLove’?