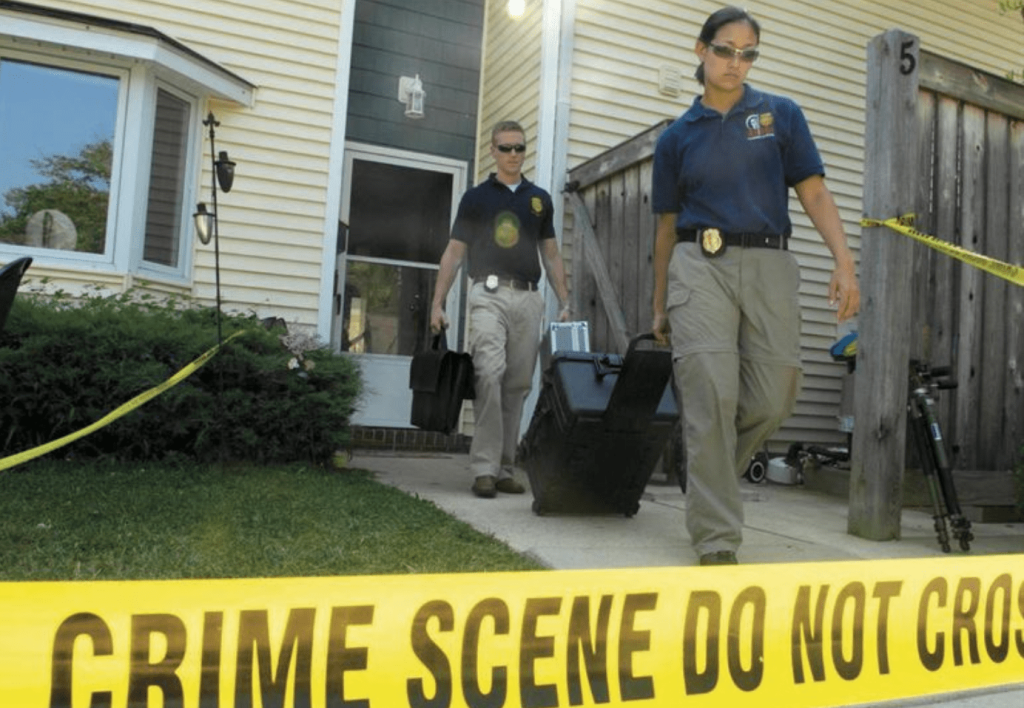 Investigating crime scenes must be a tough job. They see things they can’t get out of their heads that most likely haunt them for years.

And it’s the unsolved cases that especially leave an impression.

AskReddit users who worked in the crime field shared the unsolved cases that still haunt them to this day.

“I work as an investigator for the county medical examiner. The cases that always creep me out are the Jane and John Does, especially the younger ones. How could a family not report a loved one missing for 10, 20 or 30 years? Some of these cases are not suspicious so it’s not like the family is worried about going to prison. We’re looking at forensic genealogy to assist with some of the cases.”

“Worked in forensics 2004-2008, mostly rapes, homicides, and cold cases. Never forgot one where a baby was abused because a burglar threatened to kill the entire family if the parent didn’t do it. Wasn’t solved before I left and nothing came up on Google (never forgot names) The idea that someone out there free is that fucked up or that someone would make that shit up is so disturbing to me.”

“Two girls in their 20s murdered in a their car. McDonald’s food in their laps. Windows up. Doors locked. No sign of a struggle.

Was my last case I ever worked. 3 years ago. No suspects have been arrested.

I was an investigator for the medical examiner. My job was to document facts. Not solve the crime. Local law enforcement is responsible for the solving.”

The FBI believes that over nearly two decades a trucker or multiple truckers have been killing women and dumping their bodies along their routes.

In 2004 an FBI wonk notices a trend of bodies being dumped along a commercial trucking route in the south and submits it to a crime tracking database. Texas analyst picks it up and they find dozens of identical cases.

No leads to this day. No suspects. No convictions.”

“The Molly Bish case. A 16 year old girl was dropped off for work at the lake where she was a lifeguard by her mom. She was never seen alive again. This happened in the summer of 2000 in a small town in central Massachusetts, about 30 minutes from where I grew up. I remember seeing missing persons signs all over local business when I was a kid looking for Molly.”

“A local girl went missing about 2 years ago. Whole community and neighboring communities got involved. Had a hashtag they painted on car windows and everything, tried like crazy to find her. The parents still hold out hope, but I’m not convinced they really do, and it’s devastating to watch. I have friends that know the family.

I have 2 young girls, and this is a fear that my job forces me to take home with me, that one day they’ll disappear and that’s it. There are some sex trafficking hot-spots nearby. A week after that girl disappeared, I told my wife she was most likely already dead.”

“Not a criminal investigator but I do CPS / joint investigations. We’ll never fully know what one little girl went through as she was very young (she’s doing very well now), but she had nightmares for years of a big grey man that would come into her room at night. Horrible case of sexual abuse…really shook me.”

“All the people going missing in federal parks. FBI does not track them, guesses are 1,600/yr disappear and some are not found. It happens at an alarmingly high rate compared to other places.”

“At my first department, someone was stringing up dogs in the trees behind houses with their throats cut and bled dry. Serial killer behavior, obviously just killing them to kill them. Worked on that case a couple weeks, but after four or five dogs, it just stopped and my bosses wouldn’t let me work on it anymore with all the “real crime” going on.

I still think it was a future serial killer practicing.”

“My father was a police officer some time ago. While in school his platoon was called with every other policeman in region. A kid was missing. they were looking for him for quite some time, yet they did not found him. He was supposed to be somewhere in small forest near the town he was living in. Kid just sunk. After some time people would contact police and say that kid was seen almost 500 km away – alone. They had many suspects but all got they alibi. The case was open for almost 20 years and was closed like ten years ago.

Will try to find some info about it edit post, but here in Poland we do not put such information to public.”

“My friends mom is a lawyer and she was involved in a case where a teenage girl was raped and murdered in the woods outside a small town with a military base nearby. The person who did it was never found but a teenage boy was wrongly imprisoned for a few years. There are conspiracy theories that a military officer did it and the government covered it up.

I saw a play about it with my friends family but I can’t remember the name of the town. One of the investigators wrote a book about it that was pretty popular a while ago.”

“A guy driving through my town jumped out of his car randomly and has been missing ever since. The story still gives me goosebumps, to my knowledge he/his remains haven’t been found.

So him and two buddies are in the car driving from Florida to Greensboro, NC. They stopped off in Benson, NC off 95, and the guy driving just stopped in the street off the highway, got out and started running (allegedly). No explanation why, they allegedly were not even traveling to people they knew in Benson. Really really strange and scary for such a small town, everyone knows everyone and nothing scary or inexplicable like that happens.

They searched for him for a long time and nothing ever came up.

My best guess is some drug deal gone wrong, maybe they were meeting people out here for something. But why was his body never found?”

“Small town in my state called Bardstown, KY has multiple unsolved murders including a police officer. Most notably a woman named Crystal went missing then the next year or so her father was murdered while hunting. A podcast was started to cover them. Recently there was a festival in town and the city went around taking down signs that said stuff like “solve these murders” and the like. Crazy stuff, lots of conspiracies.”

“I’ve told this story on reddit before under an old account I believe. I’m a retired police officer and this one scared me.

So I was sent to a house at 0300 one winter night for a prowler call. It was an old widowed lady who said a man was in her back yard watching her.

Usually this is dementia or who knows but we went. She let us in the front door and we went to the backyard to shine our lights around and look for anything. It was a mid size yard with a pond and lots of nice Japanese maples etc. Really well taken care of. Were were looking around for about 2 mins when I get to the back fence and I just felt odd. Like I was being watched it was a sense. I shined my light up on the top of the fence and there is a guy in a all black hoodie with the hood over his head perched on the fence not 3 feet from me just watching me. The instant I shined my light on him HE DOES A FUCKING BACKFLIP off the fence into the other yard and runs. We look over the fence to see what direction and he is inhumanely fast. Like odd fast.

We call in the calvary and surround the area and find not a footprint. This was winter and damp out, there needed to be something…but nothing.

A week later she calls and says hes back and dressed as a fucking clown watching her. I drove as fast as I could there and never saw him. She would call every few days to say he was there but every time we never saw him again.

Never in my career was a suspect so nonchalant about us. People just dont sit and watch the cops approach them mere feet away then do backflips off the fence. It was so bizarre.”

So I worked in a major hospital as a CNA in the MICU. We got a guy one night and the story we got was that he was found unconscious in his apartment. The story unfolded throughout the night and the next day and continued to get more and more bizarre.

First, he was hypothermic because the AC had been turned on and it was winter so it was well below freezing in the house. Also, he had some kind of major trauma to his testicles, we didn’t know what because it had been dressed and he was going straight to the OR. One way or the other, this was reported to the police and they reported that they had suspected something because the dog that was at the scene had blood all over his mouth. At this point we were thinking that maybe the dog attacked him and he passed out and somehow he fell and turned on the AC.

The report came back from the OR and they said that the patient’s testicles had been cut out intentionally by “a dull knife.” Now we thought that someone had attacked the guy, cut out his balls, fed them to the dog, and turned on the AC, leaving him for dead. We were thinking maybe he raped someone or something and this was a revenge crime.

The next day he was extubated and conscious. The nurse went in to introduce herself and said something like “we are so sorry that this happened to you.” His response? “Why are you sorry? I did it to myself.”

He had cut out his own balls, fed them to his dog and turned on the AC to kill himself. He was moved to another unit right after this so we never found out any further details.

Easily the most bizarre medical story I have to tell from my years as a CNA. Truly haunting.”