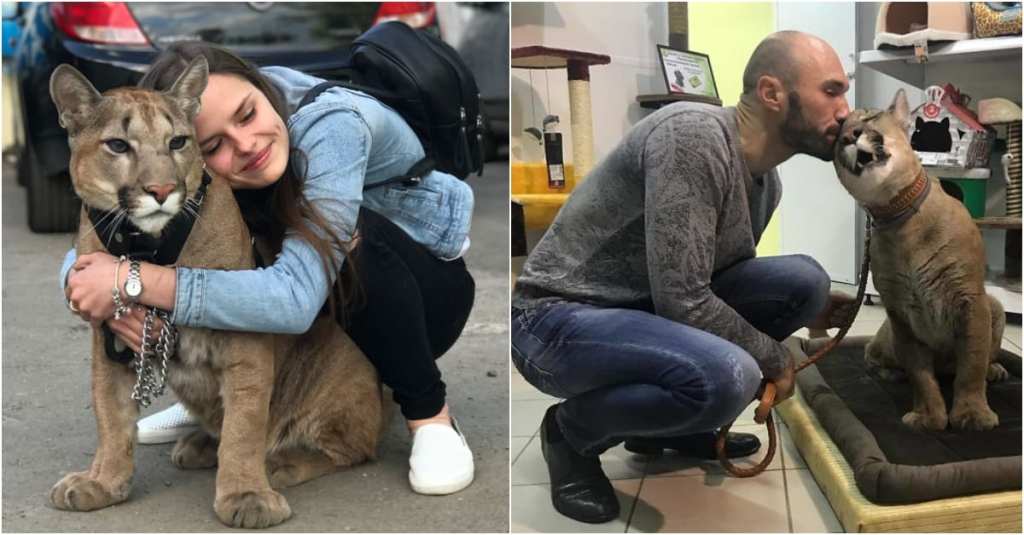 When Mariya and Aleksandr Dmitriev spotted an 8-month-old puma at a zoo in Russia, they knew they had to have him. 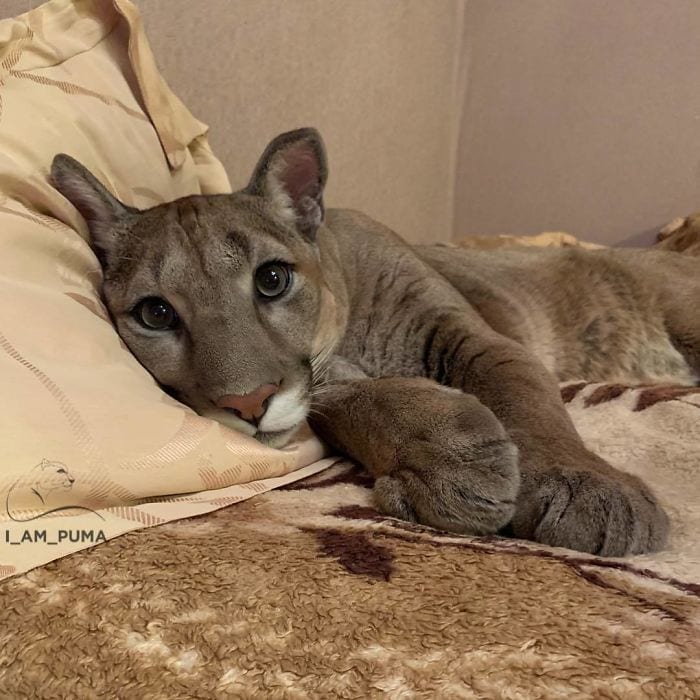 The cub, known as Messi (after the famous soccer star), suffered from health problems and couldn’t be released into the wild – but the couple was still surprised when the zoo agreed to sell the puma to them. 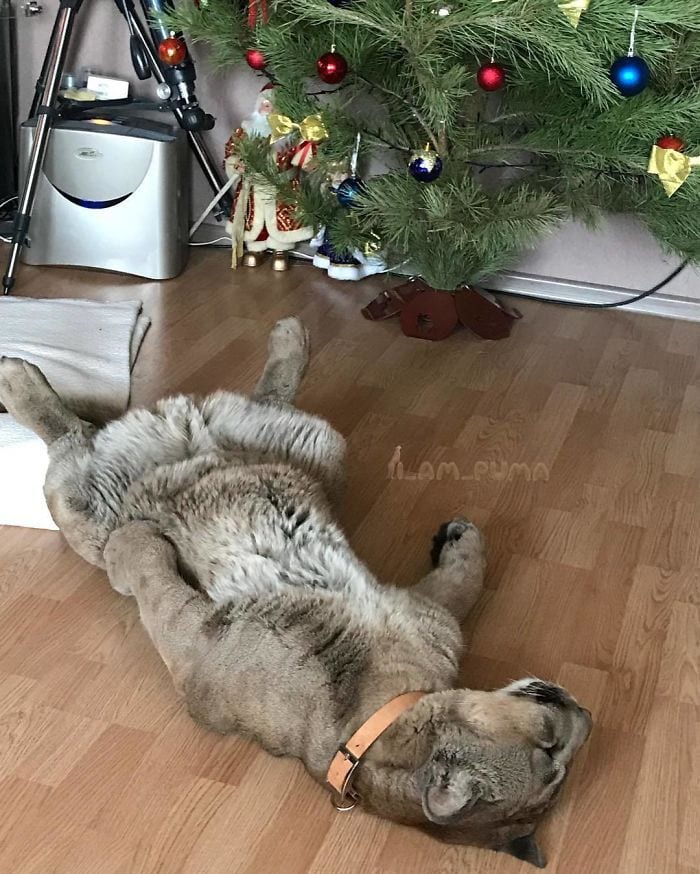 As the Dmitrievs nursed Messi back to health, they learned what seems pretty obvious: caring for a puma is challenging, and Messi demanded a lot of attention. 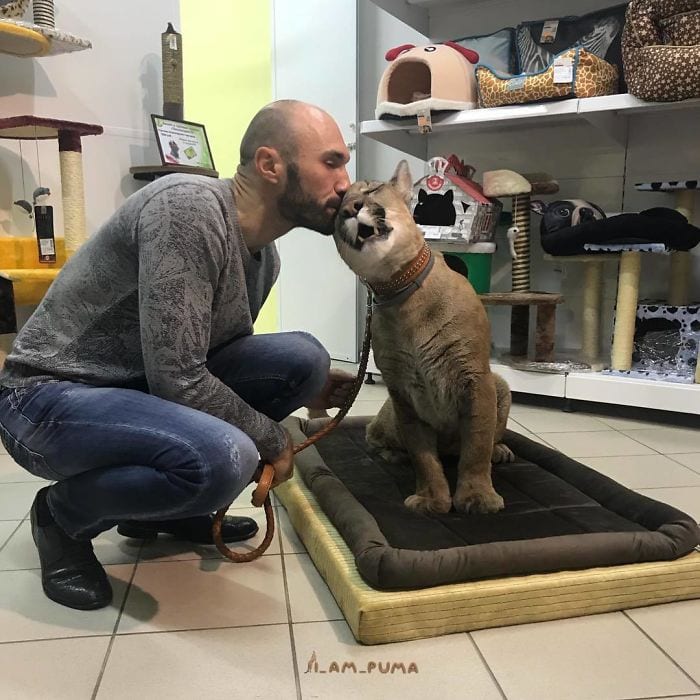 And a lot of exercise: they take him on walks twice a day.

They even brought him to a dog training school, and he now responds to 10 different commands. 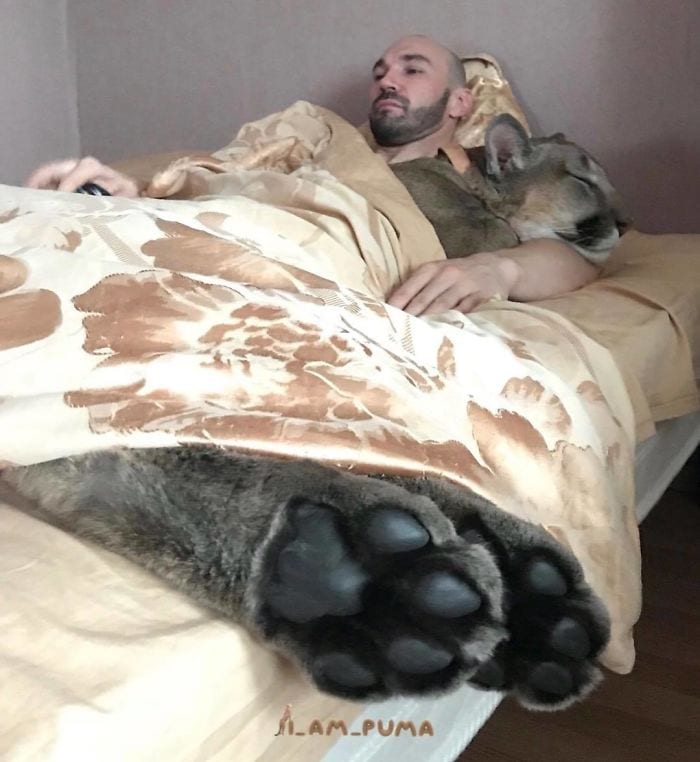 The Dmitrievs treat Messi like a member of the family, and although they live in an apartment, they do their best to accommodate the puma as much as physically possible. 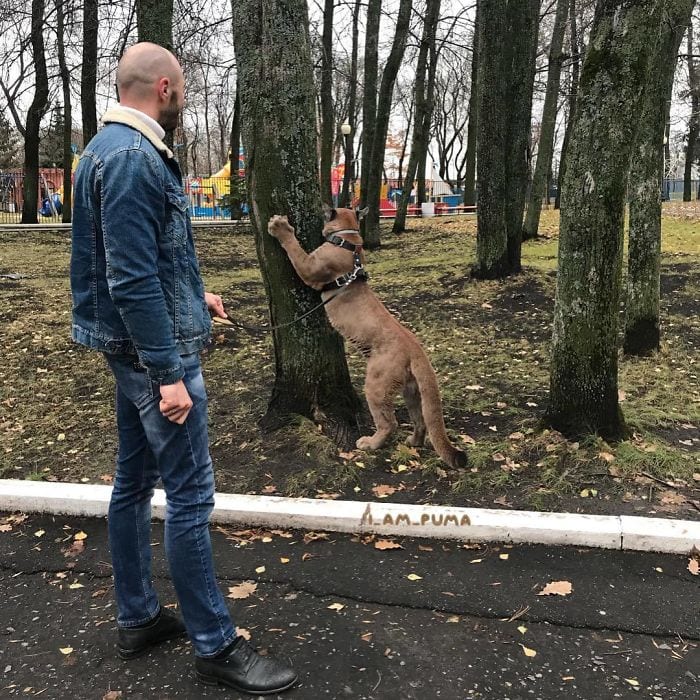 Some animal rights activists have objected to the puma being raised as a domesticated pet, but the Dmitrievs say, “Of course it’s quite dangerous having such a large cat at home, but Messi is a special animal.” 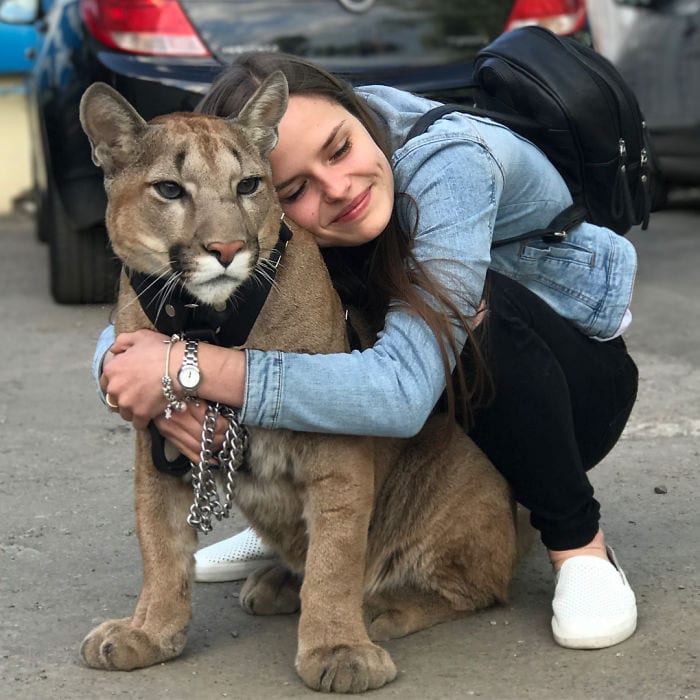 Plus, Messi can’t be released into the wild anyway.

Messi also has his own YouTube channel, where, along with lots of cute videos of him getting bathed in the bathroom tub, there are plenty of examples showing how much he loves his owners. 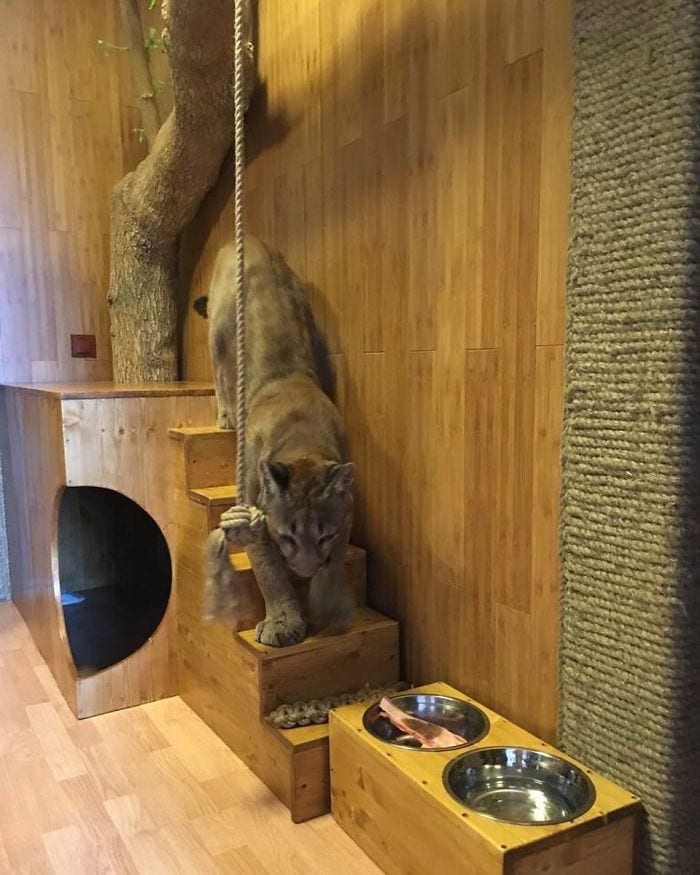 Every day, he waits for Aleksandr to come home from work, staring patiently at the front door, and then loses his mind once it opens and he knows that “daddy’s home.” The short version is on Instagram:

What do you think of Messi’s situation? 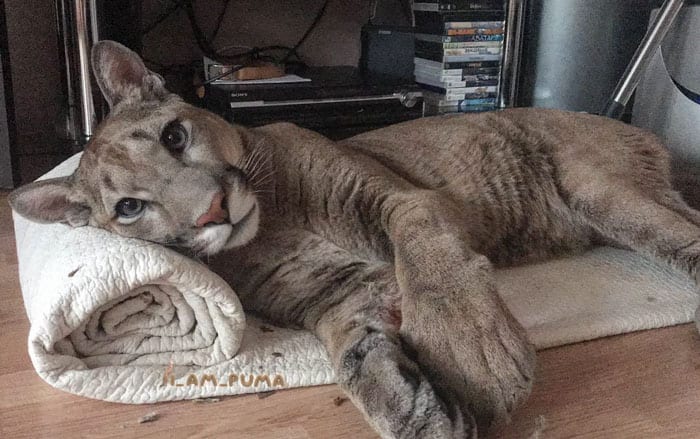 No matter your answer, I’m sure you can’t deny how irresistible that face is!