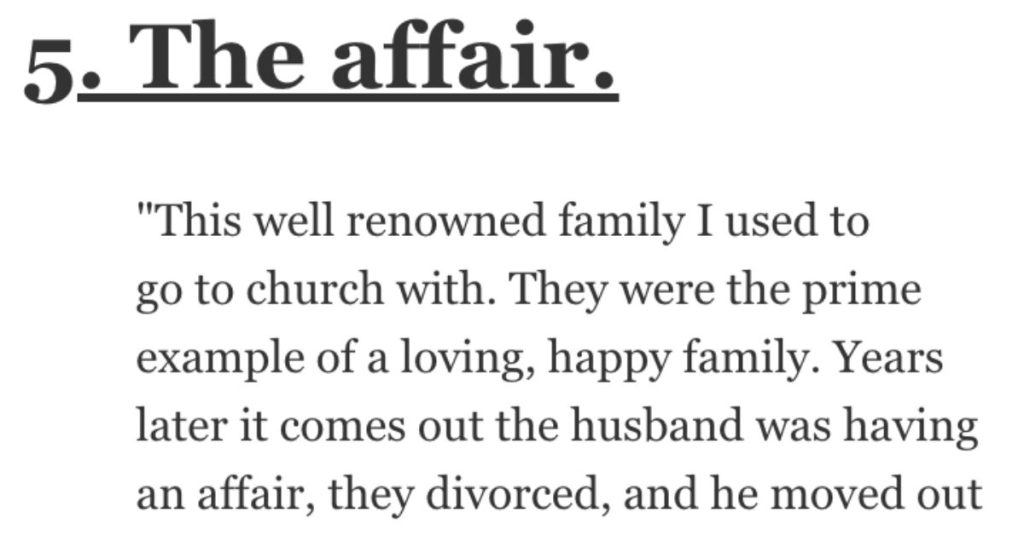 Warren Buffett once said, “it takes 20 years to build a reputation and five minutes to ruin it.”

And it’s pretty true when you think about it, know what I’m saying?

When have you seen a real-life example of this quote?

CEO destroyed the entire company by deciding a winner of their raffle wasn’t “popular enough” to get the prize.”

Uploaded a wrong video, in which she was a**sing her dog.”

A young professional dm’d her on LinkedIn and her nasty response was so profoundly awful it went viral. I think she even had a “communicator of the year” award revoked. After all this, I think she fell off the face of the internet.

She went from someone who functioned as a clearing house for job listings to a household name due to her unprofessional behavior.”

“Had a teacher in high school that everyone loved.

He always helped kids who were being b**lied, fully sat down with us and tried to mediate any conflict in groups as well. No one had a bad thing to say about him. One day a news story breaks that a teacher was caught filming up girls skirts at the mall. Next day our favourite teacher had taken a few “personal days”.

Everyone defended him saying it was only a coincidence that he was gone. We knew it was him when they started talking to girls from our school.

They found footage of up underage girls skirts on his work laptop, 99% were students. He was only caught because he attempted to try it in public and was seen by a security guard and tried to flush the evidence down the toilet. Destroyed his career, family and life.”

“This well renowned family I used to go to church with.

They were the prime example of a loving, happy family. Years later it comes out the husband was having an affair, they divorced, and he moved out of town, the church didn’t accept him anymore, neither did the community.

The family also moved away cause they just couldn’t stay in the same town anymore because the affair caused bad memories, they needed to start over.”

“On the Gold Coast in Australia, the theme park Dreamworld lost all it’s reputation after 4 people d**d in an accident.”

7. It even made the appers.

“A former boss in the Army did it. He was son of a general, airborne ranger, and had a family right out of stepford wives. He was the “perfect” soldier and family man.

Until one day it was found out he was banging an interpreter he met in Iraq. He hid this for a number of years, but it was eventually discovered that he was flying her all around Europe on US Air Force planes in order to keep her close and keep it a secret from his wife.

The Army found out and he was forced into retirement and had to pay several hundred thousand to cover the cost of the misappropriated aircraft.

The divorce proceedings were quite comical as well. Made the military newspapers and everything.”

“I knew a girl who worked her a** off to get into a doctorate school.

She got expelled because she cheated on the first exam and was caught by a professor.”

He was a well-known football commentator on CBS for 12 years until he said on the air that that the practice of coerced breeding during slavery had made modern black athletes superior. His remarks are astonishing to read today:

“The black is a better athlete to begin with, because he’s been bred to be that way. Because of his high thighs and big thighs that goes up into his back. And they can jump higher and run faster because of their bigger thighs.

And he’s bred to be the better athlete because this goes back all the way to the Civil War, when, during the slave trading, the big, the owner, the slave owner would breed his big black to his big woman so that he could have uh big black kid, see. That’s where it all started!””

“At one point, Ryan Lochte was arguably on the way to becoming as big in the swimming world as Michael Phelps.

Then his lies about being robbed at the Olympics torched his reputation and career.”

“Had a supervisor who decided to get blitzed on morphine and al**hol before writing a rac**t, incomprehensible, unprofessional email and sending it to every subordinate.

Every single person turned against him, and he was gone from his job really quickly after that. (And he was tenured and everything). Happened in an instant.”

He was genuinely being described as ‘the new Bob Marley’. Then he appeared on ‘The Word’ and stated that the punishment for homos**uality should be crucifixion.

You can see almost see the exact moment his career ended.”