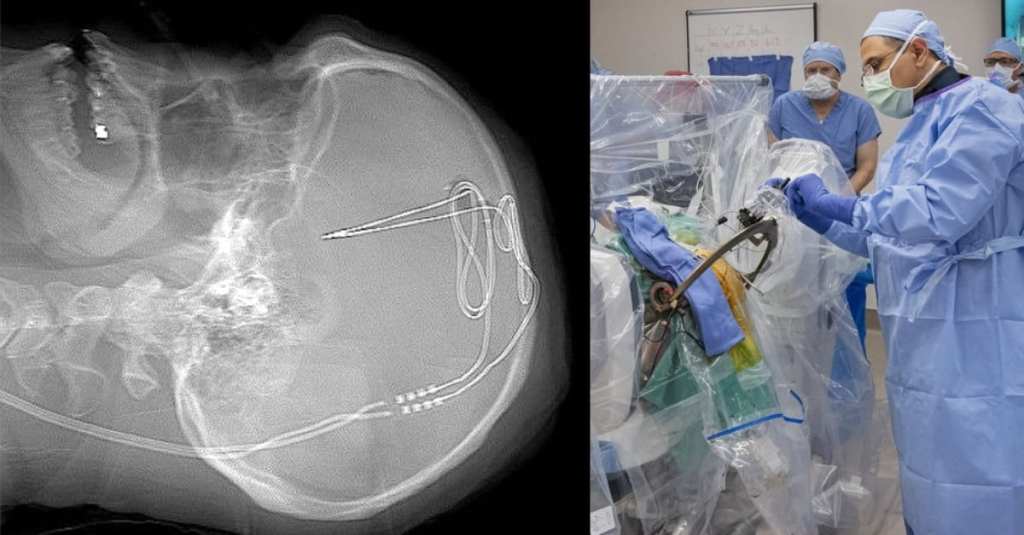 Opioid addiction is a hot topic these days, and many know someone who got hooked on painkillers after an accident, injury, or surgery and then turned to harder drugs when the legal ones ran out.

People are dying, and doctors and researchers are scrambling to figure out how to save them. This chip might be the answer. 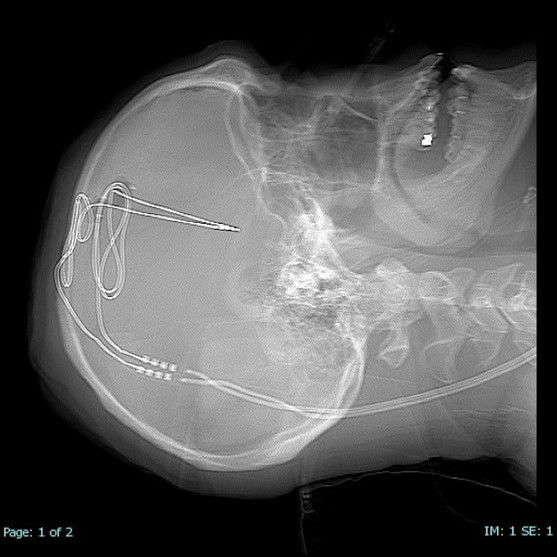 The computer chip is going to be tested in a human subject, planted in the addiction center of the brain, where electrodes will send signals doctors hope will limit his cravings. Three other patients will follow, and hopefully provide enough data that scientists can apply the treatment wider (if it works).

Deep Brain Stimulation is still in its infancy, with most applications being used to control the tremors of Parkinson’s patients, but it has also recently been approved to target epilepsy. The practice involves planting electrodes in the areas of the brain that are malfunctioning, and using electric pulses to try to disrupt them before they can manifest in outward tremors or seizures – or in the case of addiction, the desire to shoot up.

West Virginia University will the first to apply the idea to fighting addiction. Their patients had to qualify for the risky procedures by having failed to respond to other, more routine, treatment programs.

As well as being a stroke survivor I am also a DBS survivor (deep brain stimulation) I can’t express how important it is to know about this let alone dystonia I under went this surgery 3 years ago and although I was scared and unsure if I would be better when I woke up,but my life has changed forever and I haven’t looked back although it’s important to know about dystonia and strokes this is equally important to know about and how helpful it is for people just like me if I can do it so can you!! #deepbrainstimulation

The first recipient, Gerod Buckhalter, had suffered a history of relapses and survived multiple overdoses, despite repeated stints in treatment,

Says Dr. James Berry, a member of the staff at West Virginia University Department of Behavioral Medicine and Psychiatry,

“Despite our best efforts using current, evidence-based treatment modalities, there exist a number of patients who simply don’t respond.

Some of these patients remain at very high risk for ongoing catastrophic health problems and even death.

DBS could prove to be a valuable tool in our fight to keep people alive and well.”

Deep brain stimulation is now being used as a possible treatment for individuals with severe substance use disorders. By being able to stimulate an area of the reward circuitry called the nucleus accumbens, people may be able to control their use of substances! Go science!

Doctors have also tried to use DBS to alter outcomes in Alzheimer’s patients, but the results of those studies have yet to be published. Hopefully, DBS was successful in helping them restore memory, or at the very least, to slow its decline.

No one is looking for Deep Brain Stimulation to have all of the answers, or to be a magical cure. Like all drug treatment, researchers and patients alike are hoping that the electrodes will ease the cravings enough that Buckhalter – and others like him – will be able to breathe well enough to fight off their own demons.

I don’t know about you, but I’ll be waiting on the edge of my seat to find out whether or not it works.