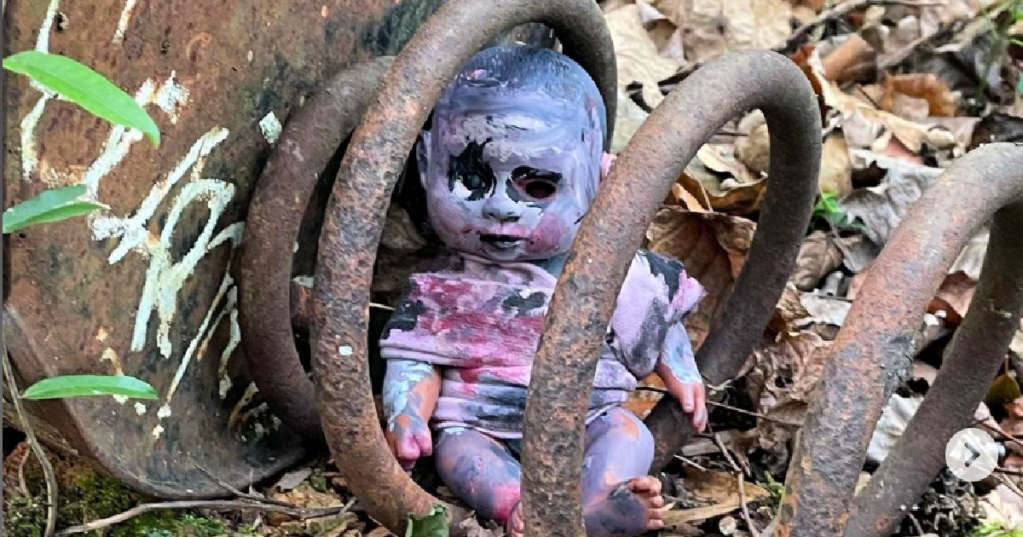 Searching For A Creepy Hike? Look No Further Than Atlanta’s Doll’s Head Trail

There are two kinds of people in this world – people who think baby dolls are sweet and cute and don’t mind hosting them in their homes and the rest of us, who think they’re creepy and quite possibly possessed by demons on a regular basis.

If you’re the latter type who is also the type of person who loves that s*%t, then a hike along Atlanta’s Doll’s Head Trail might be just what the doctor ordered.

The trail is part of Constitution Lakes Park in Atlanta, GA, and is just what it sounds like – a trail decorated with doll’s heads – and let me tell you, it’s as unsettling as you’re imagining.

The park used to house a 19th century brick factory, which was abandoned more than 50 years ago, and has since been reclaimed by the surrounding wild. There are abandoned clay pits filled with water, which eventually became the “lakes,” and in 2003, Dekalb county purchased the site and installed public trails.

On one of those trails, one can encounter dozens of disembodied doll heads, many of which are displayed…artfully (?) and accessorized in ways that are sure to give at least some of us nightmares.

We can thank local carpenter Joel Slaton for this creation, because he says he was “inspired” by discarded junk as he hiked through the park. He used those recovered items to create pieces that now line the trail, including the broken and unwanted doll parts.

Slaton invites anyone who visits the park and is similarly inspired to add to his installation, and asks only that they use found materials only and that they don’t disturb anything that is already displayed.

If this sounds like it’s totally up your alley – or you just really want to see it at least once for yourself – head to 1305 South River Industrial Boulevard SE.

If you think maybe a virtual look is more your speed, check out this video for an arm’s length sneak peek.

Will you be visiting the doll’s head trail yourself or keeping your distance?

I’m not going to be making a special trip, but I don’t know – I might have to put it on the list the next time I make my way to Atlanta.