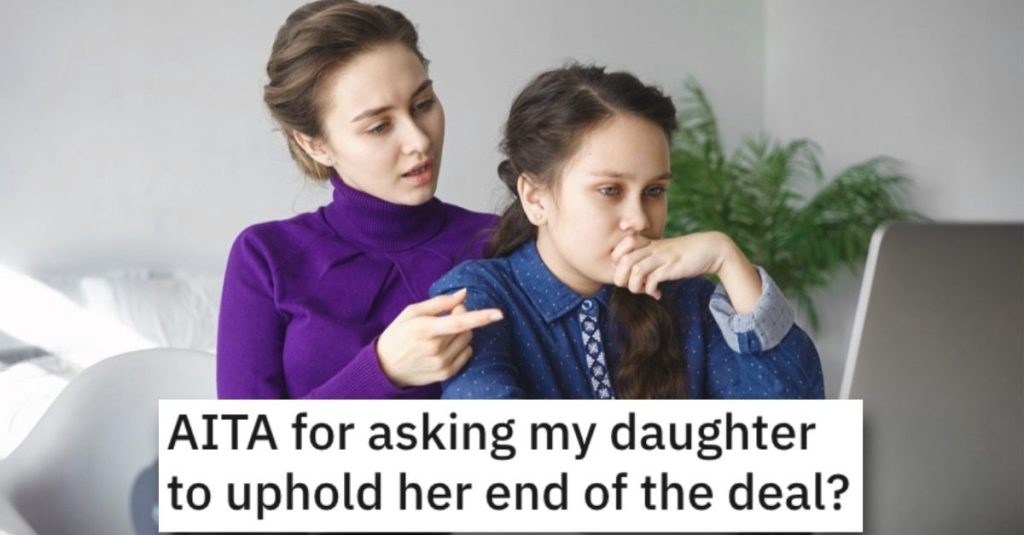 She Asked Her Daughter to Hold Up Her End of the Deal. Was She Wrong?

Part of raising kids is to teach them responsibility and to follow through with their obligations, right?

Absolutely! To a degree, at least…

So is this mom wrong for asking her daughter to hold up her end of a deal they made?

Read the story she posted on Reddit’s “Am I the A**hole?” page and let us know what you think.

AITA for asking my daughter to uphold her end of the deal?

“Honestly, I don’t even feel that this situation needs to be on Reddit but my daughter, husband and many of my family members are calling me an a**hole and I’m really not sure anymore.

For context, four years ago, when my daughter was 12, she desperately wanted a pool. She said that all of her friends had pools and she was the only one who didn’t have one, plus she loved swimming. She insisted that she would use it daily in the summer.

My husband and I could afford one, but as I’m sure some of you know, pools are very expensive and neither of us really like swimming so we wanted my daughter to understand the cost she was asking for. We made an agreement that we would install a pool but that once she was old enough to start working, she would pay us back for half of it. She quickly agreed.

Well, flash forward to now. She’s 16 and just got her first job, and now she wants to save up for a prom dress she really likes. I reminded her of our agreement about the pool and she no longer wants to uphold her end of the agreement. I insisted, threatening to take away phone and car privileges if she doesn’t pay her father and I back.

Now, she won’t speak to me. My husband is agreeing with her, saying that we can’t have honestly expected a twelve year old to keep her end of the agreement. For me, this isn’t even about money — it’s about teaching my young daughter the right morals to live life with. I don’t want her to think she can just go around making deals for her benefit and then just not upholding them.

One person said she’s an a**hole and that she is very misguided. 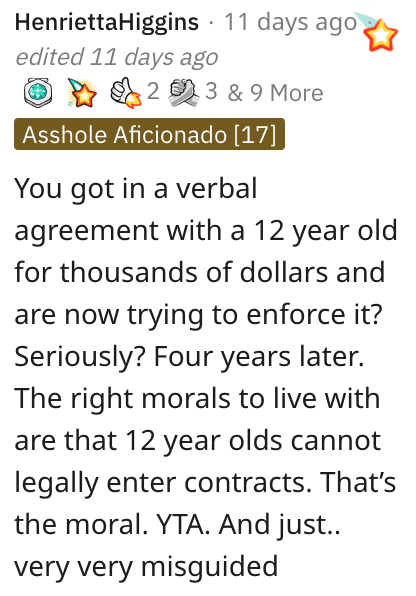 And this person said they think this mom is teaching her daughter a valuable lesson and this will help her in the long run.