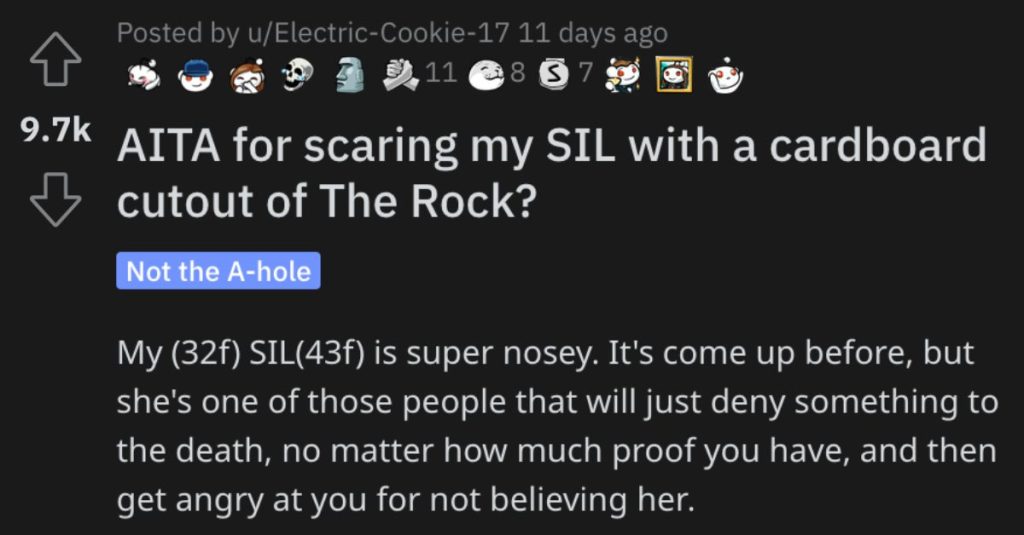 She Scared Her Sister-In-Law With a Cardboard Cutout of The Rock. Is She a Jerk?

Do you smell what The Rock is cookin’…?

I guess I can understand how someone would get absolutely terrified by encountering a cardboard cutout of that HUGE man known as The Rock.

But was this woman an a**hole for scaring her sister-in-law like this?

You be the judge! Start now!

AITA for scaring my SIL with a cardboard cutout of The Rock?

“My (32f) SIL(43f) is super nosey. It’s come up before, but she’s one of those people that will just deny something to the death, no matter how much proof you have, and then get angry at you for not believing her.

At my house, the guest bathroom is partially shared with the master bedroom. (The toilet and sink are separate for guests, and then through a door you can get to the shower, our closets, and another sink, then through an additional door is the bedroom … if that makes any sense). Basically, you can get into our bedroom through the bathroom without going through the main door.

So, when she comes over, she would sometimes take just a bit too long in the bathroom. During maybe the 3rd or 4th time, I happened to be walking by the bathroom and heard 2 doors close. I asked her if she’d was looking for something in the bedroom, and if I could help her find it. She replied with “no, why would I go in your bedroom?” And then changed the subject.

The next time she was going to come over, I set something small behind the bedroom door, so I could see if it had been opened by the small item being pushed back. Later, I could see that it had been. So, for me, confirming that she had been snooping again.

I asked directly if she’d been in our bedroom, and she said something like “I don’t care what’s in your bedroom, get over yourself.” So yesterday, SIL and BIL came over. But before that, I ordered a full sized cutout of Dwayne Johnson, which I placed in our bedroom, facing the bathroom door.

About an hour into the visit, she heads into the bathroom. Very shortly after, there’s a scream, a thud, and a door slam.

She came out, clearly angry. She’d been quite startled and slammed her upper arm into the door frame while turning away from the cutout. BIL made it worse be asking “well why were you in their bedroom?”

But she didn’t answer, and they left. She’s posted on facebook that she has a big bruise on her arm, as a result of my “nasty prank.” People are saying she could have been hurt worse and that she’s too old to be the victim of a childish prank.

I feel badly that she was hurt. It wasn’t my intention. But I might be the a**hole because I still think it was hilarious.”

One reader said she’s NTA and that this was actually hilarious. 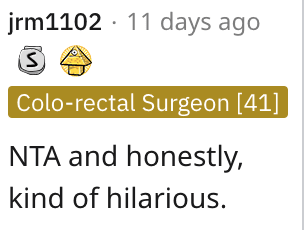 Another reader agreed and said the SIL got what she deserved. 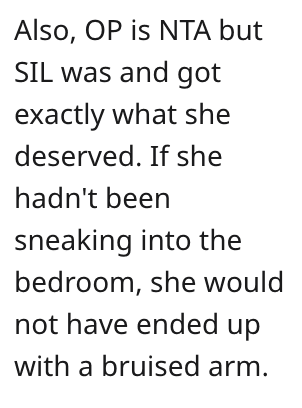 And this individual said this is one of the few examples of pranks on AITA that are actually funny. 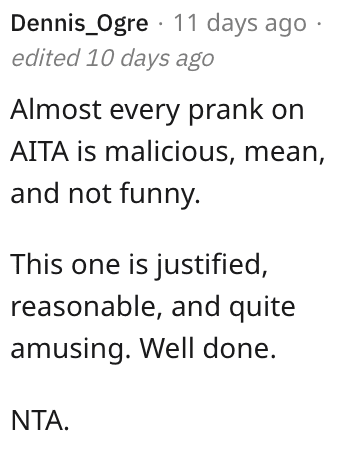