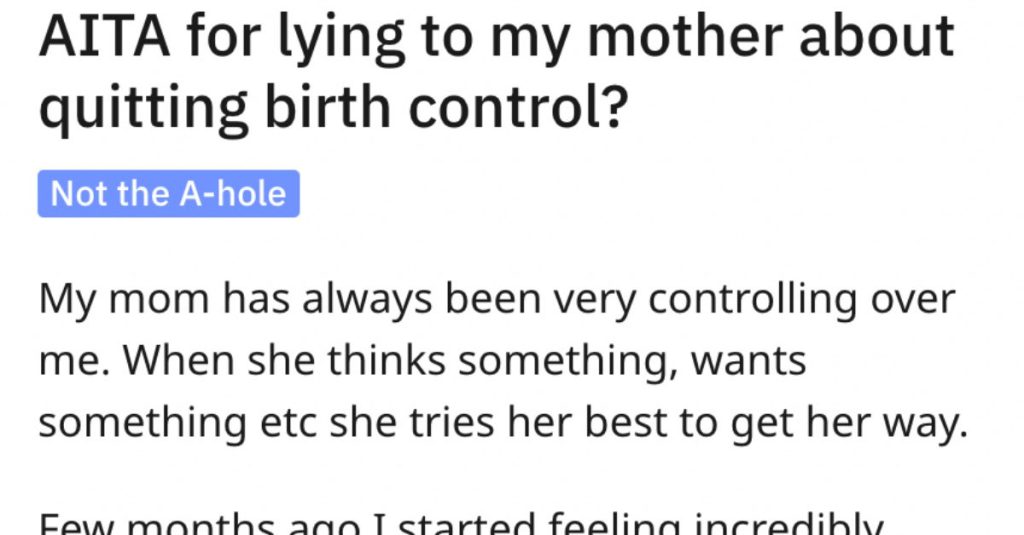 Should Your Mother Have Any Say In Your Birth Control Decisions?

Birth control is one of the most personal decisions that a person makes in their life. We weigh the options, we work with our doctors to find out what works for us, and we definitely decide with ourselves and a partner when and if we’re going to stop taking it.

This person’s mother, though, thought she should stop taking hers to improve her mood – and she refused to take no for an answer.

OP thought that other factors, like her new full-time job and upheaval in her relationship, were more likely to blame than the birth control she’d been on for some time, and didn’t want to quit.

My mom has always been very controlling over me. When she thinks something, wants something etc she tries her best to get her way.

I eventually told her I’d consider it, but she just forced me to quit. She would constantly ask me when the last day was to take my pill.

Finally, she told her mother she quit and even let her know when her last dose would be. Things improved as far as her mood, and her mom was happy – but OP never quit the pills at all.

I told her I quit and a few months went by and of course she says I’m much less moody, more myself and that she is glad I quit.

But I never quit. I lied to her.

Wanted to see if it was REALLY my birth control. Work is still stressful, but I feel more comfortable there and my boyfriend and I are great again.

When she revealed the lie to her mother, she was furious and feels betrayed, etc, and doesn’t understand why her daughter would lie to her like that.

Yesterday she again told me how much I changed, how happy and relaxed I am and that she is still glad how I quit birth control. So I told her I never quit. How it was other things causing my anger etc.

She was furious with me. She demanded why I would lie to her for so long and she feels betrayed.

OP told her that her birth control is none of her business, but even though she feels strongly that she’s right, she still feels like she might be a jerk for lying to her mom about it.

I told her I don’t owe her anything. If I want to take birth control or not… It’s not up to her and that I felt she interfered too much with me and birth control. She still thinks it’s not fair I lied to her about it.

Reddit is weighing in below, so let’s see how they feel about deliberate untruths at home, eh?

The top comment suggests that not only is OP not in the wrong, here, but that she might consider keeping her birth control under lock and key. 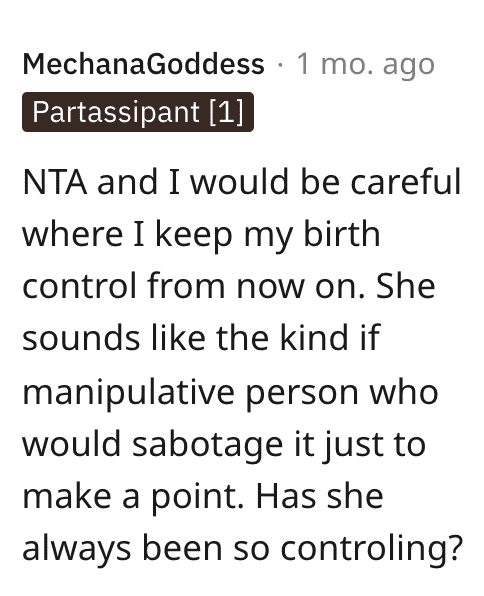 Other people thought OP should go as far as to move out, even though we know that’s easier said than done in some situations. 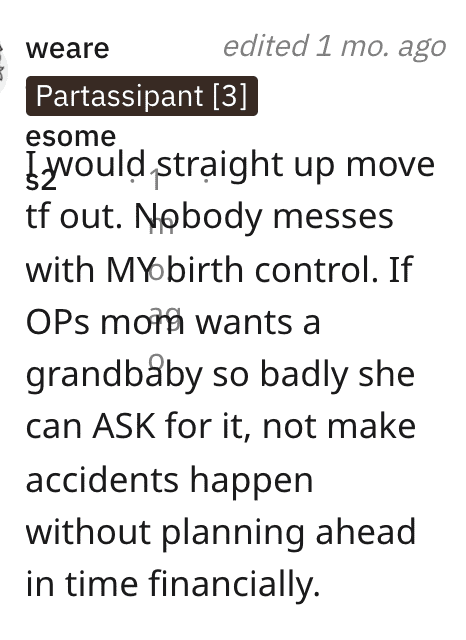 This person also thinks moving out should be considered, but only after some serious preparation. 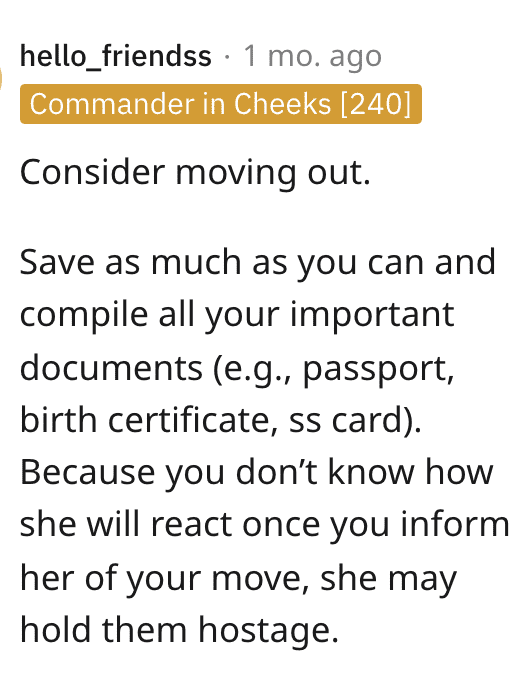 It’s ok to set boundaries, even with your parents. 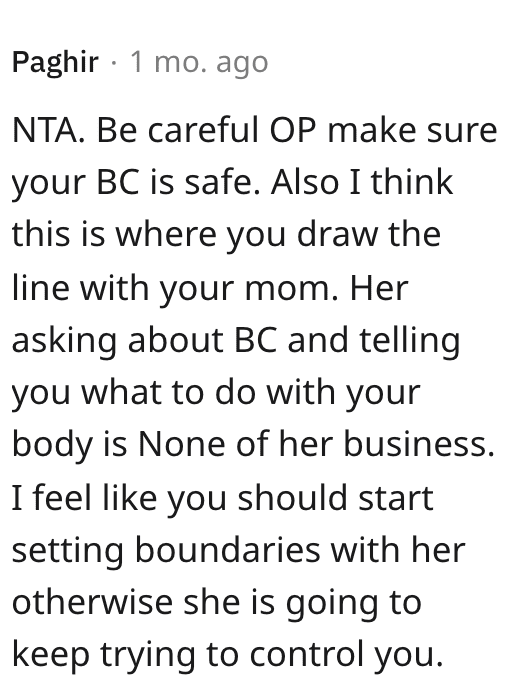 If she’s really worried, she could always switch to a more permanent birth control method. 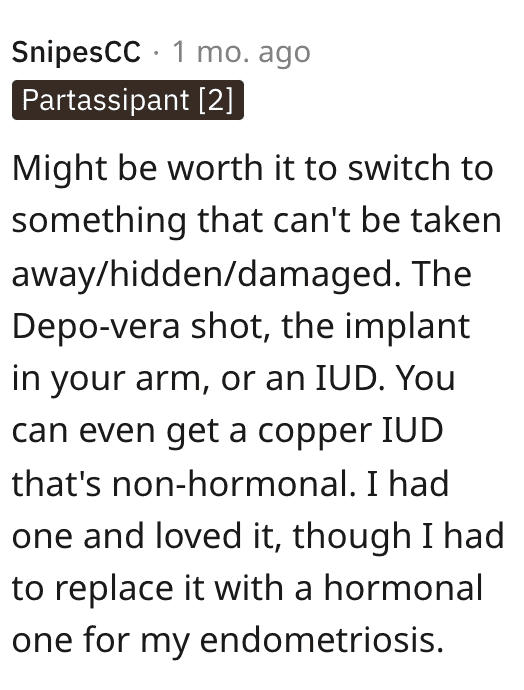 There’s being a concerned parent, and then there’s this – which definitely tips into controlling territory.

Do you think she was wrong to lie? Tell us why or why not in the comments!