The Slavemaster: The Murders of John Robinson

Back in the early days of the Internet, when chat rooms were all the rage, the danger of who might be lurking in the dark corners of the web was still relatively unknown. The vast network offered up new possibilities for people to connect with likeminded individuals and to explore any topic they wanted, no matter how taboo or outrageous. Unfortunately for a number of Kansans, a man named John Robinson figured out very early on how to exploit this new avenue of technology to get what he wanted: to imprison and murder unsuspecting women.

Friends and neighbors of John Robinson regarded him as an affable, churchgoing family man in northeast Kansas, a stone’s throw from Kansas City. But under the facade of doting husband and father was a dark, violent man wrapped up a fantasy world where he manipulated, controlled, and eventually killed women he viewed as his slaves.

Robinson was born in Cicero, Illinois and moved to Kansas City in 1964. His first arrest came in 1967, when he was charged with embezzling over $30,000. He received 3 months probation. It was the beginning of a pattern: he was fired from his next job for stealing, and then yet again in 1970 for another theft. Robinson and his wife moved back to the Chicago area, but the story was the same there as well – his new employers discovered he had embezzled over $5,000 from them, and he was fired once more. He was only able to avoid jail time because his father lent him money to pay back the corporate funds.

Robinson returned to Kansas City and started his own company handling other institutions’ finances, but his main goal was to continue to embezzle money and bilk others for as much as he could. The law caught up to Robinson again in 1976, and he was once again placed on probation. Although he had been caught a number of times, in under a decade Robinson had developed into a seasoned con man and habitual liar. 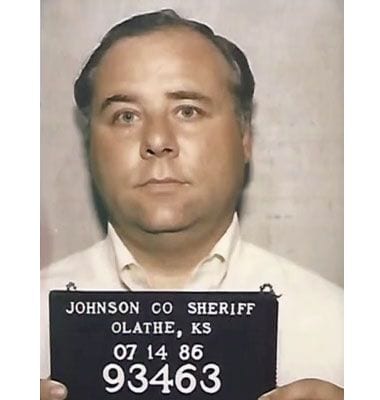 By 1977, Robinson and his wife had four children, and they moved the family across the state line to Johnson County, Kansas. Robinson continued his ‘entrepreneurial’ ways, and his neighbors were impressed with his business knowledge and success. But the police came calling once again in 1980, when Robinson was again charged with forgery and embezzlement, for which he served 60 days in jail. Throughout this time, Robinson was also carrying on affairs with different women, and he was involved in a secretive S&M and bondage lifestyle that his wife, children, and neighbors knew nothing about. Later, he even claimed to have joined a sadomasochistic cult and risen to the position of “Slavemaster.” Then, in 1984, John Robinson graduated from theft and illegal financial schemes to murder.

In 1984, Robinson started yet another phony business and hired a young woman named Paula Godfrey to work for him. Robinson told the 19-year-old Godfrey that he was going to send her to Texas for training for her new job, and, soon later, Paula Godfrey disappeared without a trace. After some time not hearing from her, Godfrey’s family filed a missing persons report. Then, only days after filing the report, Godfrey’s family received a letter in the mail. The letter, supposedly from Paula, stated that she was doing just fine and did not want to have any contact with her family – and it was signed in her own hand. Since Godfrey was of legal age, the search was dropped. No trace of her has ever been found.

Robinson struck again in 1985, when he befriended a down-on-her-luck single mother named Lisa Stasi. Robinson had dreamed up an elaborate ruse: using a fake name, he convinced social workers at Kansas City’s Truman Medical Center that he ran an organization that helped out young, unwed, pregnant women and new mothers. Remarkably, the staff at Truman Medical Center connected Robinson with Stasi and her baby daughter, Tiffany. Robinson told Stasi he would get her job training in Chicago and Denver. After a brief stay in a hotel, Robinson asked Stasi to sign four blank sheets of paper and to provide him with the addresses of her relatives so he could let them know she’d be headed out of town for her job training. Lisa Stasi disappeared, and John Robinson “adopted” baby Tiffany to his brother and sister-in-law, inventing a backstory that Tiffany’s mother had committed suicide. Robinson’s brother had been unsuccessful in his previous attempts to adopt, so he and his wife gladly signed the paperwork and paid Robinson for what they believed was a legal adoption. 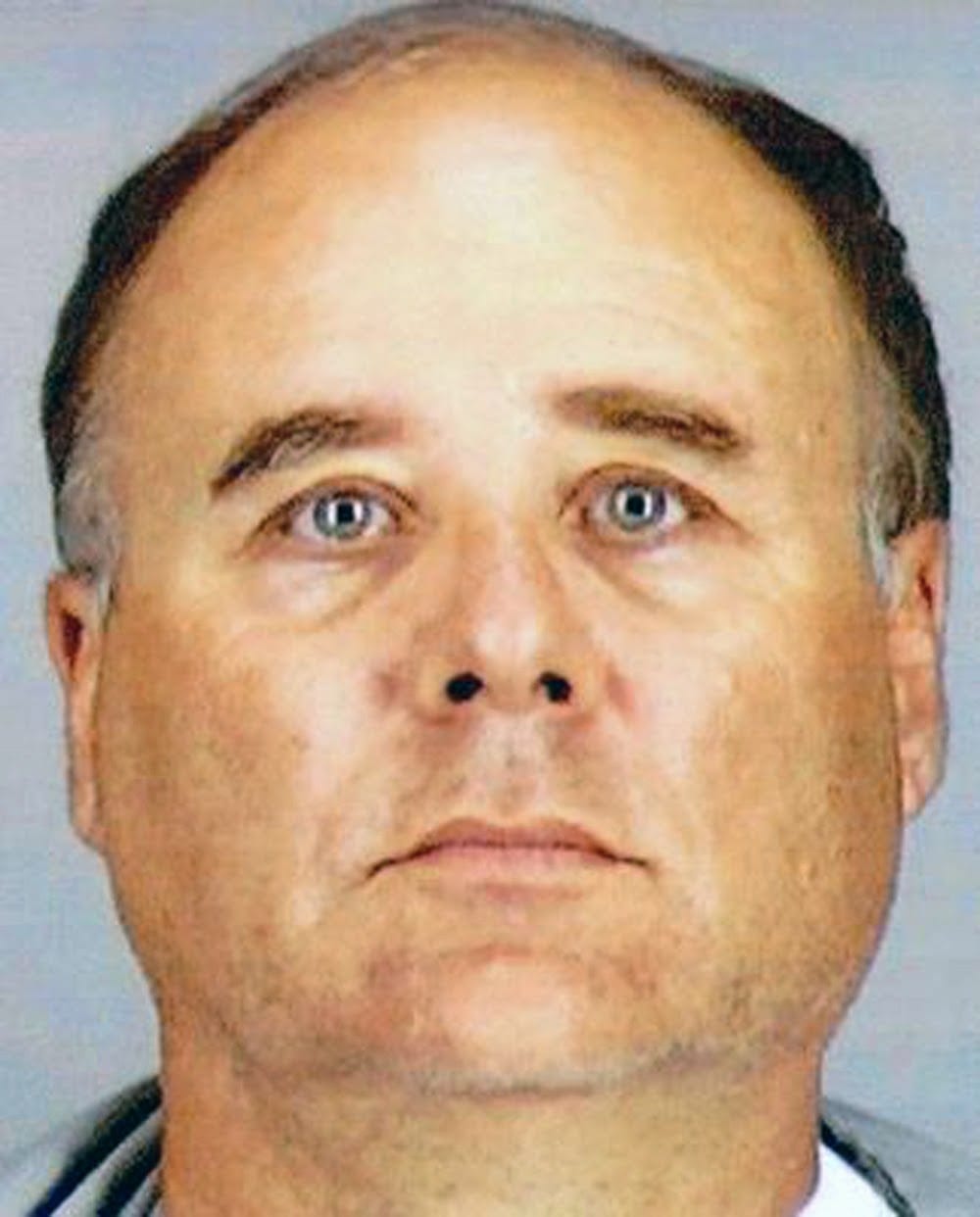 Robinson continued to use his elaborate ruses and promises of job training and a better life to lure young women to their untimely deaths. Then, in the 1990s, Robinson discovered a new tool to help him take advantage of and kill women: the Internet. He took the online name “Slavemaster” and stalked the web for women who enjoyed playing submissive roles during sex. In his first known online ruse, Robinson convinced Sheila Faith, a 45-year-old woman from California, and her disabled 15-year-old daughter to relocate to Kansas under the auspices of helping out with the young girl’s medical bills. Faith and her daughter were never seen again after they moved to the Midwest.

Sadly, more women relocated to Kansas, attracted to Robinson’s charm, his sexual domineering, and his boasts of wealth. They all disappeared once they reached Kansas. By 1999, authorities in Kansas had grown suspicious of John Robinson due to his links with several missing women, but they did not have hard evidence he had committed any crimes. Then, in the summer of 2000, a woman leveled a sexual battery charge against Robinson, claiming that he had stolen her sex toys. Police jumped on the opportunity to search Robinson’s property in rural La Cygne, Kansas. On the property, police found the remains of two women who had been missing since the previous year – stuffed in 85-gallon drums. 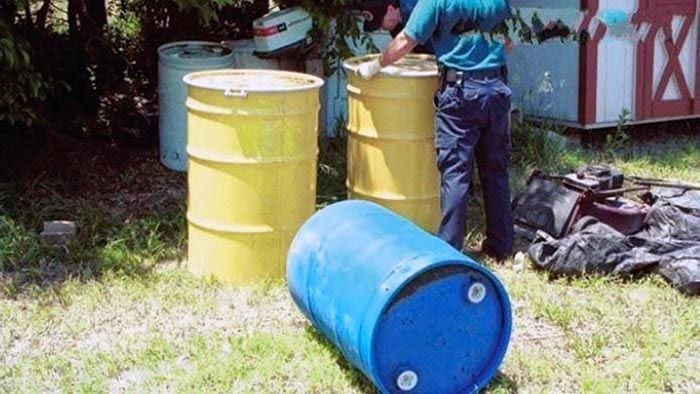 Police across the state line in Missouri searched Robinson’s storage facility and found the bodies of three more women, also in large chemical drums. All the victims had been killed by a blow to the head with a blunt instrument. Robinson was charged with murder and sentenced to death after his 2002 trial, the longest criminal trial Kansas had ever had. 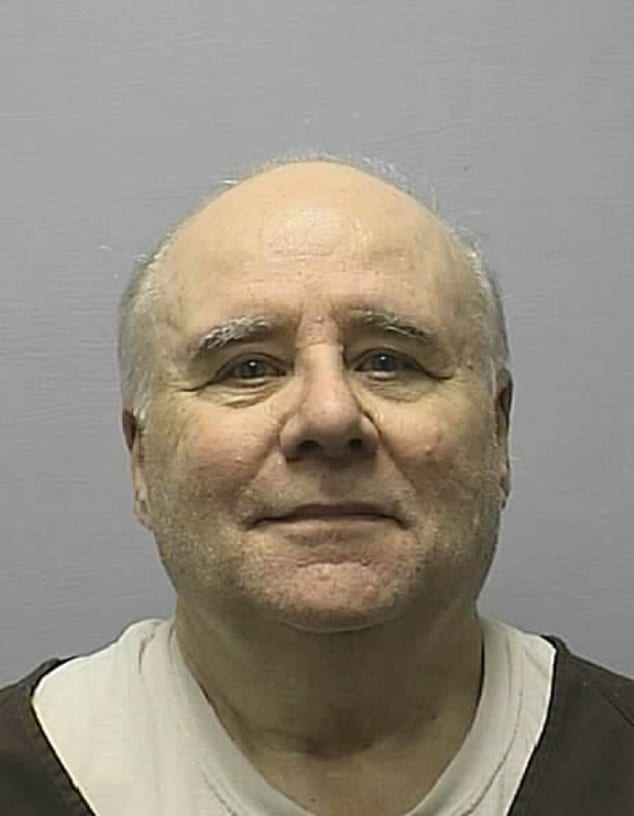 Police are certain that John Robinson murdered 8 women, but they suspect that the total may be much higher. After a lengthy appeals process, Robinson’s death sentence was upheld in court in November 2015.

Want more true crime? This video below is a story about one of the strangest and most spine-gripping unsolved murders in history. The stunning disappearance of not one, not two, but five children in a single night. This is, in my opinion, one of the weirdest crime mysteries of all time.

Watch the video to find out what happens:

“Say You Love Satan”: The Case of Ricky Kasso, the Acid King
The “Co-Ed Killer”: The Twisted Life of Edmund Kemper
The Irish Assassin: Vincent ‘Mad Dog’ Coll
4 Unsolved Murder Cases That Will Give You The Creeps
This Man Thinks He Knows Who The Zodiac Killer Is – His Father
“Born To Raise Hell:” Richard Speck and the 1966 Chicago Nurse Murders