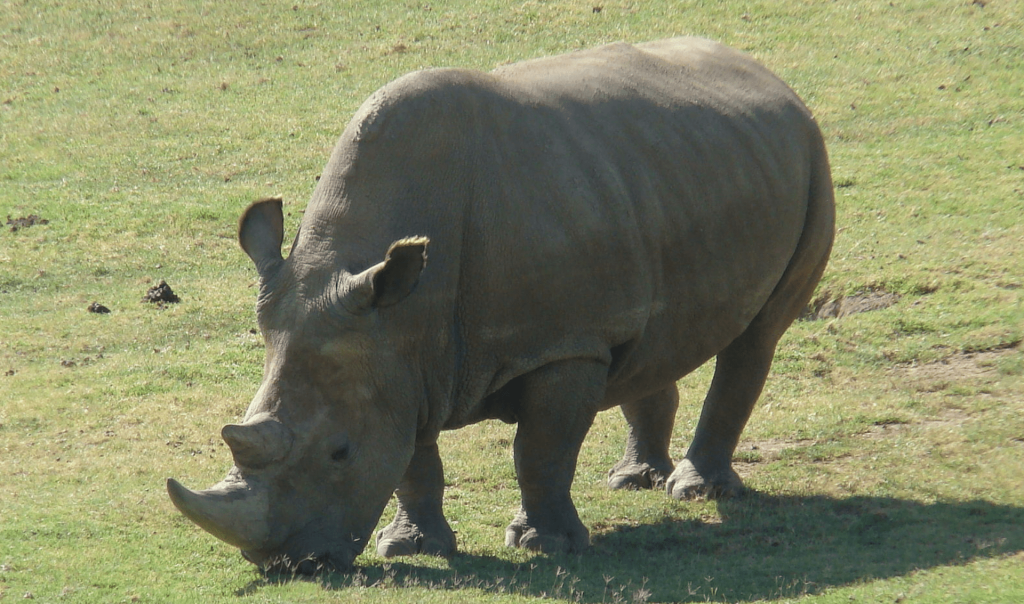 Thanks to Lab-Created Embryos, the Nearly Extinct Northern White Rhino Might Live On

For all the destruction and mayhem that humans have caused around the planet, sometimes we actually do some good things, too. Things like preventing (hopefully) the complete extinction of the northern white rhino.

An international team of researchers & conservationists drew on IVF procedures to create two embryos of the near-extinct northern white rhino in a landmark effort to save the species. #LifeSciences #Research Full story: https://t.co/ocLJ14PMA6

But scientists recently announced they were able to extract immature eggs from the two remaining females, and the eggs were flown to a laboratory in Italy.

BREAKING NEWS – WE NOW HAVE TWO NORTHERN WHITE RHINO EMBRYOS! We are happy to announce that two northern white rhino embryos have been successfully matured and fertilised. This development marks a turning point in the race to save the northern white rhino from near extinction. The two embryos were created using eggs collected from Fatu, the youngest of the two northern white rhinos and frozen sperm from Suni a deceased northern white rhino male. The embryos are now stored in liquid nitrogen and will be transferred into a surrogate southern white rhino female in the near future. To make this procedure a reality, Fatu’s eggs were injected with Suni’s sperm while Najin’s eggs were injected with Saut’s sperm. Saut’s semen was of really poor quality and scientists had to thaw additional samples to find viable sperms for the procedure. Unfortunately, Najin’s eggs did not make it to a viable embryo despite the fact that one egg initiated segmentation. This landmark effort was achieved at Avantea Laboratories in Cremona, Italy thanks to Prof. Cesare Galli and his team. We have only gotten this far because of your unending support. To be part of the journey towards making a northern white rhino, go to donate.olpejetaconservancy.org/projects/sudan ? ? Jan Zwilling, Ami Vitale, Cesare Galli @kenyawildlifeservice @tourism_wildlifeke @leibnizizw @biorescue_project @bmbf.bund @leibnizgemeinschaft @safariparkdvurkralove #OlPejeta #NorthernWhiteRhino #OvumPickUp #NorthernWhiteRhinoRecovery #NajinandFatu

The eggs were then injected with sperm from two dead male northern white rhinos. Only two of the eggs from one of the rhinos developed into viable embryos, and they were immediately frozen. Because Fatu and Najin can’t carry a pregnancy, the embryos will be transferred to a surrogate mother—a southern white rhinoceros.

With Najin and Fatu, the last two northern white rhinos, unable to carry a pregnancy, the future of the northern white rhino species solely depends on artificial reproduction. ? Over the past few years, scientists have been working very hard on perfecting a procedure for both harvesting and fertilisation in vitro. ? The successful harvest of 10 eggs from the northern white rhinos yesterday (August 22nd, 2019) means that scientists are now closer to saving the species from complete extinction. ? @amivitale ——————————————————————— @kenyawildlifeservice @tourism_wildlifeke @leibnizizw @biorescue_project @bmbf.bund @leibnizgemeinschaft @safariparkdvurkralove ? #OlPejeta #NorthernWhiteRhino #OvumPickUp #NorthernWhiteRhinoRecovery #NajinandFatu #SaveOurRhinos #OnlyTwoLeft #EndExtinction

Jan Stejskal, Director of Communication and International Projects at the zoo in the Czech Republic where Najin and Fatu were born, said:

“Five years ago it seemed like the production of a northern white rhino embryo was [an] almost unachievable goal — and today we have them. The technique for collection of eggs was developed in cooperation with many European zoos and we are happy that this unique cooperation can continue even with attempts at successful embryo transfer.”

Scientists must now transfer the embryos to a surrogate mother and track the embryos’ development into fetuses. From there, scientists still face an enormous uphill climb—the species lacks genetic diversity, and there are very few ways to get it back once there are so few individuals left. Plus, rhinos are slow developing creatures, so to rebuild the population in any meaningful way will take decades.

Sadly, the northern white rhino reached this point mainly due to poaching—they were targeted for their horns, which, though they have no medicinal properties of any sort, are highly prized in traditional Chinese medicine.