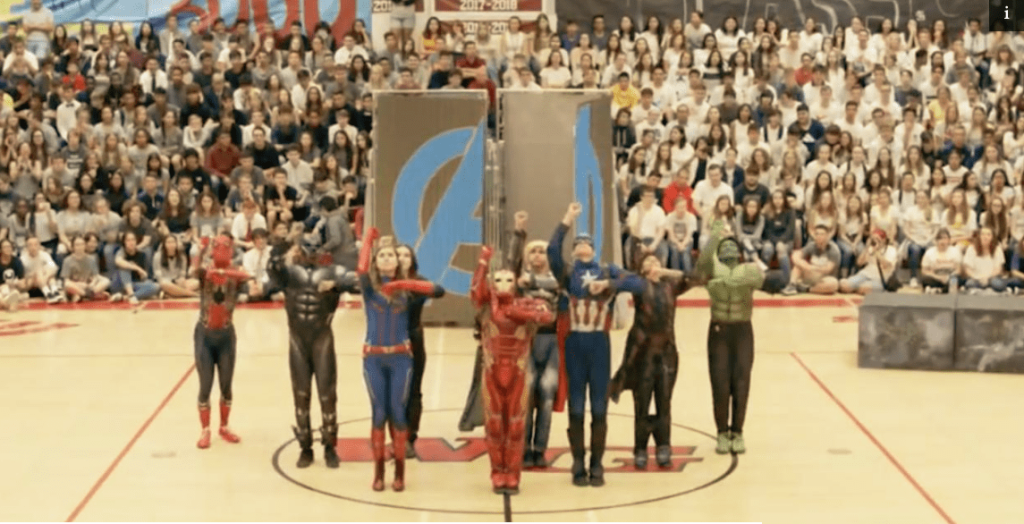 “The Avengers” Performed Perfectly by a High School Dance Squad

The PAC Dance Team of Arizona’s Walden Grove High School recently went viral with a perfectly executed The Avengers dance routine. This comes a year after they went viral for a Harry Potter themed dance. In fact, this is their third time their choreography and costumes have taken over the internet – so they’re very legit.

This time, the PAC Dance Team dazzled at their Homecoming assembly with a routine based on Marvel’s Avengers: Infinity War and Avengers: Endgame.

The dancers were out of this world. Watch below:

The group performed to hits like Snap Yo Fingers by Lil Jon, Bohemian Rhapsody by Queen, and Intergalactic by the Beastie Boys. They also included dialogue from both films for added drama.

For seven minutes, dancers battled it out, good guys versus bad, for control of the universe, with the Avengers emerging victorious (obviously).

Since its posting last week, the video has amassed over 2.5 million views. And it’s no wonder! These dancers are so talented and creative, and they really know how to please a crowd.

A few years ago, the troupe auditioned for America’s Got Talent with a dance inspired by Wizard of Oz. That performance was their first to go viral – the video got almost 3.8 million views.

Their Harry Potter routine started with a scene showing Harry in his cupboard under the stairs, then ends with his sorting into Gryffindor House. That video got around 12 million views.

Dancing is one of those universal languages, like music and art. Everyone loves to move and see movement with choreography, fun costumes and exciting themes. Wouldn’t it be great if other groups, whether schools or clubs, challenged each other to come up with more of these over the top productions?

Because we clearly cannot get enough.