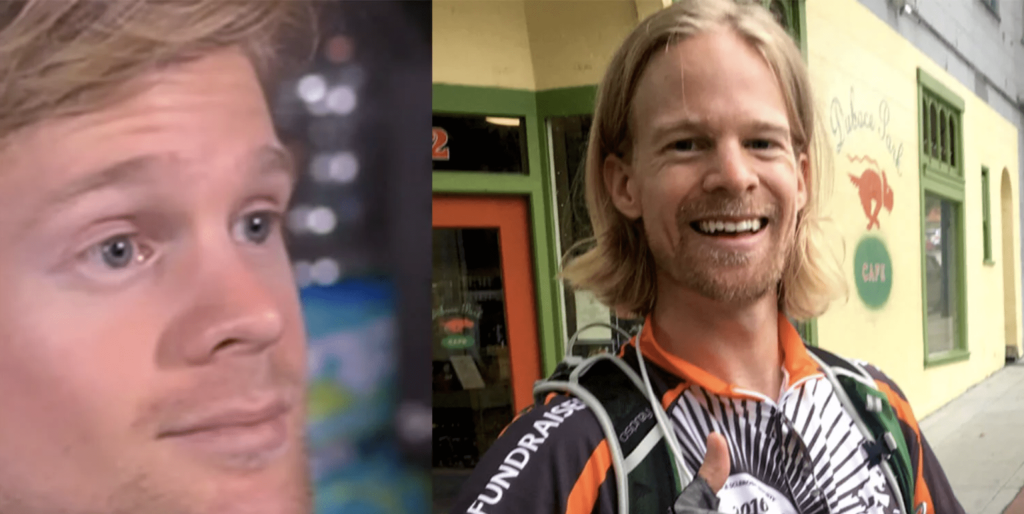 We live in a world where some people are instantly recognizable because they’ve become the subject of memes that blow up worldwide.

You’ve seen this meme a million times, and you’ve seen it used in a million different ways.

You know the one:

me: *buys stuff*
bank account: *deducts the money I spent*
me: pic.twitter.com/06MHbJonjv

Well, as with every meme that hits the big time, there’s a real person behind the magic, and this one’s name is Drew Scanlon. And he’s using his meme stardom to fight for a good cause.

Scanlon is asking for donations to help fund multiple sclerosis research. He’s raising money by participating in a national bicycle ride called Bike MS. And since he has a slightly wider than normal reach, he put out this call:

Hi Internet! I'm Drew and THIS IS MY FACE.

If this GIF has ever brought you joy in the past, I humbly ask you to consider making a donation to the National MS Society. It would mean a lot to me and to those I know affected by the disease!

Scanlon wrote on his Bike MS page, “I’m not usually one to toot my own meme horn but in this case I’ll make an exception. You see, two close friends of mine and members of their families suffer from MS, a debilitating disease of the central nervous system that interrupts communication between the brain and the body. If a fraction of those who have seen my goofy face donated to MS research, I have a feeling we could kick this thing in no time!”

He even provided his Twitter followers with some videos from the road during his big bicycle adventure.

Scanlon’s bicycle ride ended on September 22, but he will be accepting donations until November.  As of this writing, he has raised more than $32,000 for his cause. Click HERE to make a donation and help end MS once and for all!