9 Funny ‘Scream Your Name At Starbucks’ Ideas You Can Use

Most of us think of Starbucks as a place that has a place in the daily lives of people in America, but this latest Starbucks name meme actually has its origins in Great Britain.

If you’re not up with the reasons Starbucks and the names they write on their cups has the potential to be funny, well, it’s twofold: first, many of the baristas don’t seem to be able to hear or spell even the most common of names correctly, and second, they will yell out whatever name a customer tells them to put on a cup at the top of their lungs.

Now that we’re all at the starting line for this latest hilarity, here’s the tweet that started it all. The man claimed that he told the barista his name was ‘Stop Brexit,’ and when he or she yelled it out in the coffee shop, people began to chant and cheer. 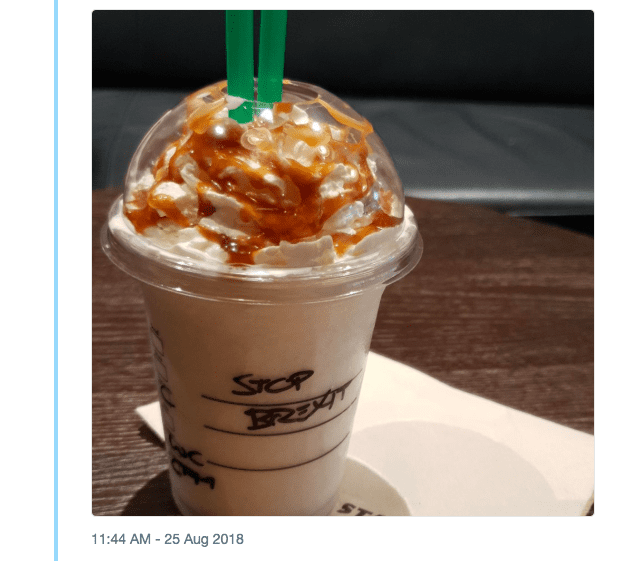 Now, some people have – quite amusingly – taken their skepticism on the matter and turned it into some Starbucks name ideas of their own.

Like this guy, who has a lot of faith in his followers’ education levels.

And this person, who seems to know his audience a bit better.

Then there are these types, who seem to be giving (very terrible) advice under the guise of a meme about names on coffee cups.

Others are just cramming pretty much any joke into a tweet and calling it a day. Honestly, I’m not mad. 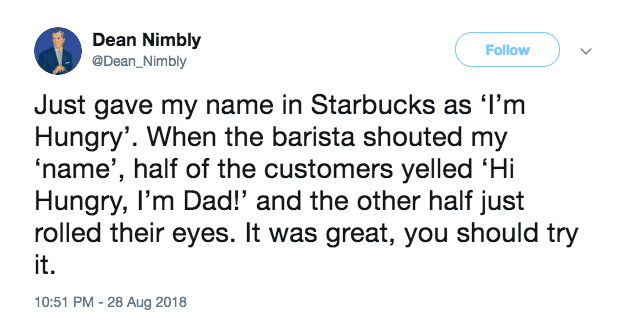 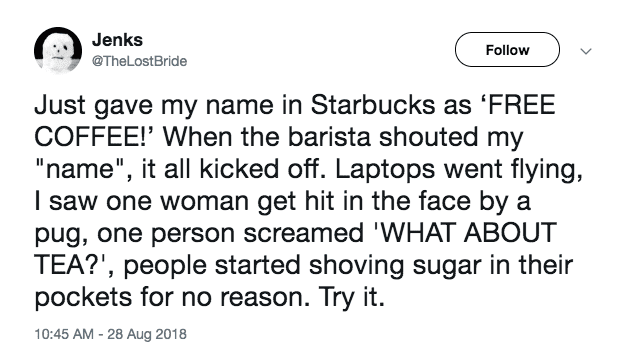 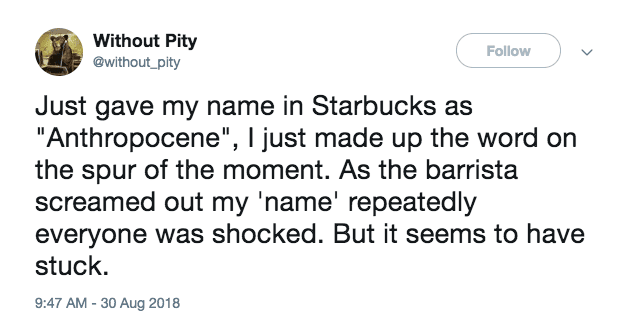 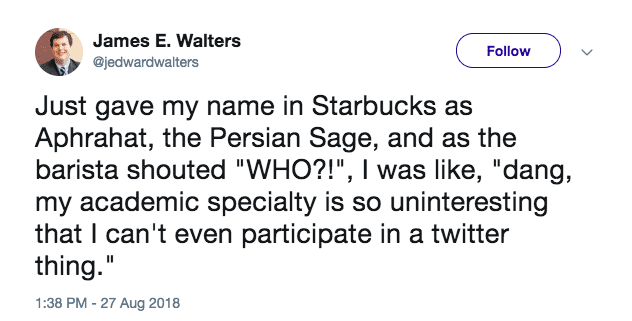 Now that you’ve seen some of my favorites, go forth and check out more on your own – or add yours to the mix!

As you can see, anything goes!