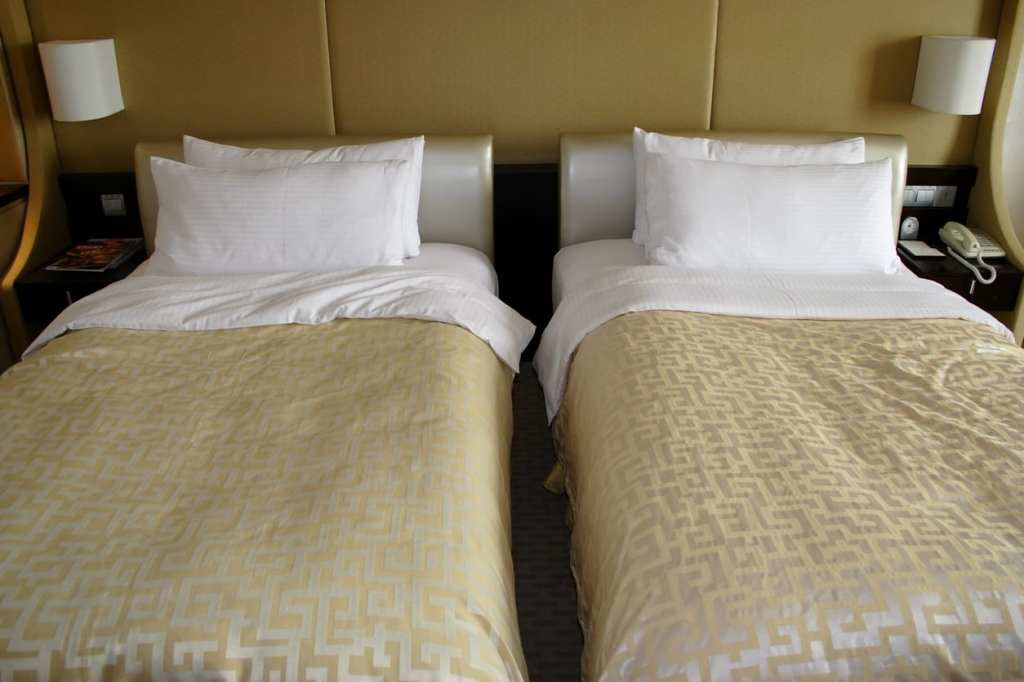 Learn Why Married Couples Used to Sleep in Twin Beds

These days, it’s generally assumed that you’ll share a bed with your partner after you move in together. But that wasn’t always the case. There was a time that sleeping in separate twin beds was considered progressive and forward-thinking, according to a new book by literature professor Hilary Hinds.

Just like today, folks in the 19th century found it important to practice good “sleep hygiene.” Sharing a bed with a family member or spouse had been an old custom in Europe. But there were growing concerns over hygiene, thanks to cholera epidemics and other public health concerns.

At the time, people believed that diseases like cholera could be caused by “night air,” which contained a polluted air mass. Sleeping in separate beds was a way to increase the amount of pure, clean air between co-sleepers, thus protecting them from any toxic night air produced by their partners.

Thus, twin beds became the fashionable way for married couples to sleep. By the 1930s, they were the default option.

Twin beds remained popular even after a more modern view of diseases took over. They also symbolized other progressive values, such as individual autonomy and equality in the marriage. They were even considered to help strengthen a couple’s sexual relationship, since they wouldn’t get too used to each other and get bored.

After World War II, values and priorities changed so that couples were marrying and having kids at younger ages.

Separate beds grew to symbolize a lack of physical connection, and they slowly fell out of fashion. And now, it’s very unusual not to share a bed with your partner—but whatever works, works!