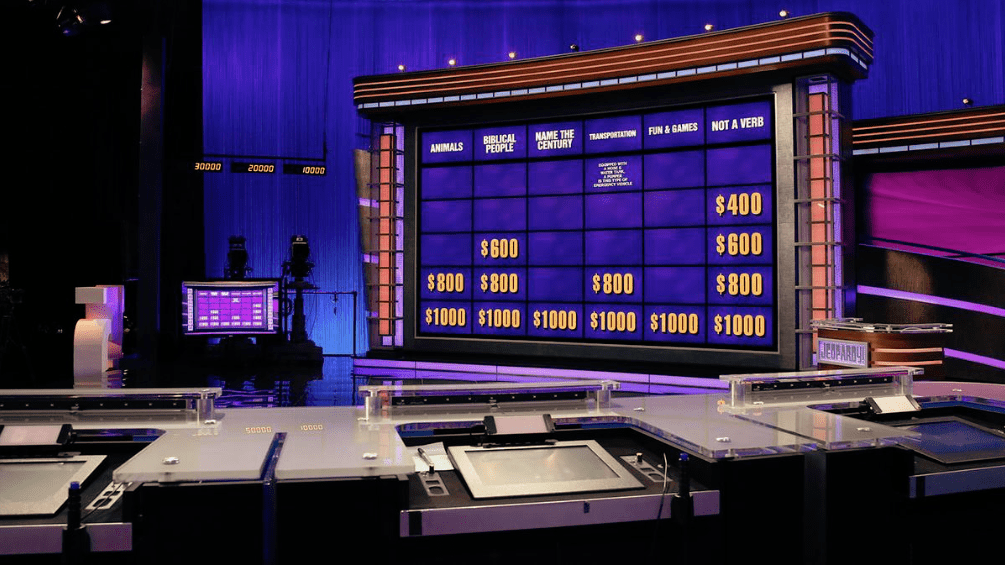 His reign ended only because he used Final Jeopardy to finish with scores referencing his wedding anniversary, his daughter’s birthday and other important dates.

Obviously, he knows a lo-ot of stuff. Outside of an excellent run in high school quiz bowl, he devours children’s books and Jeopardy! episodes. He has an extensive knowledge base covering many subjects…and that’s how you get on the show.

This is absolutely insane. I've always wanted to see someone try Jeopardy! wagering this way who had the skills to back it up. https://t.co/PYj6MDsXjs

According to The Ringer, it was Holzhauer’s speed at buzzer usage that put him on top. He apparently drilled with a homemade buzzer made of a mechanical pencil wrapped in masking tape, while wearing his Jeopardy! shoes in front of the TV.

Fellow record-holder Ken Jennings (74 straight games) said most contestants know the answers (questions, really) to the questions (answers, really), so buzzer speed is what it’s going to take to be the one who gets the money.

Another one of Holzhauer’s strengths was board control. He explained his method in this NPR article. What he would do was always start at the bottom with the highest value clues. Those answers would build up his account fast. After he got past a certain amount, he would start looking for the Daily Doubles. When he found one, he would wager everything he had.

Risky? Sure, but he had enough confidence to know that even if he lost everything, he could build it right back up. Such self assurance likely comes from how he makes his living–sports betting. Successful gamblers know they have to bet big to win big. It’s all in the strategy.

As Holzhauer told NPR, “All good professional gamblers are selectively aggressive. You need to pick your spots and bet big when you identify them.”