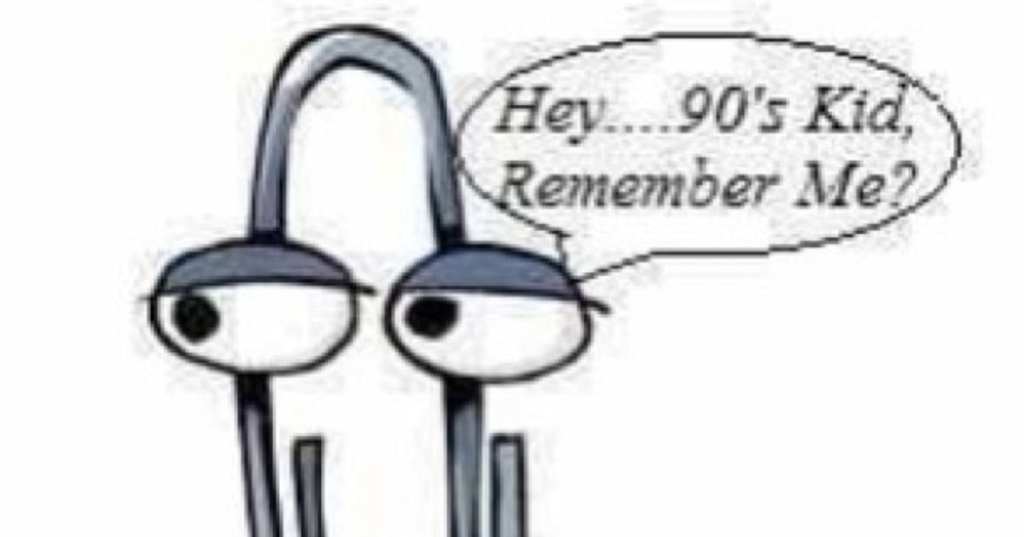 If you’re a person of a certain age – a person who was using Microsoft Office’s suite of products back in the aught’s, for example – you might remember the little paper clip that would pop up offering to give you tips or answer any “help” type questions you might have.

You could hide him, but not permanently, and as you became more proficient and less in need of help, his roving, invasive eyes felt less kitschy and funny and more annoying – or worse. 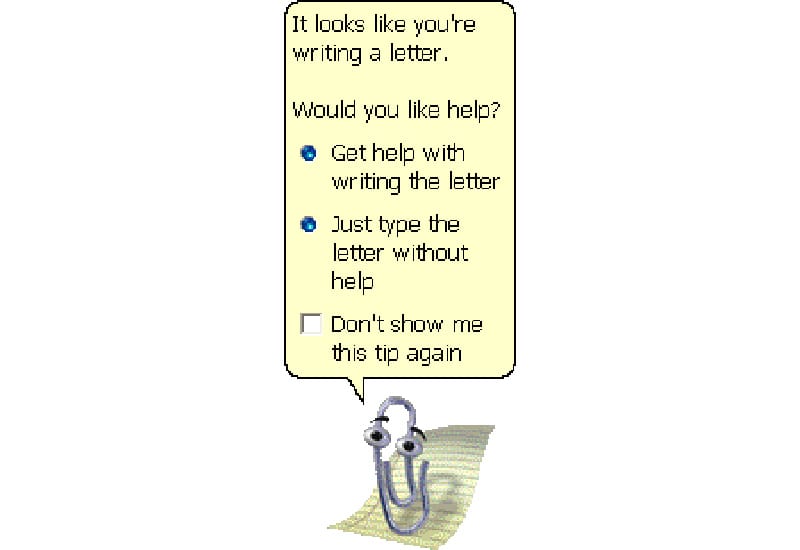 Clippy evolved from “Clippit,” an energetic paper clip that injected itself into tasks in an attempt to ease the experience for users, and in 1997, the renamed character released with the 1996 version of Microsoft Office. This was despite early feedback from focus groups who referred to his eyes as “leering,” and otherwise insinuated that he was less helpful than intended.

To put it nicely.

Users opened their new software only to be greeted by a jovial (slightly leering) paper clip offering to help with anything from saving files to checking your spelling. You could master all you wanted, turn him off or dismiss him a hundred times, but he would come back – and finding the way to shut him up for good wasn’t easy. 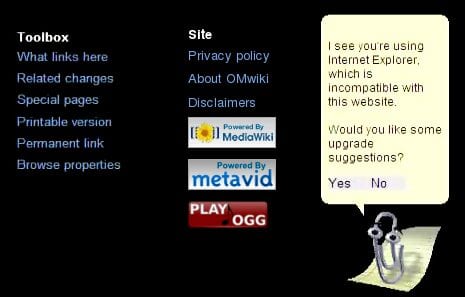 Criticism began to emerge almost immediately, from Microsoft employees to users, but Microsoft was loathe to let him go. They revised him in their Office 2000 release before finally admitting the mascot was a lost cause and deleting him from the 2002 version.

No one knows for sure why they were so sorry to see him go, though some suspect it was at least in part because he was originally part of an operating system spearheaded by Melinda Gates herself.

Yeah. Don’t all run out to buy it at once, y’all, no matter how curious you think you are right now.

Now you know about the rise and fall of that little, slightly creepy, paper clip assistant you couldn’t get away from decades ago – and I bet you’ll never really forget him, now.