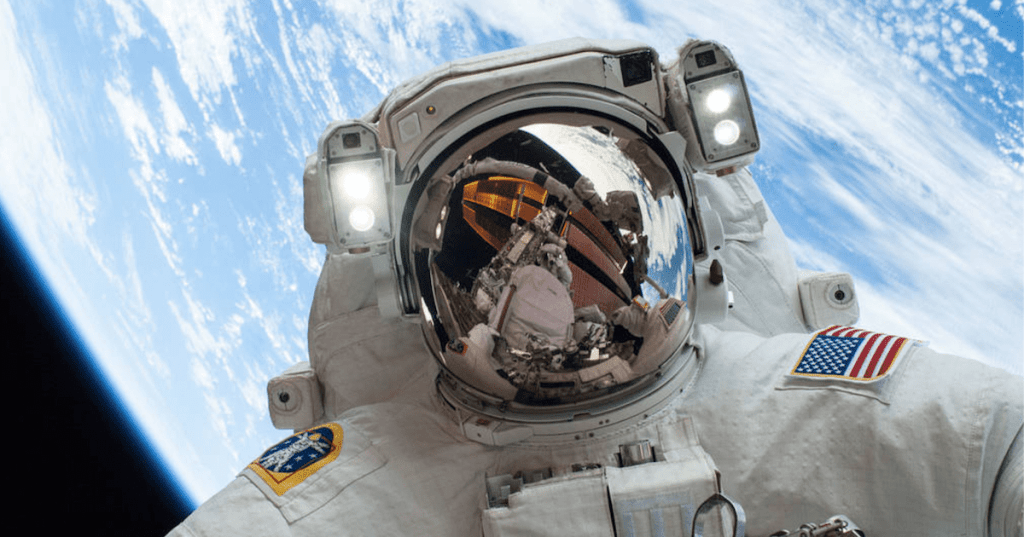 For over 60 years, astronauts have been our real life superheroes. They’ve traversed the next frontiers of space, trekked on the Moon, and acted as beacons of international collaboration. They’re the real deal – no question about it.

But even the most qualified folks on the planet have their share of secrets. As most astronauts would say, the actual job is very different from the way it looks in movies. 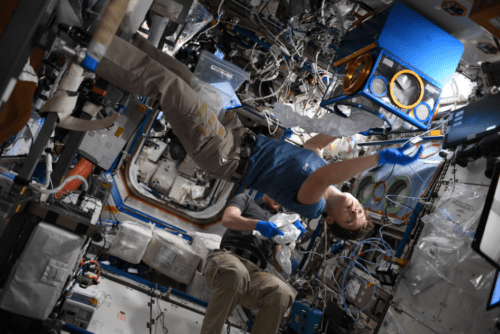 Things can get away from you pretty quickly in space. Even in an enclosed environment like the International Space Station, it’s super easy to lose track of small objects. Luckily, lost belongings can never travel that far. Former astronaut Mike Massimino remembers one such instance involving crewmate Mike Good:

“He had his grandfather’s watch with him, and he comes up to me and goes, ‘Mass, I can’t find the watch.’

We’re looking all over the place and I stop after a minute and go, ‘Mike, it’s inside here somewhere.'”

Did your elementary school teacher ever give your class freeze-dried ice cream and call it astronaut food? Well, they weren’t completely wrong. While some dishes might need an extra layer of preparation, most astronaut food looks pretty similar to how it looks on Earth. It’s just packaged differently. Naturally, there’s been some debate over whether it actually tastes good or not.

“Astronaut food is great. We had ravioli, lasagna, shrimp cocktail, fajitas. It was fantastic.”

“It’s terrible. You don’t go to the space station for the food.

Very little of an astronaut’s work hours are spent up in space. In fact, the bulk of an astronaut’s career will likely be spent doing extensive training on the ground, resolving technical issues, or assisting other astronauts preparing to fly.

Throughout his decades-long career at NASA, Massimino spent less than a cumulative 24 days in space.

Though their job comes with plenty of prestige, astronauts really only make the standard government salary for folks in similarly qualified positions.

The federal job pay grade – or General Schedule (GS) – for an astronaut is typically GS 13 or GS 14. That means they’re paid a salary anywhere between $104,898 and $161,141. While that’s nothing to sneeze at, it’s certainly comparatively less when you look at just how much it costs to launch folks up into space.

Astronauts have a bigger price to pay than gaining some extra padding if they don’t exercise.

“You do have to spend two hours every day exercising.

If you’re up there for a long period of time, you can lose a lot of your bone and your muscle mass if you do nothing, so the way we get around that is by doing intense resistance exercise.”

Physical health is taken pretty seriously by NASA’s explorers. Nobody wants to lose 20 percent of their body mass in less than two weeks’ time.

6. Fun happens past their scheduled bedtime.

There’s not a lot of time to mess around in space.

When astronauts do make it up into orbit, they’re going with a pretty long to-do list. To squeeze in that essential time for fun, most astronauts stay up past their recommended bedtime.

What astronauts do for fun really varies based on personal preference. Nicole Stott took watercolors with her and painted on the ISS. Mike Massimino listened to Billy Joel and Radiohead. Garrett Reisman snapped some awesome photos of the Earth.

Going to the bathroom in space is not fun.

If you really think about it, our entire waste-disposal system is really dependent upon gravity. To keep themselves from floating away and causing a major clean-up operation, astronauts have to strap themselves down by their feet. This creates a seal between their butt cheeks and the toilet seat. The actual toilet – which uses a vacuum hose – then sucks up all of the waste.

So yeah. Try not to take your porcelain throne for granted.

8. It’s really hard to get into the program.

In 2017, only 0.065 percent of applicants to NASA’s astronaut program were accepted. That’s 70% lower than Harvard’s acceptance rate. Massimino had to apply to the program four times before he was finally given the green light.

“I was rejected outright twice while I was in grad school. The third time I got an interview and failed the eye exam, so was medically disqualified.

9. The training is intense.

Astronaut candidates undergo years of training on Earth before they’re even considered for spaceflight missions.

Much of the training happens in classes – where future astronauts must learn the ins and outs of several space vehicles.

The most intense class, to Reisman, was one that didn’t even have to do with flying.

“We do the same SERE [survive, evade, resist, escape] training that military aviators go through.

The idea is that if you fell out of an aircraft over enemy terrain, you got to know how to survive without help. You have to learn to live off the land, what plants you can eat, how to make a shelter and all those things.

10. There’s more than one way to become an astronaut.

Astronaut candidates come with a huge range of different backgrounds. The program accepts folks from all different kinds of fields – so long as they’re qualified for the job. The basic requirements are U.S. citizenship, a master’s degree in a step field, at least two years of relevant post-grad experience or at least 1,000 hours of pilot-in-command time on a certified jet aircraft.

“They’re looking for people who are qualified, meaning that they’re high-achieving military people or people from civilian life, generally with an advanced degree.

So it’s really varied. There’s not just one route.”

Well, that was a doozy. I’m never going to take any launch to space for granted again. Astronauts are truly our titans on Earth.

What’s your favorite astronaut secret? Share with us in the comments below!