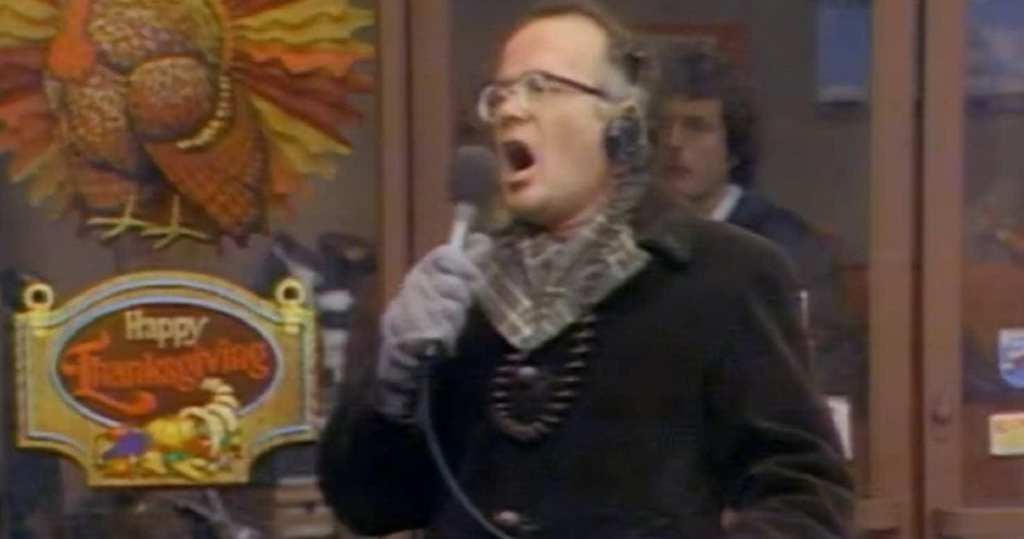 In 1978, WKRP in Cincinnati accidentally came up with a TV show classic that has wowed holiday season audiences since airing.

The show’s creator, Hugh Wilson, could never have predicted that people would continue to recite the episode’s standout line decades after it was first uttered.

Written by the late Bill Dial, “Turkeys Away” came about after the show’s creator recalled a story he heard from an Atlanta-based radio producer named Jerry Blum.

As the story goes, a radio station decided it would be fun to plan a publicity stunt to delight onlookers.

The PR stunt involved throwing turkeys out of a truck (or a helicopter, maybe).

You can probably see the problem coming…

Turkey’s can’t really fly. So those looking on ended up watching innocent turkeys lose their lives, which probably diminished their holiday cheer. We assume.

Wilson went with the story and approved episode 7 of the show’s first season. In it, WKRP’s manager, Arthur Carlson (portrayed by Gordon Jump), decides to do something just as misguided.

WKRP’s broadcaster, Les Nessman (portrayed by Richard Sanders), watches the events and concurrently recounts what happens in hilarious and excruciating detail during the episode.

The episode is so beloved that actor Richard Sanders attended an anniversary event in 1997 during which Indiana’s WKRQ recreated this “turkey drop” using toy turkeys.

For those of you who are concerned about animal welfare, you’ll be glad to know the TV show didn’t harm a single turkey in order to film the episode (viewers don’t see any turkeys at all, really).

Do you still enjoy “Turkeys Away”? Comment below about why you think it’s still such a classic!