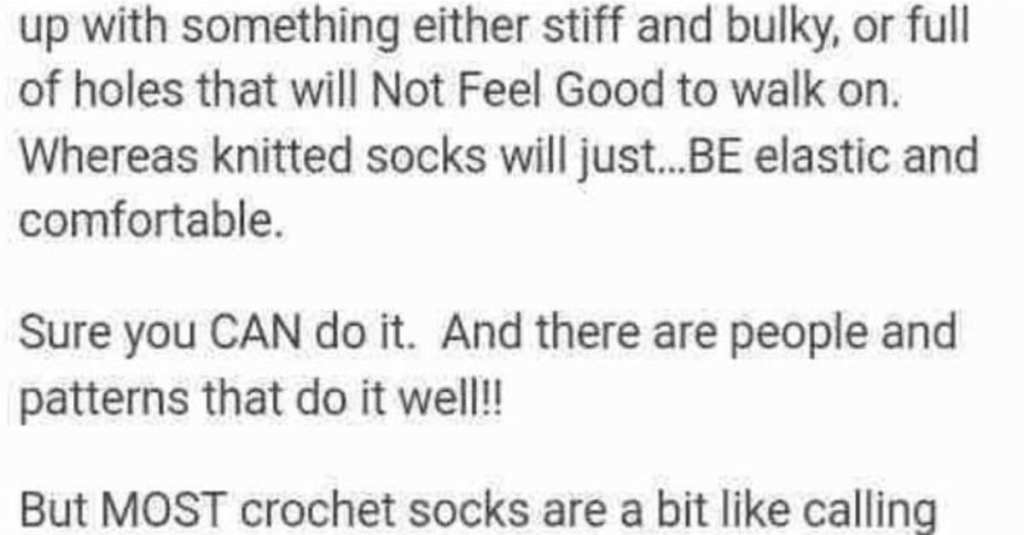 The Unexpected Dramas Within The Online Yarn Community

If I say “yarn community” and you picture a bunch of old ladies chatting over email or speaker phone about what they’re knitting, or maybe groups at the library where ladies share patterns, let me update you – knitting and crocheting and even cross stitch are cool, valid hobbies for anyone in their mid-twenties and older.

Also…every community has drama, because communities are made up of humans.

The proof is in this hilarious (and oddly relatable) thread about recent goings on with yarn and such.

The controversy, it turns out, is about whether or not crocheting socks is a thing that should happen.

Socks are for knitting and rubber is for tires.

It turns out that at least one lady faked her own suicide attempt (?) over some yarn drama.

Like not fulfilling orders and refusing to refund the payments for said orders.

Those aren’t the major controversies, though – they save those for the Olympic Games dissing them and then having to apologize.

And also the debate about whether or not Walmart yarn is like, real yarn or something.

Oh! And then they like to debate which yarns are most and least likely to set babies on fire, which is probably something people would like to know before grabbing a blanket for their wee one.

Are you part of the knitting/crocheting/yarn community? Were you aware of these controversies and the drama?

If you are and think we’ve missed something important, please share in the comments!