This Dad Is Warming Hearts with His Wheelchair-Accessible Snow Fort

Parenting can be a rough gig. I can say from experience that you don’t always feel like getting out there in the cold and snow to make sure your kid has a good time.

So mad props to dad Greg Eichhorn of Ohio, who is father to 9 adopted children, all of whom have special needs. Two of those children are in wheelchairs, but he figured that shouldn’t stop them from enjoying a snow fort like every other kid on the block.

“We built a bigger igloo – one that had a handicap-accessible hole so Elijah and Zahara could experience it, because I did when I was a kid,” he explained.

The adorable, thoughtful act garnered attention on social media when a friend of Eichhorn shared a picture of the fort and his buddy’s ingenuity on Reddit.

Comments poured in and were, true to Reddit form, all over the board. That said, the majority of people thought he was a pretty awesome dad for not only getting out there, but going above and beyond to ensure that all of his children were able to enjoy the day. 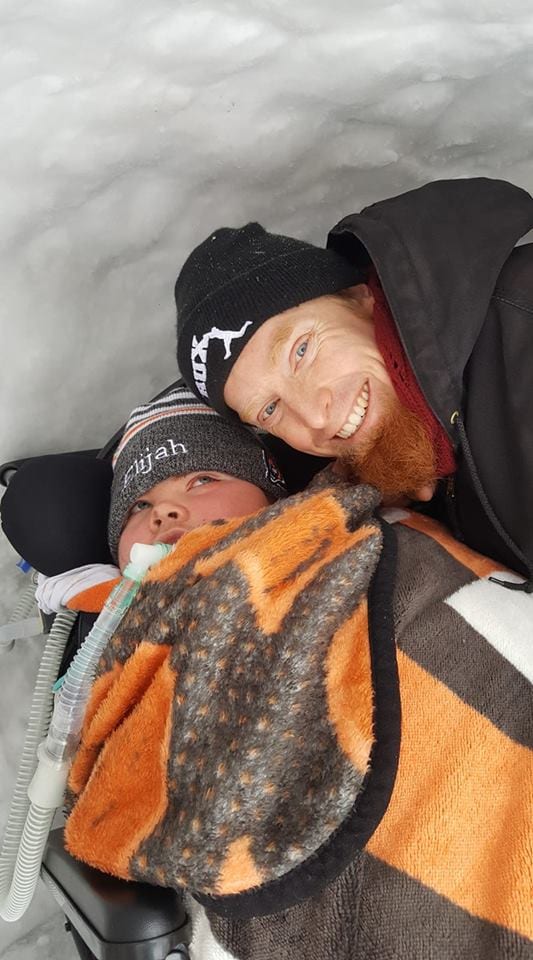 As far as Eichhorn himself, he doesn’t think he did anything special. But he is using his moment in the spotlight to advocate for adoption.

“Our family is getting kind of full and it would be great if people stepped up, took on the same roles and enjoyed the kind of joy that we do. Because yeah, we get a lot of joy out of life.”

What’s more, when people reached out with offers to donate money to Eichhorn and his family, he declined, suggesting they donate the money to their local adoption agencies instead.

He sounds like a stand-up guy – and one with some pretty serious snow fort building skills. I’m not sure what else you need to be voted Dad of the Year.