Single Dad Calls His Ex a Deadbeat for Leaving, but the Internet Isn’t Having It

Parenting is hard stinking work from conception until…forever, as far as I can tell, and not one single person who has taken on the job would be willing to argue.

It’s even tougher being a single dad, and usually you can find some sympathy for a single parent, but this guy is something else. When he complained to Reddit about his situation, asking how he could “force” the mother of his child into helping care for him when she said, from the very outset, she did not want to be a mom… Well, the denizens of the internet returned their honest, raw, and eviscerating thoughts.

Here’s his original post, explaining the situation and calling her a “deadbeat” for not being involved. 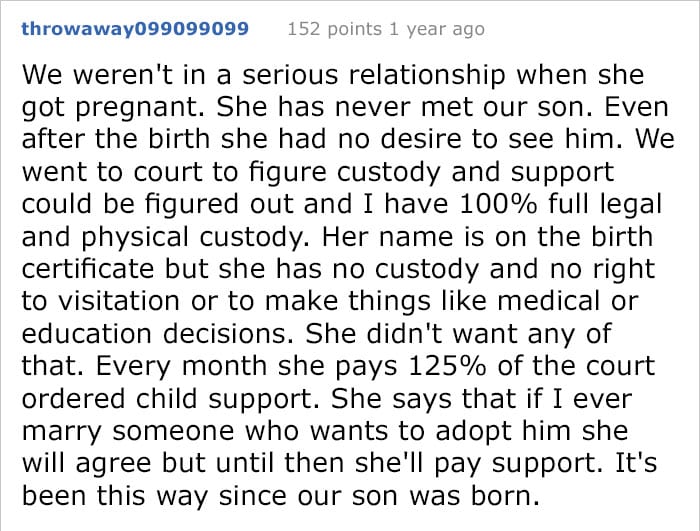 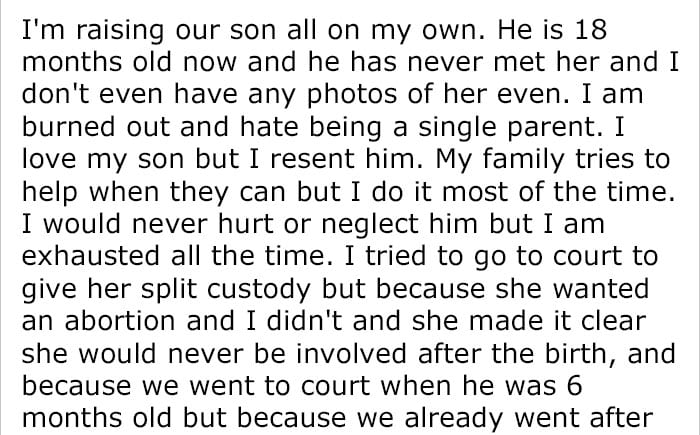 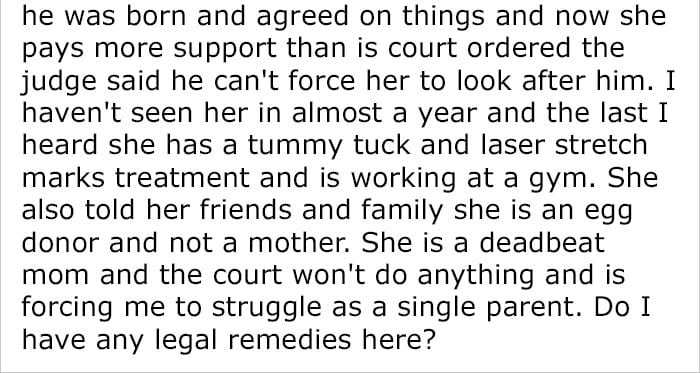 He tried, briefly, to defend his position but as you can see, pretty much no one was in his corner. 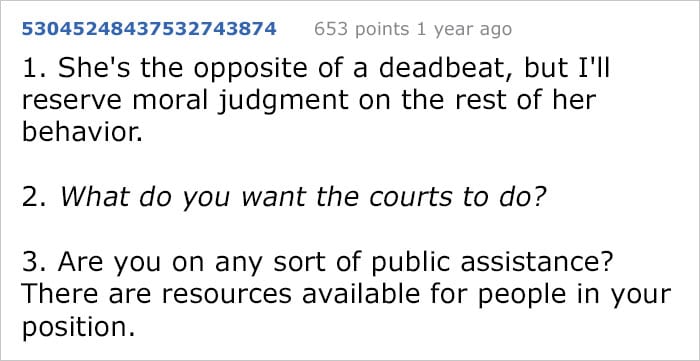 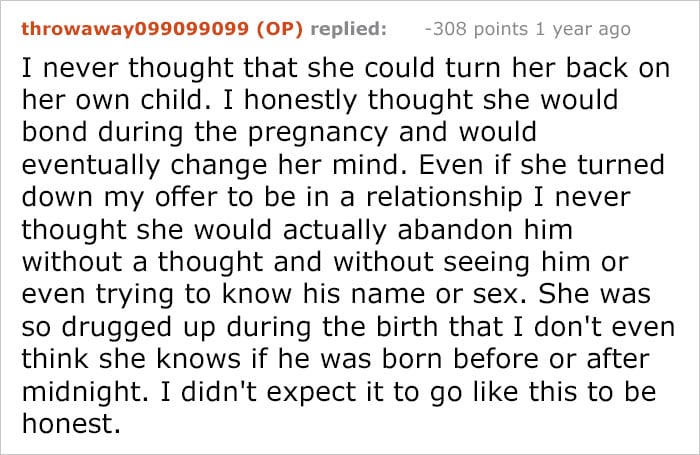 I can only hope that the proceeding comment, which took him apart point-by-point and left no doubt as to who the real villain – and victims – are in this story, caused him to either re-think his position or re-think being a parent to that poor little boy at all. 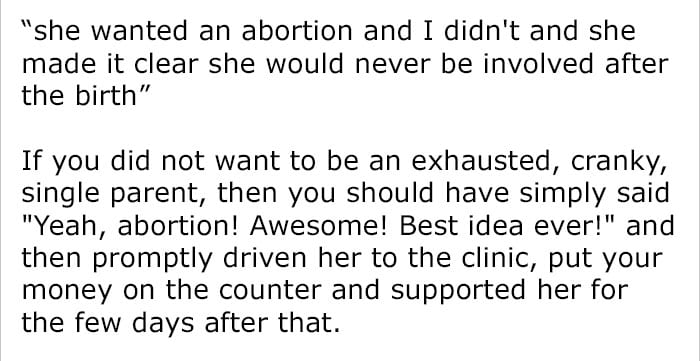 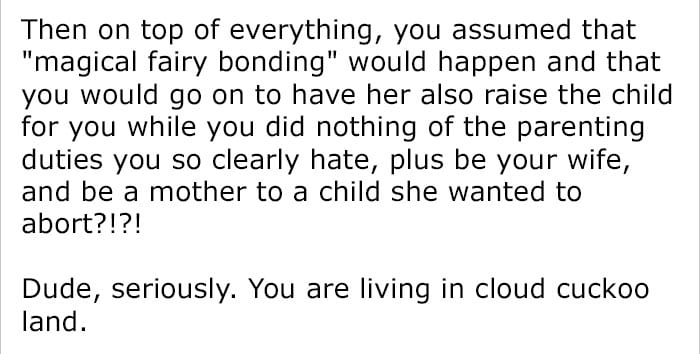 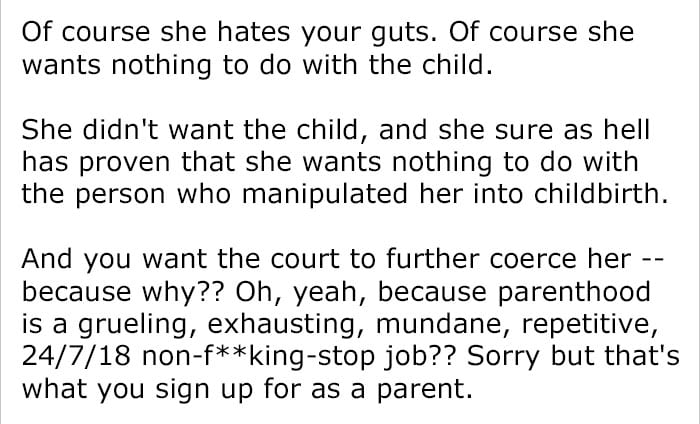 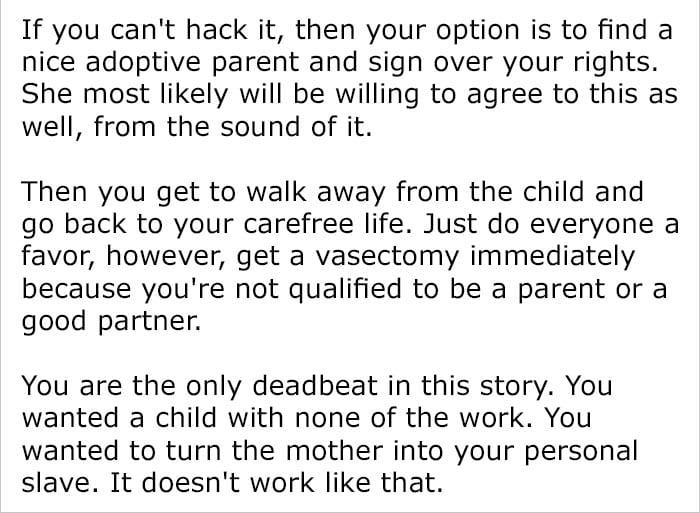