Your age may just be a number, but, when it comes to happiness, there are some numbers that are better than others.

A survey of 160 countries found that life satisfaction dips in middle age – around 45 – and spikes again around 54. The findings didn’t surprise researchers who’ve listed plenty of reasons to support them.

“This finding is almost expected. This is the period at which wage rates typically peak and is the best time to work and earn the most, even at the expense of present well-being, so as to have increased wealth and well-being later in life.”

Economics clearly seem to play a factor. For example, people in poorer countries show a simple decline during middle age that never recovers, but this is more common in places like the Russia and Latin America than in Western countries where the economy is stronger/more stable. With that in mind, it is unfortunately unsurprising that satisfaction starts and remains low throughout a lifespan in most African countries. 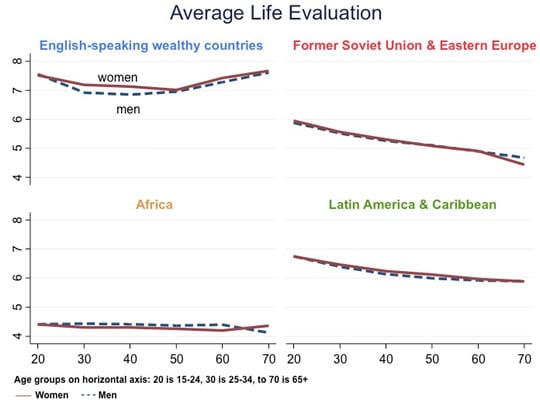 Professor Deaton, one of the survey’s authors, talks about how the graphs differ among four different areas of the world.

“Economic theory can predict a dip in well-being among the middle age in high-income, English-speaking countries. What is interesting is that this pattern is not universal. Other regions, like the former Soviet Union, have been affected by the collapse of communism and other systems. Such events have affected the elderly who have lost a system that, however imperfect, gave meaning to their lives, and, in some cases, their pensions and health care.” 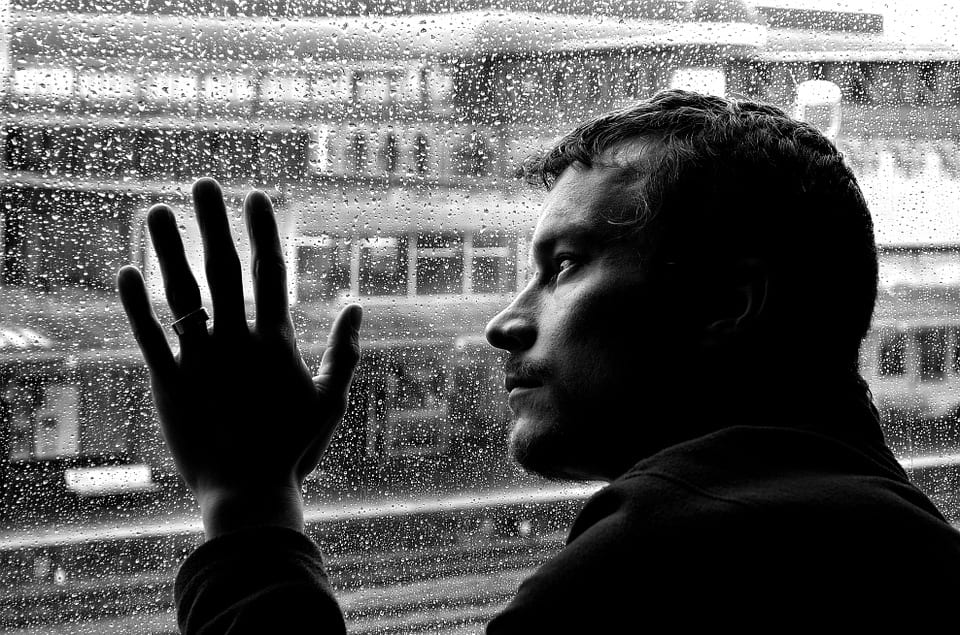 The key to a long life, they found, seems to be linked to a sense of purpose. When older people feel their life has a purpose – either because of grandchildren, church and community obligations, or plans for the future – their chance of dying is dramatically reduced.

In conclusion, “even though the results do not unequivocally show that eudemonic well-being is causally linked with mortality, the findings do raise intriguing possibilities about positive well-being being implicated in reduced risk to health.”

So, be thankful for living where you live and remember: when you’re stressed out, there is light at the end of the tunnel, and a reason to look forward to aging to boot.