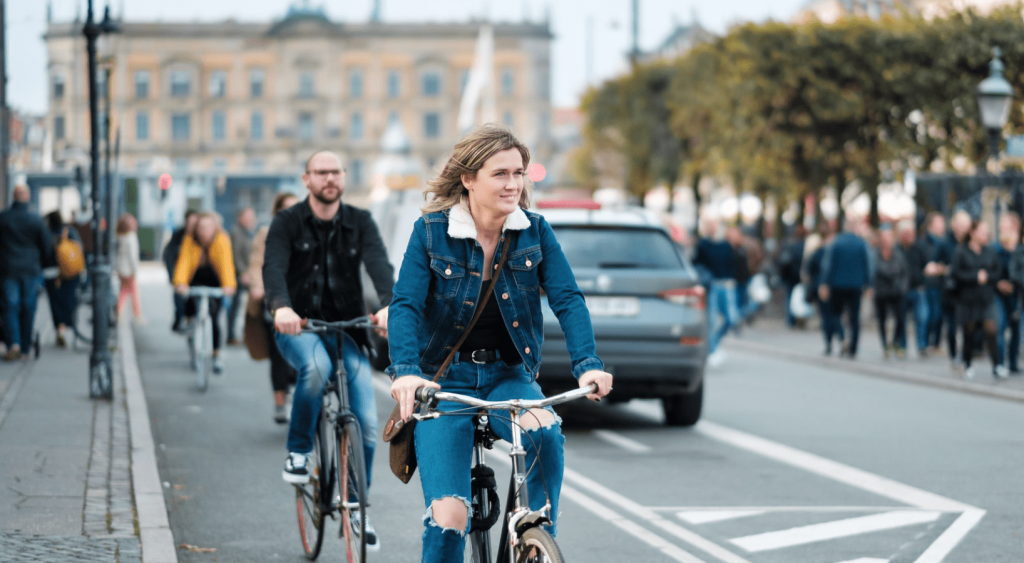 America, we have some work to do. I don’t know if it’s arrogance or ignorance, but some Americans think that we are hands-down the best, the happiest, the “number-one” at everything imaginable.

I love living in the United States, and I wouldn’t want to live anywhere else (permanently), but I have to admit that a lot of people here aren’t necessarily happy.

But in Denmark, folks are incredibly happy. In fact, the country ranks at or near the top of the World Happiness Rankings year after year. So what’s behind the happiness in that Scandinavian country of just under 6 million people?

Denmark is ranked among the best countries in the world when it comes to lifestyle balance. Denmark takes the bronze award in the Lifestyle Index that compares working hours, sleep quality, happiness, and life expectancy across countries. Read more here: https://t.co/wO39AwjWRx

The rankings are based on statistics including crime, income, health, and civic engagement. People were also asked questions about how often they experience positive and negative emotions.

But there’s more than that when it comes to figuring out why Danish people are so happy. They have access to good health care and education, they have a stable government, and they happily pay the highest taxes in the world because they believe this helps create a better society.

But there’s something else in the character of the Danish people that makes them so happy: it’s known as “hygge.” The word is sometimes translated as “cozy,” and Danes value it highly. It basically means having comfortable, high-quality social interactions with family and friends and being content with enjoying the simple things in life.

A hygge evening could consist of a family playing board games, having coffee with a friend in front of a fireplace, or eating a quiet, easygoing meal with someone. Hygge is so important to the Danish character that the CEO of the Happiness Research Institute in Copenhagen called it “a defining feature of our cultural identity and an integral part of the national DNA.”

Hygge is essentially going to the pub with friends, having a Sunday roast with your family, watching a movie with your partner, drinking a cup of tea. In Denmark, hygge isn't 'an event'. It's also just a phrase we say a lot.

Places can also be described as “hyggelige”, such as a person’s home, which is obviously a compliment and means that it is cozy, comfortable, and welcoming. Danish people use hygge to combat everyday stress and to build camaraderie.

I don’t know about you, but I love this concept.

FYI, in the 2019 World Happiness Rankings, Denmark came in second place and was edged out for #1 by Finland. The U.S. sits at #19.