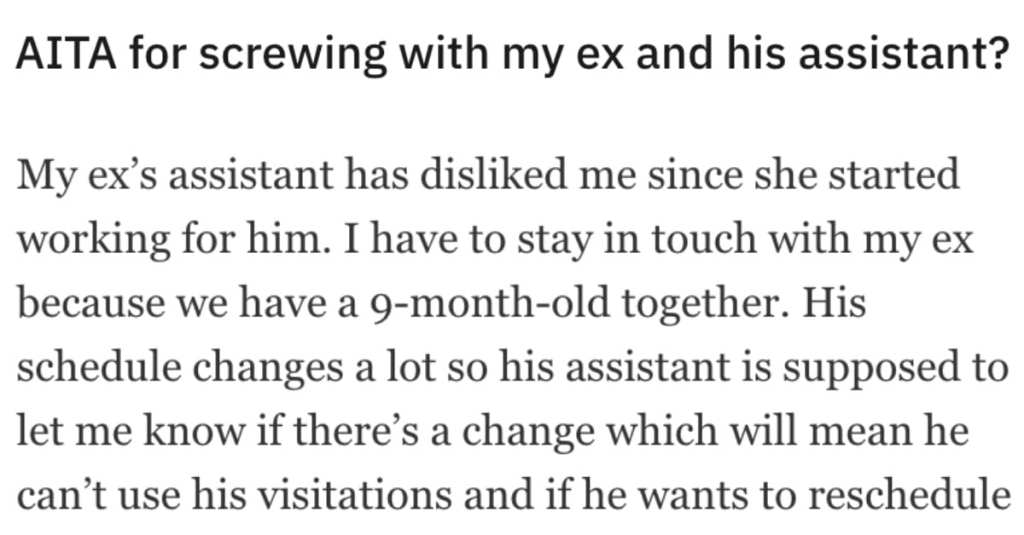 Why aren’t you people working?!?!

But that’s another story…

This story comes to us from Reddit’s “Am I the *sshole?” page and is pretty interesting…

Let’s take a look at what happened and how people on Reddit responded to this situation.

AITA for screwing with my ex and his assistant?

“My ex’s assistant has disliked me since she started working for him. I have to stay in touch with my ex because we have a 9-month-old together.

His schedule changes a lot so his assistant is supposed to let me know if there’s a change which will mean he can’t use his visitations and if he wants to reschedule the time.

Last Tuesday, she “accidentally” called me whilst my ex was having a pretty sexual conversation with his best friend in which I came up an uncomfortable number of times. It was muffled but I heard way more than I wanted to.

In the past, I would complain to my ex, but he always laughs her mistakes off and promises he’ll have a word with her, but she keeps doing it.

I was supposed to see my ex last Friday, but I was kind of annoyed with him, so I decided to screw with his assistant and him. I called her and told her he couldn’t come on Friday because I had a date. On Friday, I called him when he didn’t show and asked him why he didn’t come.

He ended up coming over later than he was supposed to, and he was sulking the whole time and kept complaining that he thought I was going on a date and he’d need to have a word with his assistant about making mistakes because he had to cancel “important” plans to come over last minute.

I did end up telling him the truth after our son went to sleep and I confronted him about what he said. He denied it but then got angry at me for wasting his time and making him miss time with his son. He said I was being petty over small mistakes.

I told my best friend what I did, and she said I was an AH because his assistant could get fired over this and I shouldn’t have told him about hearing the call.

I do feel kind of bad now but I’m really sick of her making mistakes when it comes to me and getting away with it.

This person said that she is not in the wrong in this situation. 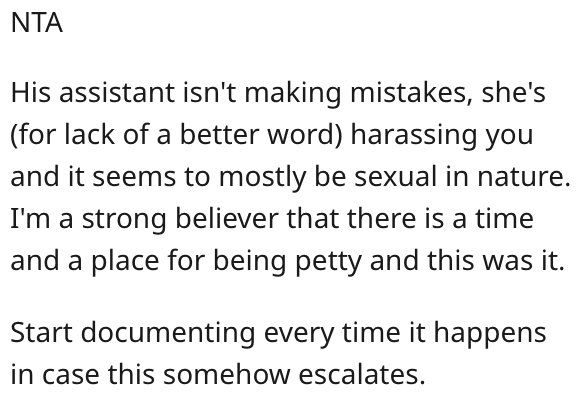 This person thought the whole thing stunk of immaturity and pettiness. 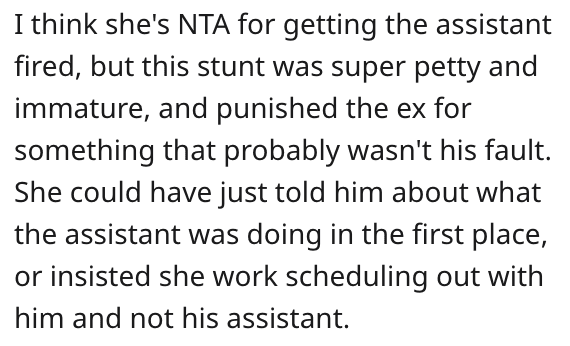 Another person also argued that she was not the *sshole in this situation and that she needs to be very deliberate with keeping records about this whole situation. 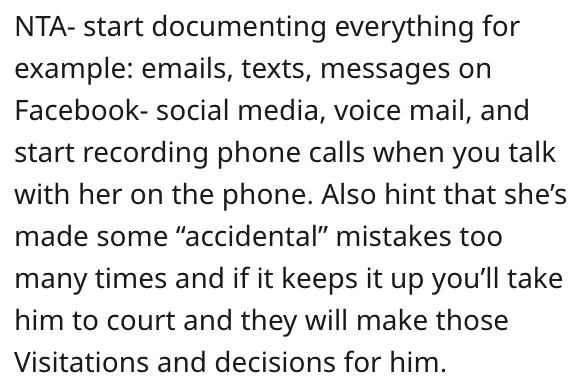 Finally, this person said (and I agree) that everyone involved in this situation kind of sucks and they’re all playing immature games.

Do you think this person is a jerk?

Or is this whole thing really no big deal?