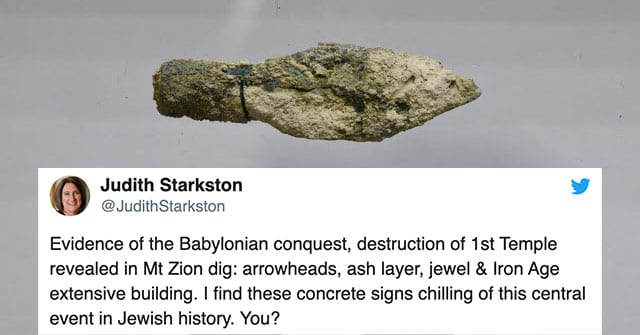 The fall of Jerusalem, including the destruction of King Solomon’s temple, is one of the most significant events of the Old Testament. The Babylonian siege ended in 586 (or 587) B.C.E. and cost much of the local population their lives or their freedom. Exile in Babylon lasted 50 years, and the entire event is commemorated by the fast of Tisha B’Av, one of the holiest days on the Jewish calendar.

The event has again been verified by a new excavation that found layers of ash, smashed pottery, Babylonian arrows – even an earring left behind in the panic. 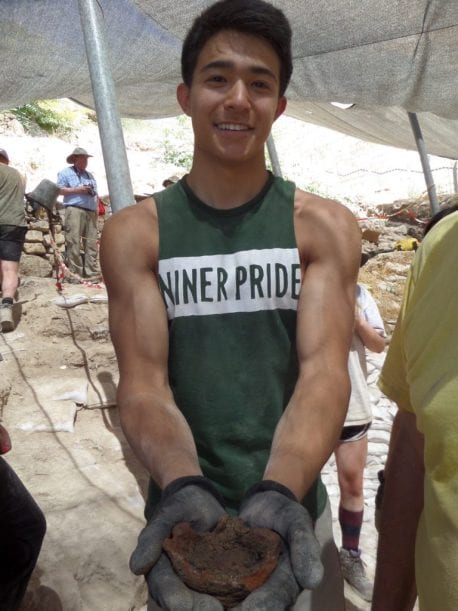 The archaeological site is located on Mount Zion, inside the walls of the old city, and Dr. Shimon Gibson of the University of North Carolina says they’ve likely only scratched the surface of what it holds – and that they’re sure the finds reveal details about the Babylonian conquest. 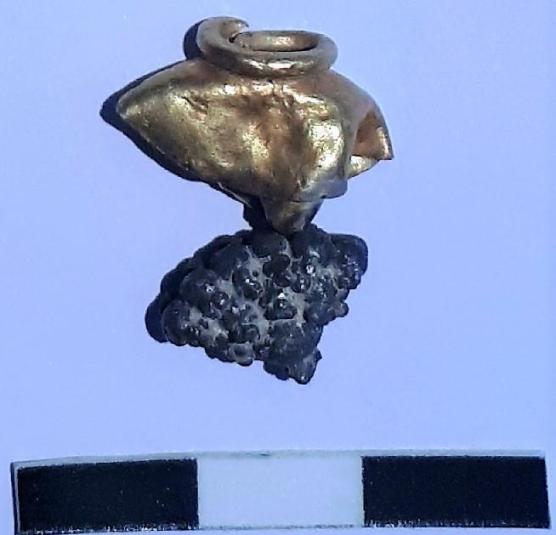 As they dig deeper, expect more exciting information from the site – they’ve also managed to reveal basements from around the time of the last King Herod, and part of the defenses used to keep out Crusaders in 1099.