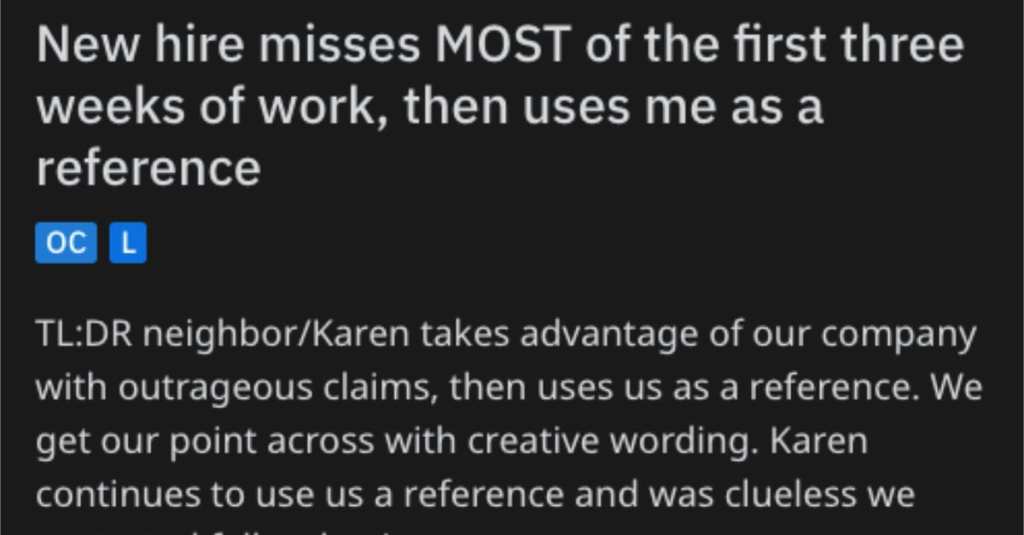 This Woman Said No When Her Sister Asked to Borrow Her Car. When She Took It Anyway, She Reported It Stolen.

If there is one thing I have definitely learned from hanging on the internet – and especially reading Am I the A$shole posts on Reddit – it’s that I’m super lucky to have a family that I love, and that I can trust. Not everyone is so lucky, and so I’ve become very careful about judging posts like this one by their title.

I mean, I would never call the cops on my sister, but that doesn’t mean this woman was the a$shole for doing just that – let’s go through the whole tale, and then we can decide, ok?

The story begins with one sibling being kind to another in need – s/he biked to work and let the sister drive her car, though they started to get irritated when the sister wasn’t saving money to get her own car fixed like she promised.

AITA for reporting my car stolen when my sister took it after I told her not to?

My sisters car broke down 6 months ago because of her own stupidity.

I won’t go into it here but she ignored the advice of a mechanic and because of that her car broke. I decided to be nice and offer my sister my car until she could get hers fixed as i could bike to work while she needed to drive. She did not get her car fixed for some reason. She claimed to be saving money to do so but every time her paycheck came she spent it. My parents have even offered her a loan to fix her car but she refused. Along with all of this, she has been abusing my generosity and taking my car all day and night. I told her she could use it for work but is seems to her that is a free pass to use my car, not fill it with gas, and take it when I specifically tell her not to.

Recently I’ve been needed to get to work very early and I really don’t feel like riding my bike 6 miles at 3 in the morning so I told my sister she had 30 days until I took the spare key from her and she is no longer allowed to use it. That was 32 days ago. Yesterday morning she woke up specifically before me to take my car (at 2:30 in the morning). I called her and demanded she bring it back but she just hung up on me. because of this I reported it stolen.

My sister was arrested 30 minutes later and my parents had to go bail her out. My sister is now facing charges for unauthorized use of a car and my parents and her are pissed. They claim I want way to far here but honestly, i feel justified. My parents are worried if she’s found guilty she will loose her job but in my opinion, it’s her own fault.

As the first person pointed out, it is theft, so they’re technically not in the wrong.

And someone else wondered if these sort of consequences weren’t the best kind of tough love, because sister needs a wakeup call. 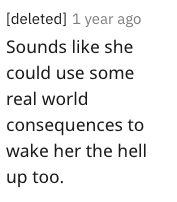 Because yeah, it doesn’t seem like the sister has learned much at all yet. 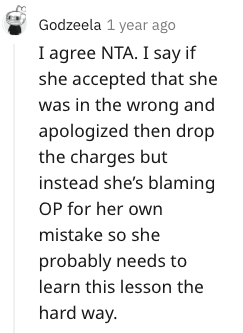 Actions have consequences. Most of us learned this as children! 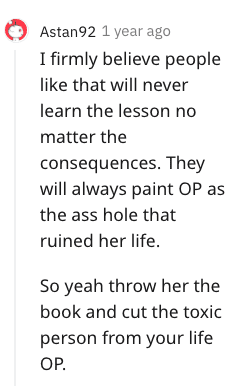 In the grand tradition of sibling fights…she started it. 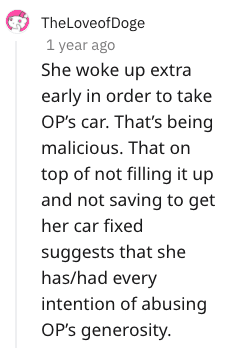 Like I said, I don’t know that I would have pulled out this stop on my own sister, but listen – I can definitely feel the frustration and anger of that moment, and then doubling down when no one is trying to get the sister to own up to her actions.

What are your thoughts? Lay them on me in the comments!