Thomas Edison is known all over the world for his many inventions that helped to change the world and improve peoples’ lives. But you might be surprised to learn that he also contributed to a science fiction novel that was published in 1896.

George Parsons Lathrop was a well-known author and poet who approached Edison in 1888 with the intention of collaborating on a biography of the famous inventor. Lathrop had previously written about Edison for magazine articles, and he knew that Edison didn’t like talking about his own life in public. So Lathrop was not entirely surprised when Edison rejected the idea of a biography. 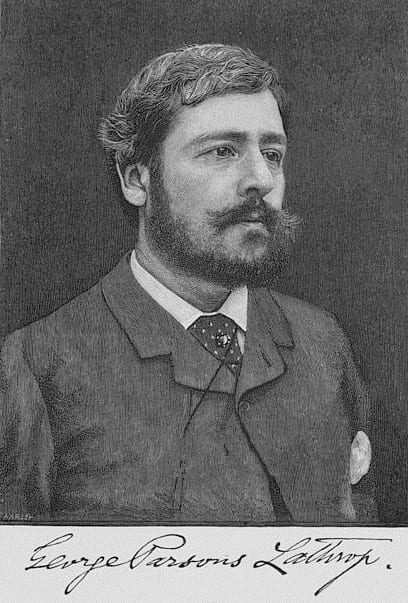 Instead, the two men came up with a different project: a science fiction novel. The plan called for Edison to come up with ideas and Lathrop to do the writing; Edison didn’t have much formal education, and he most likely believed that a professional writer with Lathrop’s pedigree would be able to better put his thoughts into words.

Edison and Lathrop met five or six times, and “Edison poured out suggestions faster than Lathrop could assimilate them.” Edison’s enthusiasm eventually waned, however. He told Lathrop he “would rather invent a dozen useful things, including a mechanical novelist who would turn out works of fiction when the machinery was set in motion, than go any further with the electrical novel.”

Lathrop was left with a half-finished novel on his hands, but he kept writing, determined not to trash the book. The final product resembles a novella more than a full book, and it was published in serial form in U.S. newspapers in December 1896. In the Deep of Time was billed as “by George Parsons Lathrop in Collaboration with Thomas A. Edison.” Lathrop introduced the science fiction story by saying, “This story is the result of conversations with Thomas A. Edison, the substance of which he afterwards put into the form of notes written for my use…. For the story itself I alone am responsible.”

Edison’s notes regarding the collaboration with Lathrop are part of the Thomas A. Edison Papers at Rutgers University. The papers also have correspondence between the two men and show a frayed relationship that frustrated Lathrop. The writer said that trying to get an appointment with Edison was like being “forced to hang around like a dog waiting for a bone — and not even getting the bone.”

In the Deep of Time did not make much of an impact with the public when it was released in 1896, but is notable for the predictions that Edison made in the futuristic story set in the year 2200. Some proved to be somewhat accurate, while some still seem to be, well, science fiction. Some of the ideas that seemed to foreshadow later inventions: “sun-engines” that convert sunlight into electricity, taking photos in the dark to capture radiant heat on film (similar to infrared photography), and man-made food substitutes instead of animal matter.

Some of the less successful predictions (at least in 2018) include unmanned flying machines that deliver the daily mail, the almost-complete eradication of diseases in humans, and an “International Darwin Society” that would breed apes that people could speak English with.

The story never appeared in book form, and has largely been relegated to a footnote in history. George Parsons Lathrop died shortly after In the Deep of Time was published, in 1898 at the age of 46.