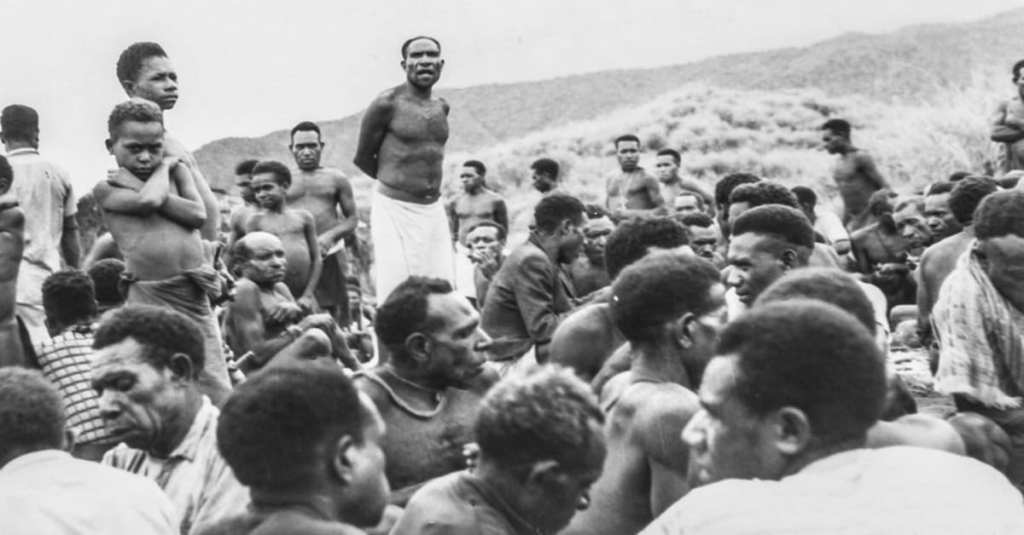 When researchers visited the highlands of Papua New Guinea in the 1950s, they were confronted by a unfamiliar tribal society full of unknown practices – and one strange illness that was killing up to 200 members of the Fore tribe every year. The locals called the disease kuru, meaning “shivering” or “trembling,” and the scientists had never seen anything like it.

The illness began with loss of motor function, and, as the victims degenerated, emotional control went too. Eventually, the afflicted could no longer feed themselves or control their bladders. Kuru affected mainly women and children younger than eight, meaning the tribe knew they had a big problem: without young women there would be no way to perpetuate their people, and losing their children was just as bad. 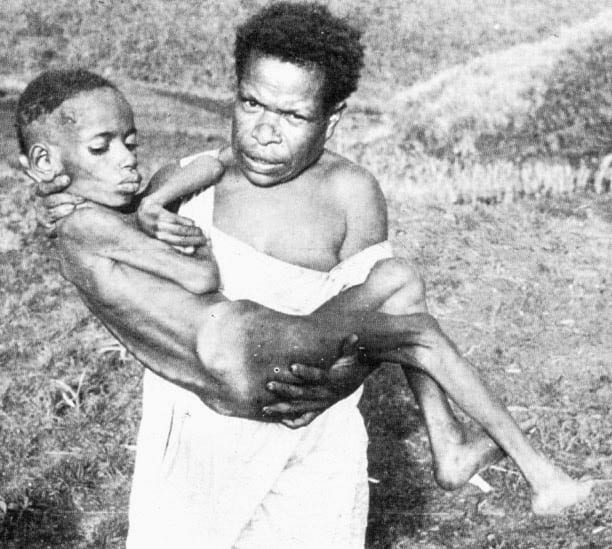 Most of the locals were convinced the disease was some manner of sorcery, but, determined to understand the illness, the visiting anthropologists and other researchers spent years eliminating an exhaustive list of contaminants and genetic defects, returning one final time in 1961 in a last-ditch attempt to put the issue to bed.

Anthropologist Shirley Lindenbaum developed a hunch that turned out to be right: the disease stemmed from a local funerary ritual in which women ate the cooked brains of the dead.

The act was one of love and grief, as this medical researcher described:

Because women’s bodies were believed to be more capable of housing and taming the dangerous spirits that could be clinging to the dead, they were the ones who removed the brain, mixed it with ferns (for flavoring), then fire-roasted and ate it. The women, according to Lindenbaum, also shared bits and pieces of the with the children in their care.

“‘They ate what their mothers gave them,’ [Lindenbaum said], until the boys hit a certain age and went off to live with the men. ‘Then, they were told not to touch that stuff.'”

Lindenbaum and her group managed to convince the scientific community that eating human brains was the cause of kuru, and scientists at the US National Institutes of Health confirmed her theory by injecting infected human brain into chimps and watching the same disease develop. The NIH scientists even won a Nobel Prize for their study. However, several things remained unclear: first and foremost, the disease wasn’t caused by anything that could be classified as a virus, bacteria, fungus, or a parasite.

In fact, it had no genetic material, could survive being boiled, and was not even technically alive. 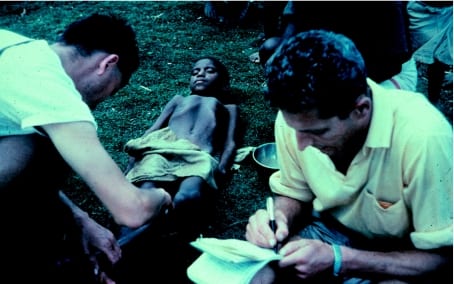 So what was it?

Well, another group of medical researchers solved the mystery some years later when they discovered little things called prions (yes, the same little nasties that cause mad cow disease and a few other degenerative diseases).

Prions are twisted, broken proteins that trick the proteins in healthy brains into mimicking them.

Eventually that leaves healthy brain tissue with enough “misfolds” to kill pockets of nerve cells, literally riddling the organ with holes. Basically, it recodes your brain’s own proteins so they no longer work.

The epidemic of kuru likely began when one person (whose brain was later consumed) developed Creutzfeldt-Jakob Disease, a degenerative neural disease that affects around 450 people each year in the US. The difference between modern America and the mid-20th century Fore is that, the majority of the time, no one here comes into contact with the infected brain matter.

What’s really creepy about these prions is how long they can “live” in a person’s system without killing them (new zombie show, anyone?). Even though the Fore stopped the practice of mortuary feasts more than 50 years ago (because of Lindenbaum’s work), the last documented case of kuru surfaced in 2009. Since then, the epidemic has been officially declared closed.

But that’s not the end of the story. If we can contract prion diseases from eating the brains of people and cows, are there other animals who might be affected? And what if we are unknowingly consuming meat from those affected animals? 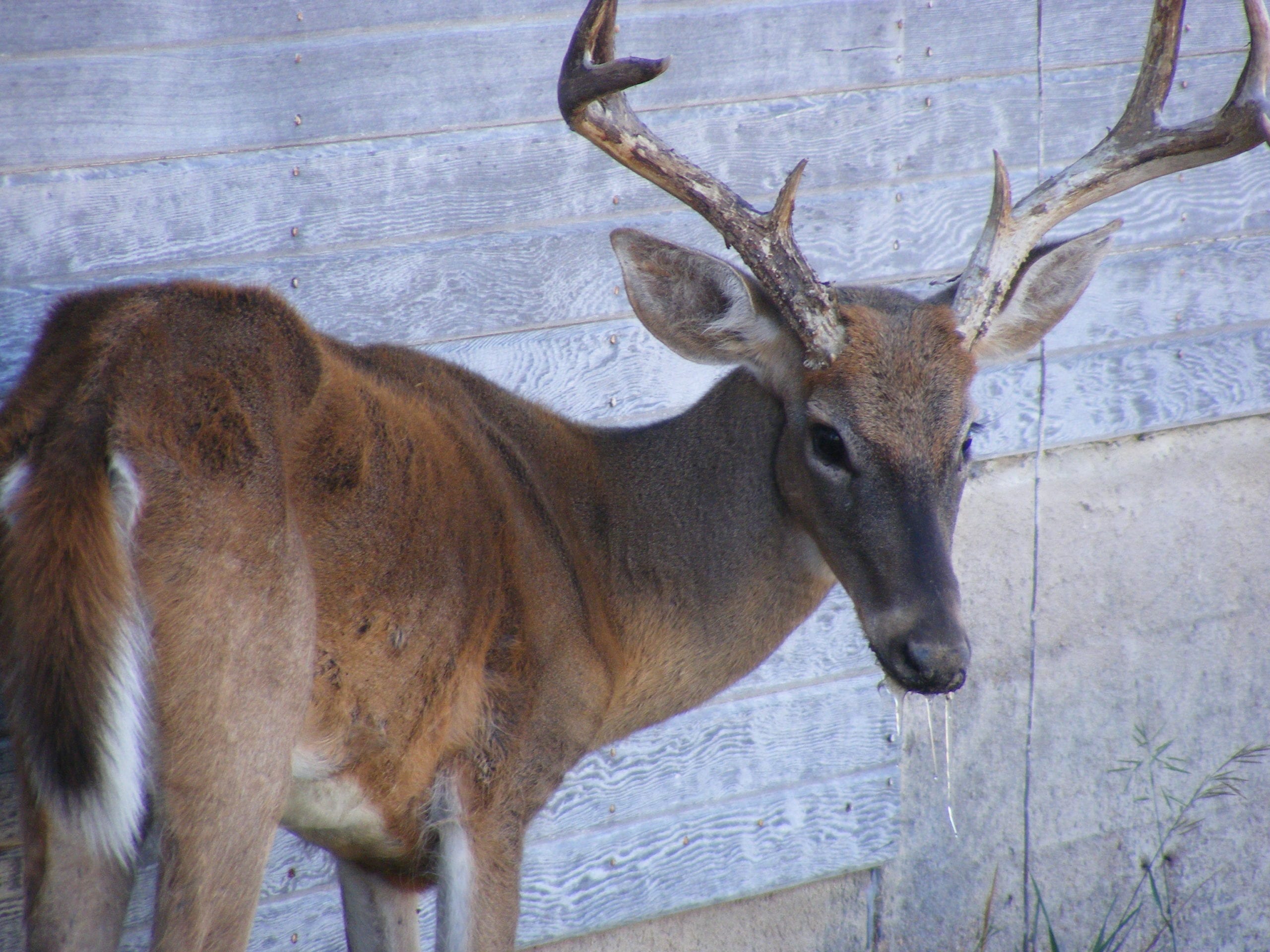 Well, Dr. Ermias Belay – who researches prion diseases at the CDC – has some thoughts, specifically about a prion disease currently killing off wild deer and elk:

“Chronic wasting disease in North America is spreading fast…in early 2000 we had about three states that reported CWD in the wild deer and elk. Today, that number is 21.”

Unlike kuru and mad cow, where the prions showed up only in brain tissue, there is evidence that CWD alters proteins all over the body. That means coming in contact with saliva, feces, urine, and perhaps even edible meats might transfer the disease to humans like it does to other deer.

The CDC is working with public health authorities in Wyoming and Colorado to monitor hunters for signs of the prion disease, but there are problems there, too. Belay explains:

“Unfortunately, because these diseases have long incubation periods, it’s not easy to monitor transmissions.”

It’s good news that no protein “misfolds” have been found in hunters just yet, but, as with kuru, the disease could take years to show up and even longer to die out. It basically turns mammals into zombies – infected and dying slow deaths, able to pass along the disease to anyone coming along to feast after they’re gone.