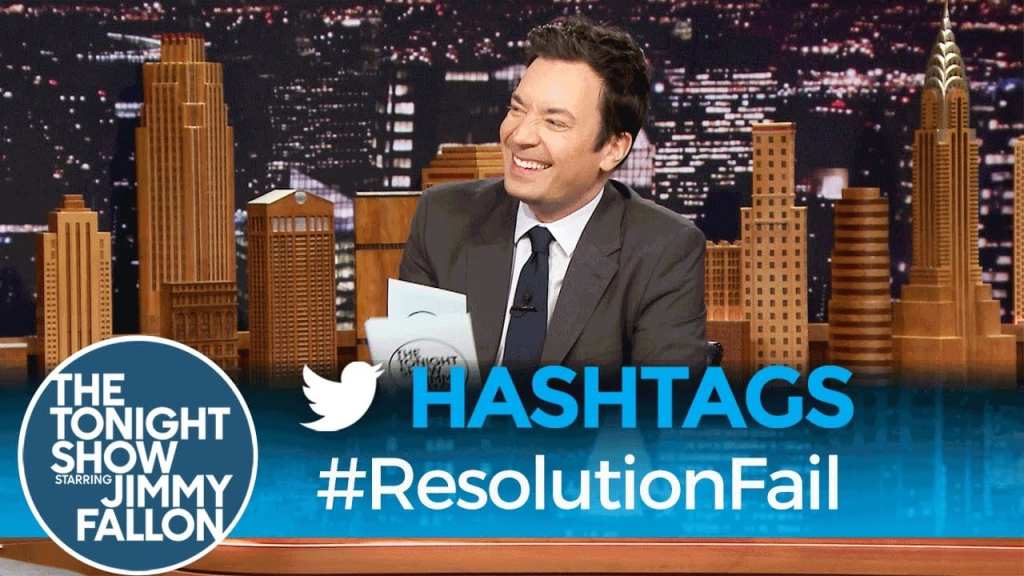 Tonight Show Hashtag Game: Which Resolutions Have You Already Tossed?

Jimmy Fallon likes to stay on top of the times with his hashtag game, so when could be better than now to ask people which New Year’s resolutions they’ve already failed at? It’s been a month and a half – just enough time for people to realize they were never actually going to follow through with any self-improvement. Who needs that? And the things people resolved to do in 2017 are almost as amusing as why/when/how they kicked those dreams to the curb. 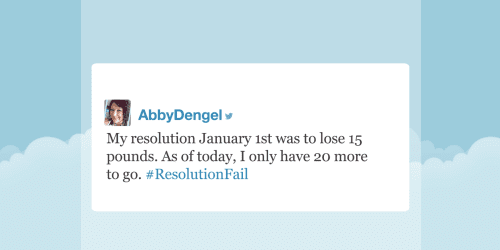 @FallonTonight I announced to everyone that I will eat healthier in 2017. *New Years day 2017* won the #M&MChallenge #RESOLUTIONFAIL

#12. Are you telling me that bacon isn’t a vegetable? BLASPHEMY.

#11. When you realize you have a problem.

#9. They do say to set reachable goals…

@FallonTonight To open the lid of a fruit cup w/o an explosion of syrupy juice followed by cussing in front of my 5yo. #ResolutionFail

#8. Why would you even want to stop doing that, though?

No more showing up for work in my p.j.s. This resolution lasted 4 days. Thankfully I work from home. #resolutionfail @FallonTonight

#6. But tacos are a valid excuse for everything.

@FallonTonight I said I would eat better, but #tacos #resolutionfail 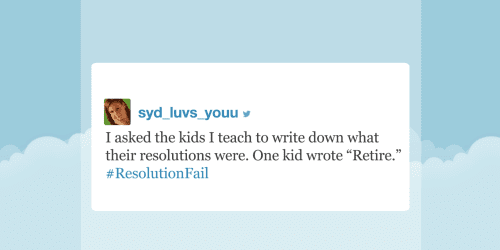 #4. My resolution was to crave Chick-Fil-A on a day other than Sunday.

To stop eating junk food. But I typed this in a chick fil a drive thru. What am I doing with my life. @FallonTonight #RESOLUTIONFAIL

#3. If you’re going to fall off the wagon, might as well leap.

I’m a barista. I stopped drinking coffee, and 5 days in I couldn’t take it and had a 24oz with 5 shots. #resolutionfail @FallonTonight

#2. Talk about destined to fail.

#1. Some people are just givers. 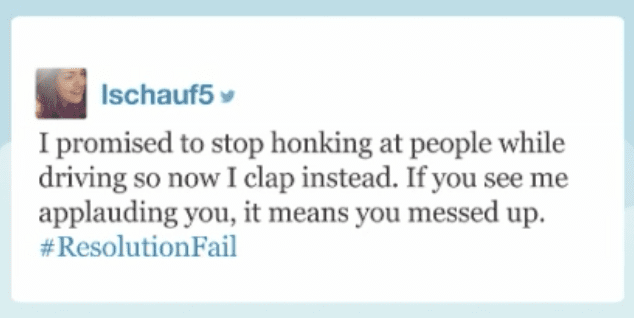