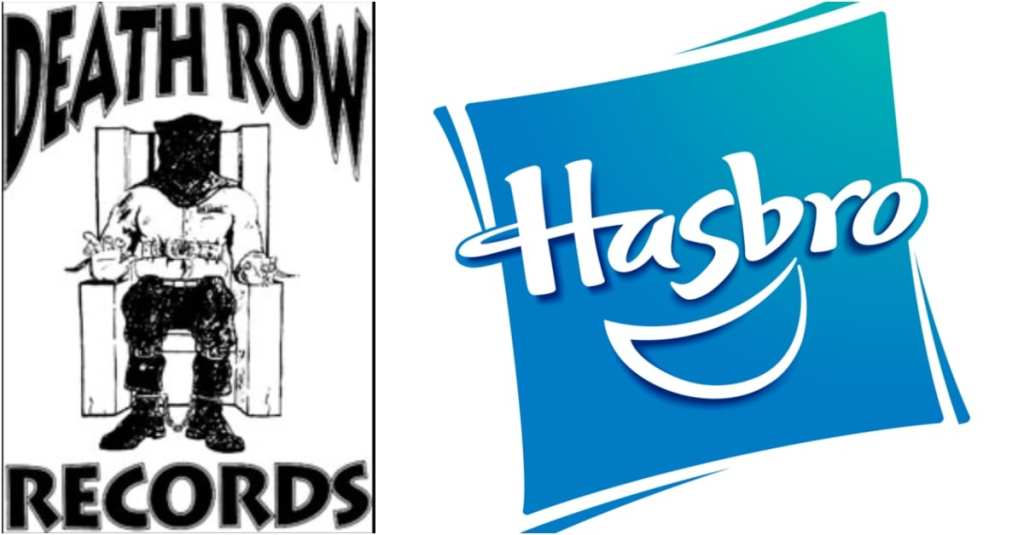 You just never know what companies are going to consolidate/merge/buy each other out, etc. Which can lead to business, usually pretty dry, sometimes making big headlines for weird, weird stuff.

Hasbro, the toy and game company behind such favorites as Monopoly, Transformers, G.I. Joe, and My Little Pony, now owns Death Row Records, the notorious gangsta rap record label that was founded in 1991 by Dr. Dre, Suge Knight and The D.O.C.

How’s that for a mashup?

Death Row was absolutely HUGE in the 1990s – at its peak, it was raking in $150 million a year. Eventually, Death Row had a very public fall from grace, and Suge Knight is now serving a 28-year prison sentence.

So how exactly did this transaction come to be?

But now it’s in Hasbro’s hands!

Hasbro CEO Brian Goldner said of the deal, “The acquisition of eOne adds beloved story-led global family brands that deliver strong operating returns to Hasbro’s portfolio and provides a pipeline of new brand creation driven by family-oriented storytelling.” That’s one way of looking at it.

People on Twitter couldn’t help themselves and just had to weigh in on the purchase. I mean, the possibilities are endless, don’t you think?

Hasbro can legally play Snoop Dog and Tupac in the background of Power Rangers.

Think about that for a minute.