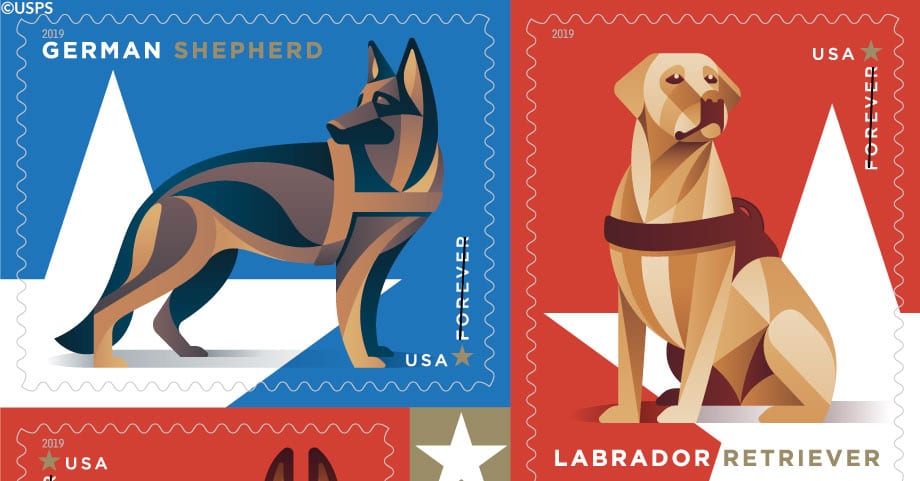 For years, the U.S. Postal Service has honored the U.S. military by creating special limited-edition stamps. Now they’re highlighting the canine division of the military with these military working dogs stamps.

Dogs began serving in the U.S. military since the Civil War. They’ve continued to accompany humans in every war since, from World War I to Afghanistan. In fact, there is one dog for every three human soldiers in Afghanistan, Bloomberg reports.

The most common dog breeds in the modern U.S. armed forces include the German shepherd, Dutch shepherd, Belgian Malinois, and Labrador retriever. Less common breeds are the Rottweiler, Bloodhound, and Beagle.

The USPS has created four new stamps with images of the four most common breeds, which they call “the four-legged heroes of the nation’s military.” The illustrations are stylized geometric versions with red and blue backgrounds. They’re available in a booklet of 20. 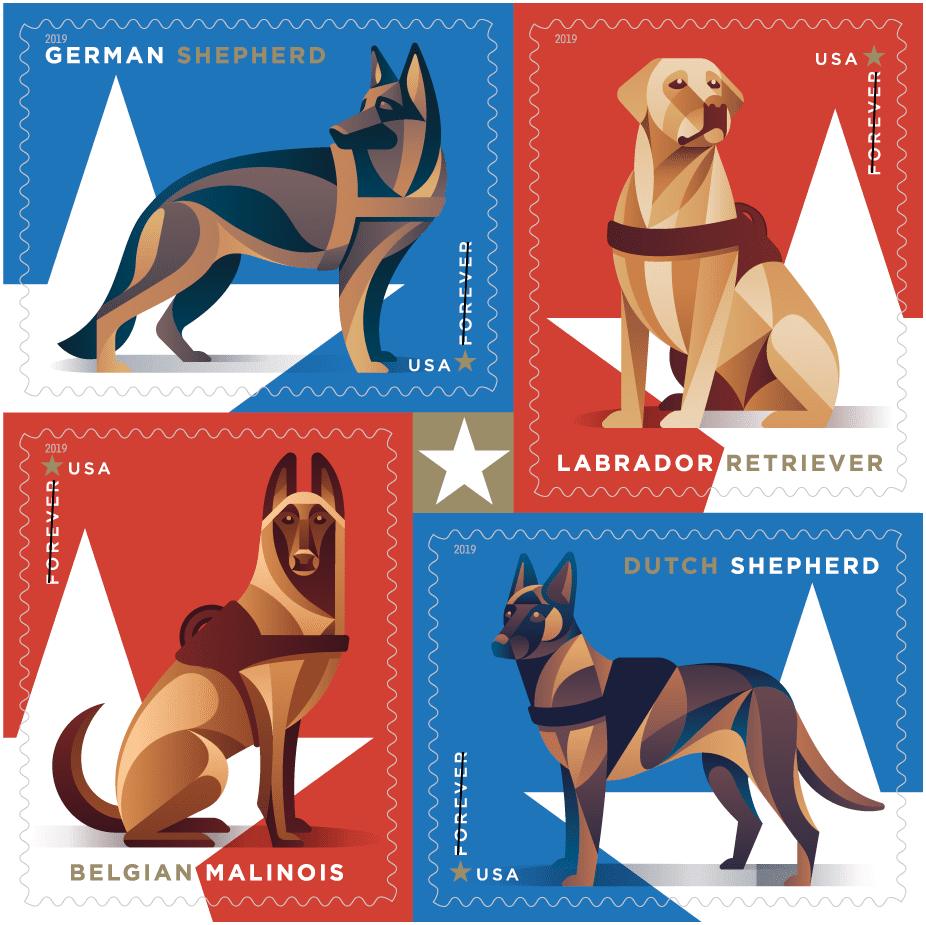 “As a military veteran and former law enforcement officer, I have the greatest appreciation for these animals and the service they provide,” David C. Williams, vice chairman of the USPS Board of Governors, said in a press release.

“Today, these dogs are born and raised to serve alongside soldiers, sailors, marines, airmen and women, and members of the Coast Guard. They are heroes deserving of our respect and gratitude.”

A book of 20 Forever stamps costs $11. You can find them at your local USPS, on the online Postal Store, or by calling 800-STAMP24.