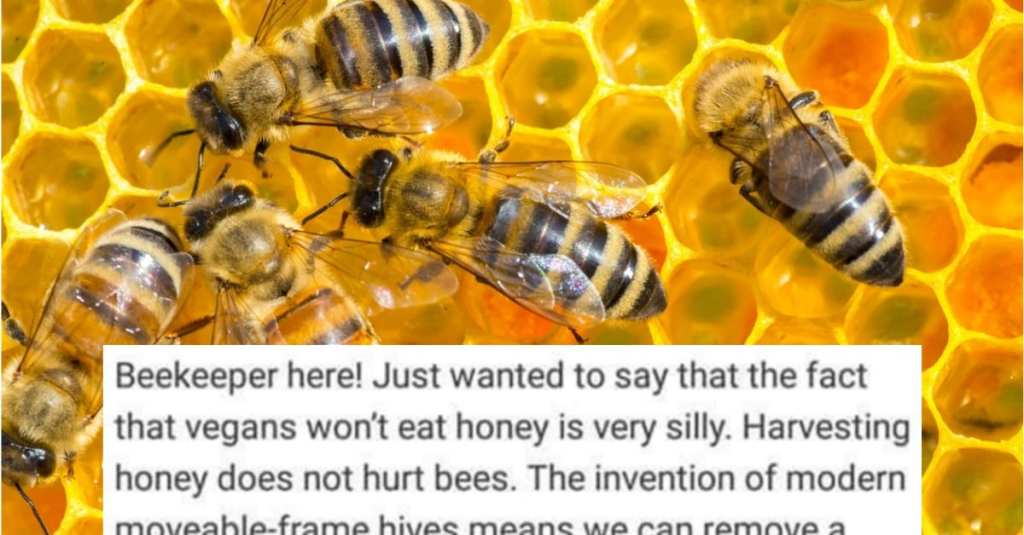 Beekeeper Explains That Vegans Can Eat Honey After All

People who are vegan have made a choice to live in a way that brings as little harm to animals as possible. Ideally, this applies to every aspect of a vegan’s lifestyle.

Many people have debated whether or not vegans can eat honey, but now a beekeeper has hopped onto Tumblr to explain that the process of harvesting honey isn’t harmful to bees at all.

It all started when someone pointed out that harvesting agave is really harmful to another creature: Mexican long-nosed bats. 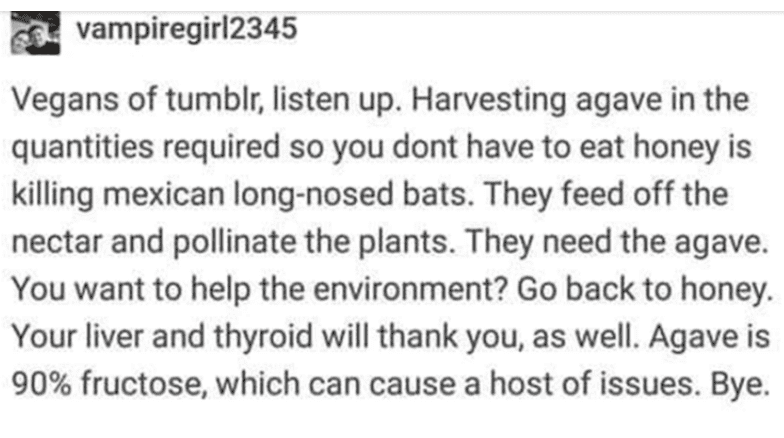 That’s when the beekeeper chimes in and shares that modern bee harvesting isn’t really that harmful to bees. Like, at all.

Beekeepers have a vested interest in keeping their bees healthy and happy, so the process has been refined to maximize the wellbeing of the bees who live in the colony. 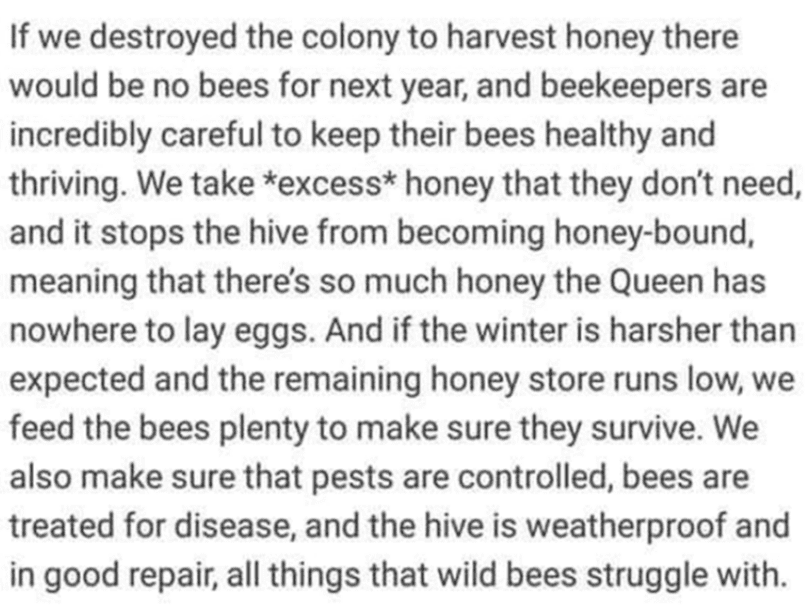 With bees facing so much uncertainty these days, there’s even an argument in favor of keeping bees in properly maintained habitats.

On top of that, the work of bees is what sustains the fruit and vegetables that vegans do eat.

So there’s definitely something to be said for buying and eating honey (especially locally sourced honey from a farm you trust). 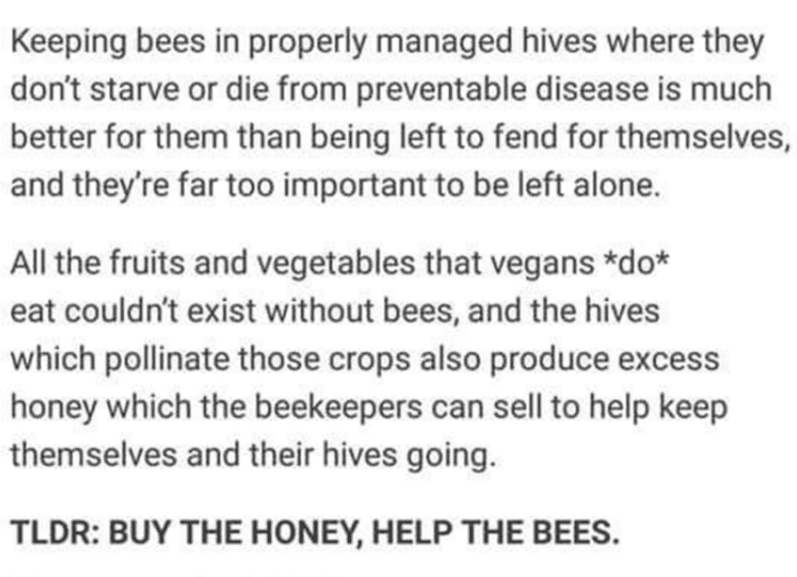 Some people on Cheezburger weighed in on what they thought about the post. 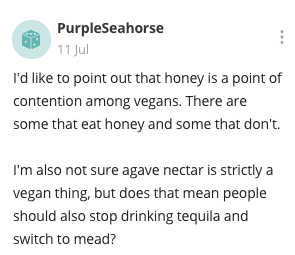 And is it like eating eggs? I mean, part of the reason people go vegan is because they DO NOT want to eat anything that came from an animal. 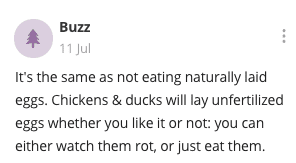 And are vegans really against honey? 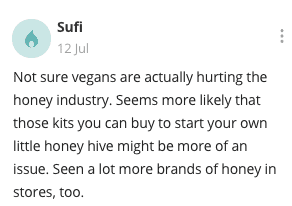 I wonder how one could prove this?

What do you think of this post? Did you know these facts about honey, bees, and beekeeping? It’s definitely pretty interesting.

Don’t forget to let us know what you think in the comments!