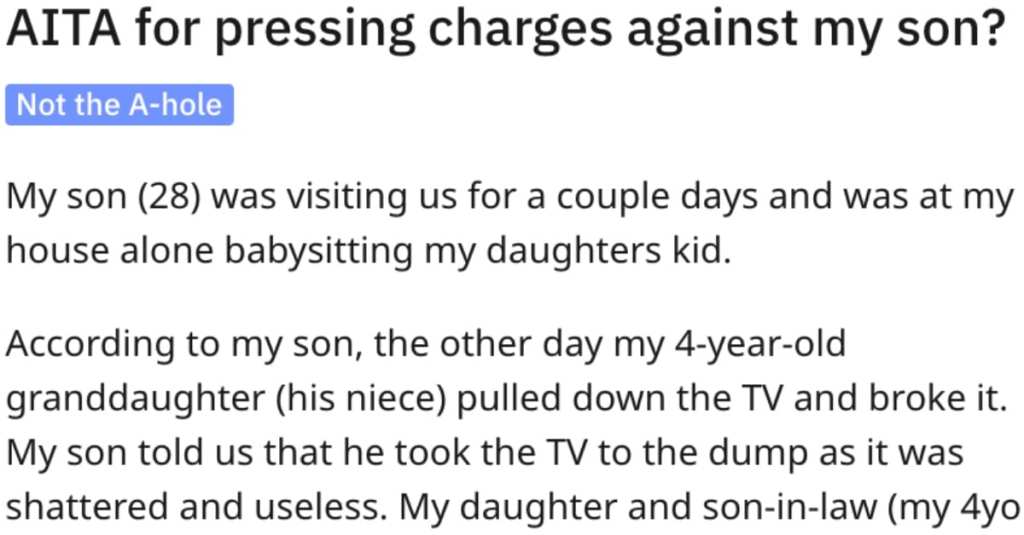 Was It Wrong for This Person to Press Charges Against Their Son? People Weighed In.

People love to press charges against others, don’t they?

But when you do it against your own child? That’s a little strange…

But that’s what went down when a parent decided to slap some charges on their adult son, and they took to Reddit’s “Am I the *sshole?” page to see if they were wrong for doing so.

AITA for pressing charges against my son?

“My son (28) was visiting us for a couple days and was at my house alone babysitting my daughters kid.

According to my son, the other day my 4-year-old granddaughter (his niece) pulled down the TV and broke it. My son told us that he took the TV to the dump as it was shattered and useless. My daughter and son-in-law (my 4yo granddaughters parents) felt very bad for what had happened and paid the cost of the TV that day.

Eventually I got a call from my son’s girlfriend that lives with him. She said that she knew what was going on and felt guilty. She basically told us that our son had made up the story about the TV breaking and stole it and took it to their house to watch.

I filed a police report and his girlfriend let the police into their house to get us our TV back. We do plan on pressing charges against him. He stole our TV and made my daughter pay for it. That is messed up on so many levels. AITA for pressing charges?”

This person said that the parent was absolutely correct to press charges and it’ll teach the son a life lesson. 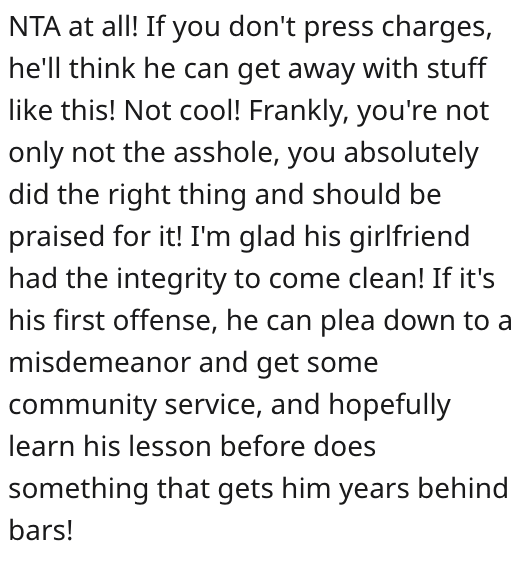 Another person said that the parent was right in this situation and that the son needs a major wake-up call. 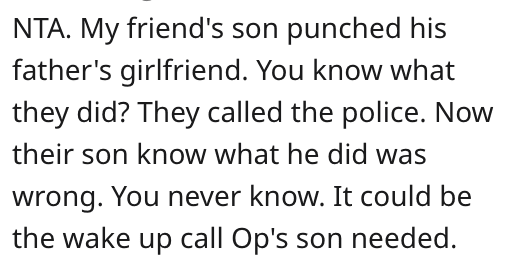 This person said that pressing charges was completely warranted in this story and that the situation could have escalated even further if they didn’t do that. 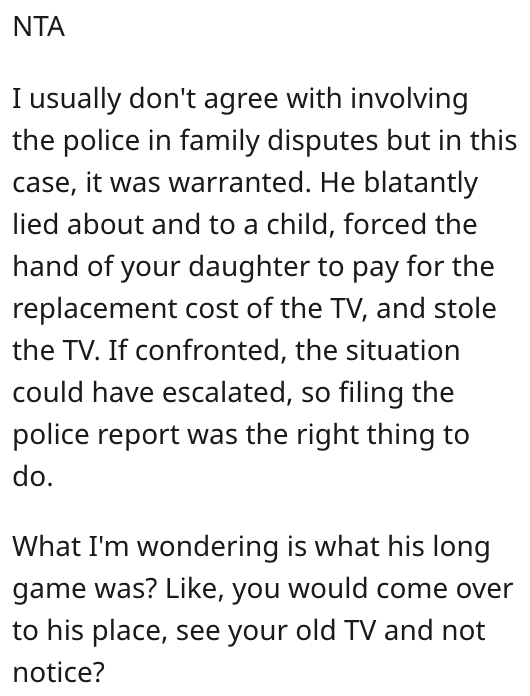 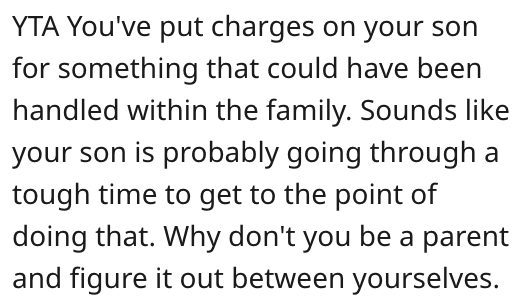 Talk to us in the comments and share your thoughts.