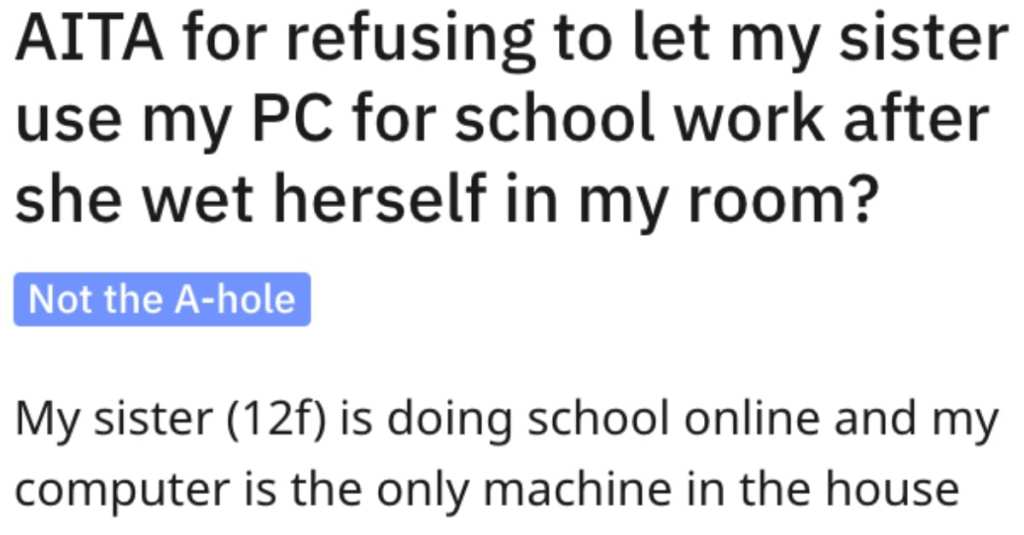 Were They Wrong for Not Letting 12-Year-Old Sister Use Computer After She Wet Herself?

A person took to Reddit’s “Am I the *sshole?” page to ask the readers there if they were wrong for how they handled a strange situation with their 12-year-old sister.

AITA for refusing to let my sister use my PC for school work after she wet herself in my room?

“My sister (12f) is doing school online and my computer is the only machine in the house capable of doing this (we have a laptop but it’s no more use than a paperweight).

I agreed with her and my parents that she can do her work on my pc and use it for connect to her classes. I also let her use it so she can play some games on my pc after she has done her work, stuff like Minecraft and Fortnite.

Today after she had done her work she was playing a game on the PC and when I walked in my room it was obvious she really needed to use the toilet. I told her to go to the bathroom but she said she couldn’t until she had finished the game she was playing (it was something online that lasted ike 20 more minutes).

By the time she had finished the game someone else in the house had decided to go have a shower so she was waiting in my room. When I went to tell her the bathroom was free I found she was wetting herself all over my computer seat and the floor.

I’ve never been more furious and told her she was banned from using my computer again. My parents, although also angry at her, are now annoyed at me because she has no way of doing her work without them spending money they don’t really have on a laptop for her. This has led to a debate tonight where they were accusing me of being unreasonable.

They said I should just ban her from playing games on the PC not school work but my argument was that she’s 12 years old, not 6, and its unacceptable she should get to a state where she’s p*ssing herself in my room so she can’t be in here anymore.”

This person said that there is really no excuse for a kid that old to be wetting themselves in this situation. 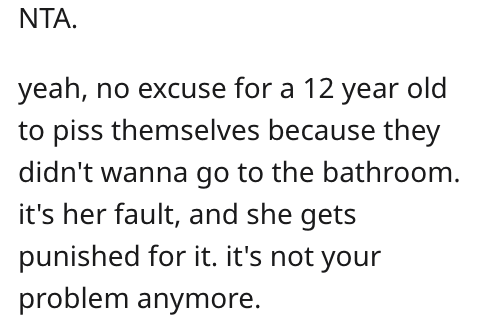 Another person pointed out that this isn’t a little girl by any stretch of the imagination…but she might have some kind of video game addiction. 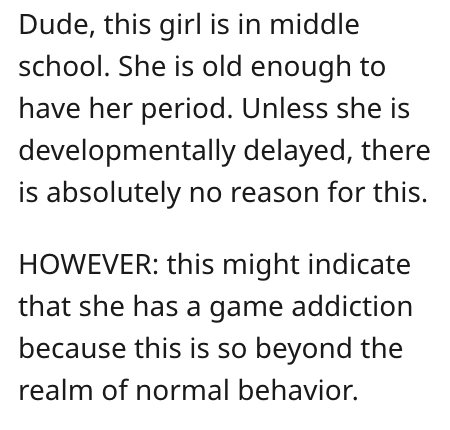 Another reader said that their son might also have a gaming addiction but that he would never go to the lengths of wetting himself at this age. 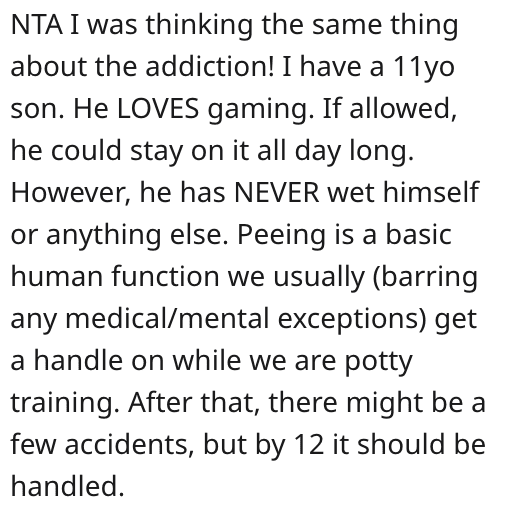 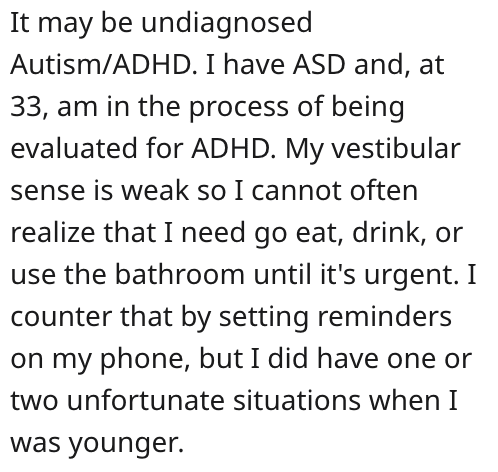 Lastly, a reader said that their stepson also had issues with untreated ADHD and even has a surprising medical condition. Read on below. 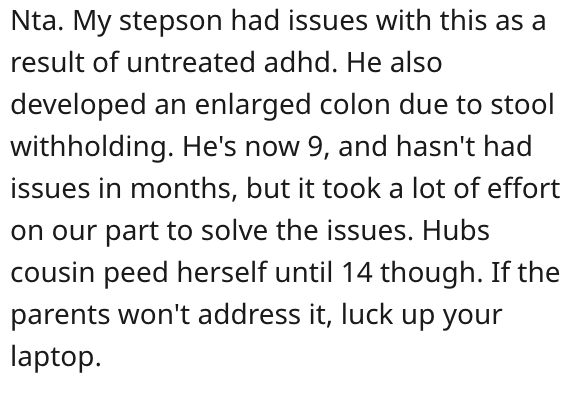 Okay, now we want to hear from the readers out there.

In the comments, tell us what you think about this situation.

We look forward to hearing from you.