Krishna Kumar is from Hyderabad, India, and he feels that achieving a world record is the “highest level of human achievement.”

He is not alone in India. Guinness had to set up a new field office there in 2011 after the country made the third largest number of applications for world records, behind only the US and the UK. Back in March of 2016, Kumar and 88 students at a school in Pradesh teamed up to attempt to break the world record for hugs given by an individual in 60 seconds. The previous record stood at 77 by Carrie Bickmore of Australia in 2014. Hugs, let’s face it, might be the best-feeling world record to break. So, apparently this is  a fairly contentious record.

The record was set in March, when Kumar attempted 88, hugged 83, but had several disqualified for looking more like headlocks to land a total of 79.

A hug, according to Guinness, must include, “both arms… wrapped around the person in a close embrace.”

This still gave Kumar the record by a score of two hugs and two pretty soaked armpits. 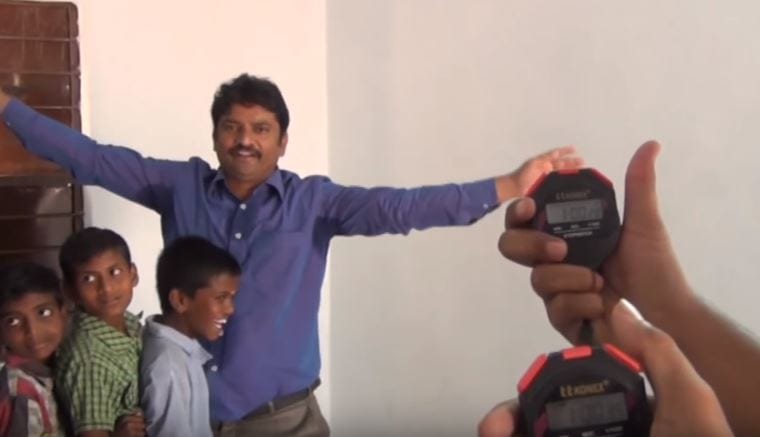 But, the story really started to spread after Guinness released this video in late May 2016.

Do you think you could beat him?

You can apply to beat or set a record here.