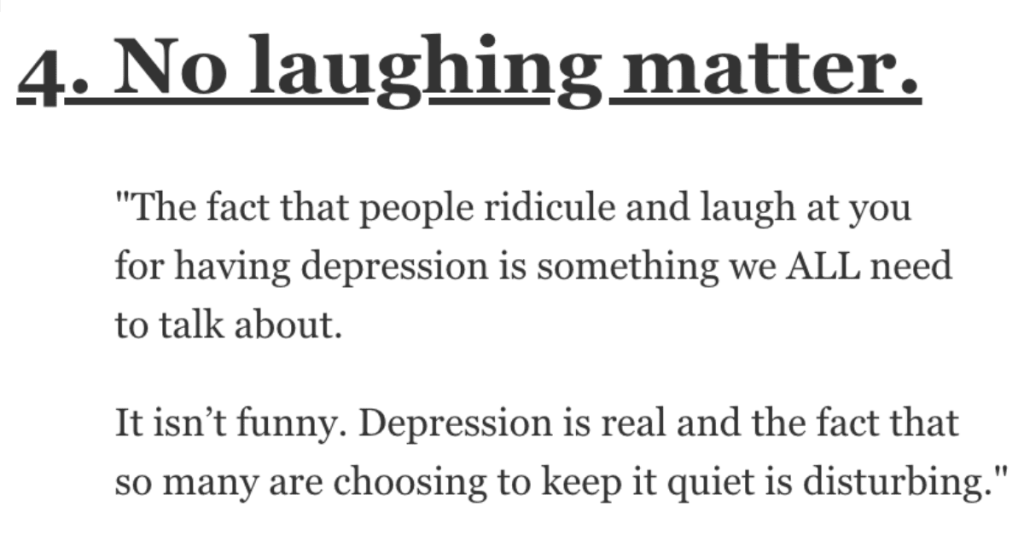 What Are Some Men’s Issues That Are Overlooked? People Shared Their Thoughts.

I think times are changing pretty quickly, but there was a time when most men just didn’t really open up about their problems and about how they felt about a lot of things.

And, in turn, a lot of things that men deal with haven’t been explored at all.

What men’s issues tend to be overlooked?

Here’s how people responded on AskReddit.

“Isolation. Many men have no friends.

More so, they don’t know how to find meaningful friendships, it’s incredibly difficult to know where to even begin, moreso if you’re not in college or school.

I’m 24, almost 25 and never had an emotional outlet. I don’t even know what that looks like in a healthy sense. The first relationship I had, I believe I ruined because I put too much of what I had been carrying for so long on that person, as patient and as caring as they were.”

We’re told to just take it and toughen up, it builds character, puts hair on the chest etc. and we don’t need support or a helping hand.

“The lack of a good support system.

Just because a guy has people that he hangs out with, doesn’t mean he’s comfortable telling them serious personal issues.”

“The fact that people ridicule and laugh at you for having depression is something we ALL need to talk about.

It isn’t funny. Depression is real and the fact that so many are choosing to keep it quiet is disturbing.”

“In western culture, men are defined by what they do and not by who they are (being).

So, when they retire they often develop mental illness because they are no longer “doing”. this often leads to s**cide.

Then there’s the whole nonsense of the stoic emotionless man getting on with the work.”

My BF suffered that in both his marriages and I am SO CAREFUL to not say or do anything that could make him feel the way they made him feel. I try very hard to be sure he knows I value him for who he is, just the way he is, every single day. Even he doesn’t know how much damage they caused him.

I will never get over this 1950s assumption that women can’t abuse men. Women ab**e men way more often than anyone realizes, and the system is stacked against men in so many different ways.”

7. Mind your own business.

“So I’m at the park playing tag with these kids I’m babysitting and out of nowhere this old lady comes up to me and starts asking all sorts of questions. Do you know these kids? What are there names? Can you call their parents for me?

Even asking the kids if they knew me and when they answered yes, she responded with “you don’t have to lie, if you don’t know this man, you can tell me and I can help you.””

It seems like a joke, but guys literally k**l them selves because of it.

“Male pattern baldness and the impact it can have on mental health and body image.

Imagine being in college surrounded by guys with perfect NW1 hairlines with all these cool fades and modern trendy hairstyles while you’re stuck looking like Moby or Varys from GOT. Brutal.

The worst part is nobody really talks about it, it’s a very hidden and taboo issue that many men go though but society refuses to truly address, so they are forced to suffer in silence.”

If something is dangerous, send men. Your partner can replace you easily. Your only value is what you offer to other people and the minute you are not useful anymore people cast you aside like the fungible commodity you are.

I would like to be treated like I have inherent value as a person, not like I’m something to be tolerated until I’m no longer useful.”

“I run recreational kids programs at a community center.

There have been several times women refuse to drop their kids off when myself and another male are working the program. Doesn’t matter if other moms dropping their kids off tell them we’re fine and they’ve known us for years.

Then they go to the front desk to complain and get told the same thing and they act like they simply can’t understand how two adult males could possibly care for a group of 3-5 year olds. There are often implications they dance around as to why must be working there.

And I get you should be comfortable with the people you’re dropping your kids off with but what kind of message are you sending to your own kids when you pitch a fit about how men simply can’t be trusted? What message do you send to your own son?

I love my job and it hurts to be viewed as untrustworthy or even a predator simply because I’m a guy.”

You’re not supposed to show that you have doubts or worries about your abilities or self-image. A man is supposed to be confident, able and self-assured. It’s not okay for men to admit that they lack self-esteem, or that they have genuine problems with their self-image, as they are seen as weaknesses in-and-of themselves.

Other men or women aren’t going to ‘bring you up’. They won’t provide emotional support and tell you it’s okay to be unconfident or to feel shame about who you are – they will simply expect that you should take it on the chin. Not everyone can be ‘that’ guy.

But, for a man, what actually makes you feel like a man is being that guy.

So you kind of walk around pretending that you’re happy, despite the fact that you’re not seen as valuable or as desirable as other men – because in doing so, you would be seen as even less valuable or desirable.”

What men’s issues do you think get overlooked?

Talk to us in the comments and fill us in.