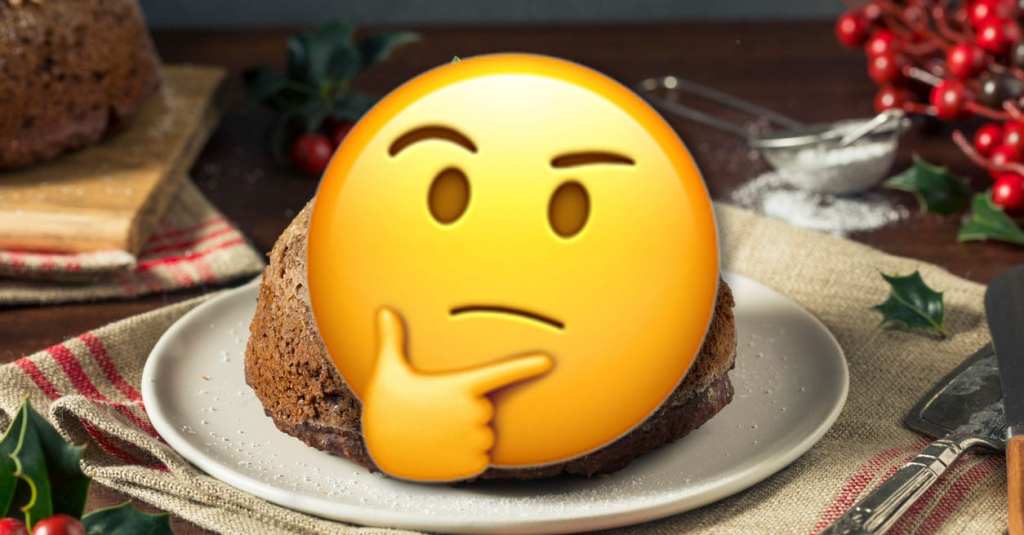 What Exactly Is Figgy Pudding, Anyway?

We belt out all kinds of traditional songs without understanding exactly what we’re singing, and I’m guessing that if you live in modern America, there’s a good chance you have no idea why the people in We Wish You A Merry Christmas are so demanding about figgy pudding.

First off, non-Brits, let me introduce you to this concept: in the U.K., “pudding” is a term for any dessert, not just what we Americans think of as pudding.

Like, yes, they might say “What sort of pudding will we be having?” instead of “What’s for dessert?”

So, figgy pudding (also called plum pudding)  isn’t custard-like at all – it’s a sugary cake, and, perhaps even more surprisingly, it contains neither figs nor plums.

Figgy pudding is a steamed, domed-shaped cake made with alcohol and dried fruit that dates back to the 14th century. It was originally stew-like and savory, but it transitioned to a sweet dish by the end of the 16th century.

Today, the dessert is commonly filled with currants and raisins and soaked in rum or brandy.

Why is it called plum or figgy pudding? In pre-Victorian England, the word plum referred to any type of dried fruit, including raisins, and it may have included figs at some point as well.

And now you know…though if you’re like me, you won’t be adding this particular traditional dish to your holiday rotation anytime soon.