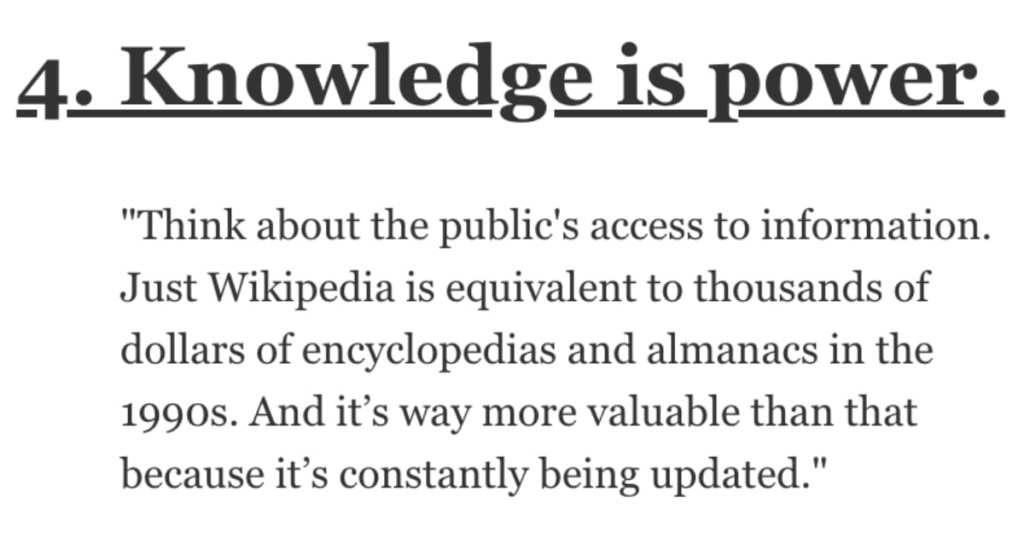 What Small Ways Has Society Made Progress in the Last 20 Years? Here’s How People Responded.

Blink and you’ll miss it.

An older gentleman told me that when I graduated from high school. I kind of shrugged off his words of wisdom but it turns out he was right…

And things are always moving forward, which is good news for all of us here on planet Earth.

In what small ways has society progressed in the last two decades?

“My grandfather has been blind for forty years.

He says people are way more friendly than they used to be, especially younger people are eager to help.”

“I think the majority of the world knows a lot more about other cultures and countries.

Thanks to the internet and learning facilities and the vast possibilities of travelling, people can really get into these topics if they want to.”

“Infant mortality rate in Africa is now the same as it was in Europe in the 1970s.

Just Wikipedia is equivalent to thousands of dollars of encyclopedias and almanacs in the 1990s.

And it’s way more valuable than that because it’s constantly being updated.”

“The rapid skill increase across all forms of gaming/sports, art, leisure activities, etc.

The internet really has allowed niche-activity folks to learn the most effective practices collectively, as opposed to independent and un-structured learning.

Hobbyists can (and are) now able to quickly get really good at nearly everything, at a ridiculous rate. Poker, paintball, video editing, computer games, etc…. doesn’t matter what it is, it’s easier now to jump from “beginner” to “pretty good” in nearly anything.”

6. You can learn anything!

“The intermet has made it easier to learn almost anything.

When something in my house/car breaks or needs upgraded, I can generally diagnose it with Google and then watch how-to videos on youtube to decide if I should do it myself or just save time and contact a professional to complete the repair.”

“Stressing the importance of seat belts and helmets.

“I took my grandparents to my Grandpa’s sister’s funeral, on the drive back home I had to buy a Pepsi and a coffee because I was tired.

I finished the can of Pepsi, and put the can in the cup holder.

Grandpa said “you know son, 10 years ago that would have went right out the window.””

And this doesn’t mean just work either, but designing more building to universal design so that people with disabilities can access more spaces unassisted.

Honestly, in my extended family it’s maybe only one of my distant cousins.”

“Wearing glasses has all but lost the negative stereotypes surrounding it.

They often used to make kids suffer through school unable to see.”

“We’re normalizing openly discussing miscarriages. It use to be uncouth to discuss in social settings and was more something that couples had to suffer silently to themselves.

After recently experiencing one, the outpouring of support has been amazing and such a pillar of support for us through this tough time. We were thankful to have others to mourn with us.”

“In my country several efforts have been made to save our only remaining native indigenous language from being extinct.

What progress do you think we’ve made in the last two decades?

Sound off in the comments and let us know!