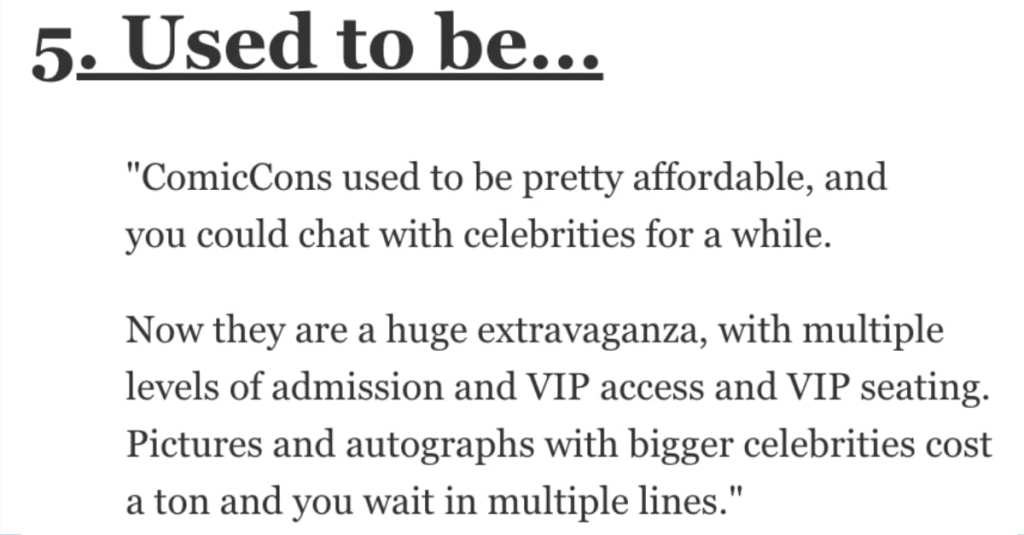 What Was Loved by Poor People Until Rich People Ruined It? Here’s What People Had to Say.

Those darn rich people have to come along and ruin everything, don’t they?

Well, maybe not everything, but I will agree that some things that poor folks used to love do get ruined by the people with all the cash.

What was loved by poor people until rich people ruined it?

Here’s how people on AskReddit responded.

“Every little cool mountain town in the American west.

Move in, build their million dollar mansion, and spend the next decade complaining about how the internet is spotty, the electricity goes down during blizzards, and mountain lions keep ki**ing their Shih-tzus.

I’ve seen it so many times.”

Used to be cheap when I was younger.

Now it’s a hipsters paradise and expensive as heck.”

“Living near the coast used to be a poor people thing a long time ago.

My grandfather bought a house on Cape Cod when he retired from being an airline mechanic in the late 1960s. He wasn’t poor, but he sure as hell wasn’t rich, and a normal middle class person wouldn’t be able to do that today.

Even if you inherit a house free and clear, the property taxes will eat you alive if you aren’t rich.”

The number of amazing podcasts that have been ripped off by celebrities who are so out of touch with the average persons daily experiences is disgusting.

They are so starved for attention they have to take over any discussion that’s happening.”

“ComicCons used to be pretty affordable, and you could chat with celebrities for a while.

Now they are a huge extravaganza, with multiple levels of admission and VIP access and VIP seating. Pictures and autographs with bigger celebrities cost
a ton and you wait in multiple lines.

When I went(pre-Covid) I normally just see/buy art, those folks are usually not super busy and will often sign stuff for free.(unless they are big dudes like Frank Miller).”

6. Not for the masses anymore.

It used to be the entertainment for the masses and now it’s ridiculously expensive and inaccessible to most people.”

The new machines are plastic garbage and since its become a hobby rather than for the average person.

The patterns after the 1970s use way too much fabric.”

It used to cost close to nothing to reserve a camp site (some are still cheap) but now they’ve gone all boujee and some sites charge you ridiculous fees to pitch a tent in the woods.

Same with music festivals in the forests. People would go to get away from bull**it societal hierarchies and enjoys music and self expression. Then they got all mainstream and it lost its original meaning (think Burning Man).”

It was a dead, cheap to get into industry as a hobby.

The massive amount of companies taking over a site for individual creators is really heartbreaking.”

I remember goodwill and walmart selling their champion stuff for cheap, now it’s “designer” and it costs so much more now.”

“All types of what was traditionally “poor people food”.

Pork belly, oxtails, etc. All the things that use to be cheap because they were considered to be the trash parts.

Now that people realize how delicious they can be its driven the price up.”

It used to be the cheap option, especially where I live as there’s a huge hispanic population and lots of great cheap Mexican takeout places.

Then all of a sudden tacos became trendy and now places with $5+ tacos exist and everything went up in price pretty quickly.”

What do you think was loved by poor people until rich folks ruined it?