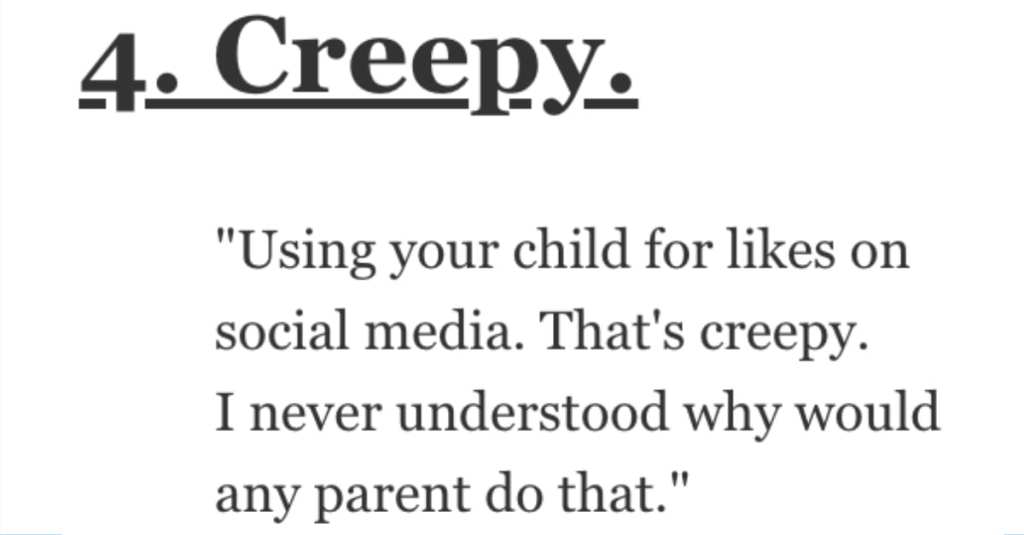 What “Wholesome” Things Are Actually Toxic? People Shared Their Thoughts.

We all have our own opinions about things, but when it comes to what’s toxic or harmful, I think people are really divided.

And that makes sense because pretty much EVERYTHING is really divided right now.

But still, it’s probably good to get to the bottom of things that aren’t good for us at the end of the day.

What “wholesome” things do you think are actually toxic?

I once saw one where the person put baby ducks inside oil in which the ducklings were all covered with it, and they couldnt move.

Then she “rescued” those ducks. Shame.”

“Corporations who spend $50 million on ads to tell you about the amazing $1 million they spent on a charity program.”

Case in point, the Ballinger family.

The Mom was looking for a specific picture she’d posted of one of the kids a few years ago and there were more than a few fans who came forward and shared it with her.

Weird to be saving pictures of children who aren’t your own.”

“Using your child for likes on social media.

I never understood why would any parent do that.”

Margie if you loved your dog you’d feed it properly rather than free feeding it dry food and giving it a can of wet food in the morning with three kinds of dog treats shoved in it.

“Teachers working overtime/sacrificing for their students/fundraising for anything/etc. Most news articles that hit national headlines about teachers are toxic as f**k.

“Student raises money for his former teacher found living in a car.”

“The expectation to keep your family members in your life no matter what they do.

Some people have families that treat them like absolute s**t, and being related to them isn’t a good reason to keep them around.

“Any viral story about some kid selling s**t to pay for a relative’s healthcare.

Shouldn’t be a thing.

I just read a story about a child the age of 10 having to pay for her chemo via a lemonade stand.”

“The “martyr mom” idea that you have to sacrifice 100% of your life for your kids.

Absolutely parenting takes sacrifices, but I have seen some people act like they can’t do ANYTHING for themselves anymore because they have children.

For example, a woman I work with ended up with a half day at work while her kids were at school so she had 3-4 hours of unexpected free time. I suggested she got get a mani-pedi or something else fun for just her.

She told me “I could never do that, I have kids!” Lady, your kids are safely at school and this is found time. It doesn’t make you a better parent to neglect yourself, especially when it isn’t even necessary.

You don’t have to be puke covered, unshowered, and unhappy to be a good parent.”

What? You aren’t grinding yourself into a fine red paste at your job, coming in early, leaving late, working weekends, and paying for your own training?

What do you mean you don’t have a side hustle and passive incomes? Are you even trying? Haven’t you found your purpose and started a business yet? What are you even doing?

“Social media posts of people sharing their “good deed” or “act of kindness”.

Especially when it’s some annoying elaborate thing that completely ignores existing social supports (like collecting and then handing out food donations instead of oh, idk, REGULARLY SUPPORTING THE FOOD BANK) or they just give money to a “poor” person and then force that person to pose with them.

What things that are considered wholesome do you think are actually toxic?