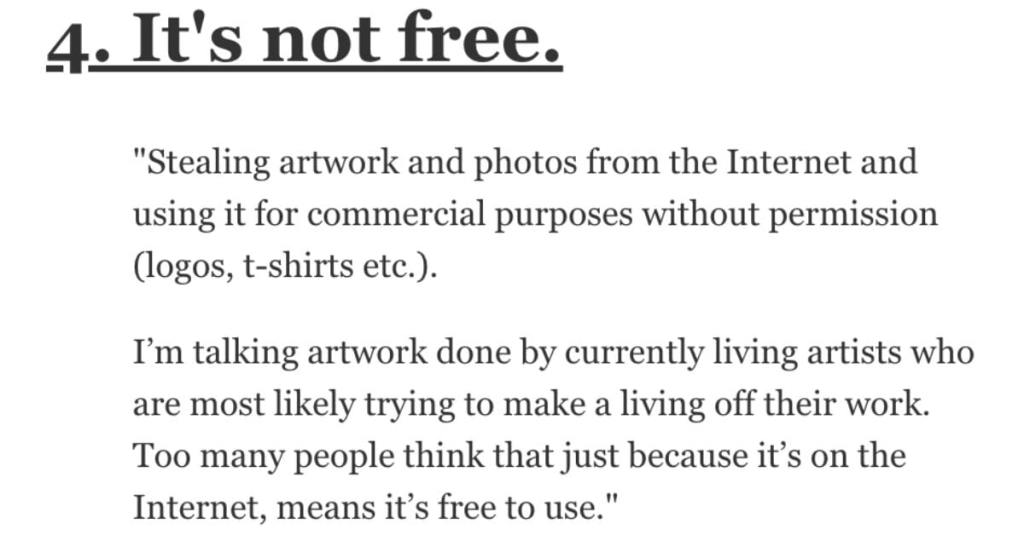 What’s Illegal but People Act Like It Isn’t? 15 Folks Responded.

We live in a weird world.

Some people obey the law and some don’t.

And then some folks choose WHICH laws they choose to obey, which is a whole different issue…

What’s actually illegal but people act like it isn’t?

“Teenagers with leaking each other’s nudes.

I’m a teen myself and seen it happen to many classmates.

Lots of kids don’t realize you can get charged with CP as a minor.”

“In the US, telling non-managerial employees not to discuss wages. The National Labor Relations Act — which was passed in 1935 — makes it illegal for an employer to prohibit you in any way from discussion of your wages with others.

Nnless you’re management; as in, actually have control over others’ salaries. Then they can tell you not to disclose those.”

“Not picking up after your dog.

There’s an awful lot of doggie landmines in the dog walking trails where I take my dogs.”

“Stealing artwork and photos from the Internet and using it for commercial purposes without permission (logos, t-shirts etc.).

I’m talking artwork done by currently living artists who are most likely trying to make a living off their work.

Too many people think that just because it’s on the
Internet, means it’s free to use.”

“I work in downtown Seattle a lot.

So heroin and having your d*ck out.”

I live in a college town, and I take a mile walk every morning, and I like to people watch while waiting at crosswalks. It’s infuriating how people can just stare at their phones while driving.

I could understand if it was just when stopped (though you shouldn’t do it even then) but these people roll up to a light, head tilted 90 degrees to the side, one hand on the wheel and it drives me nuts.”

I always wondered where this was actually enforced. Thought it was big cities like New York.

Then I went to New York and realized you cross the street whenever you think you can do so without dying.

“Dropping the cigarette butts on the ground.”

“Recording a baseball game without the express written consent of Major League Baseball.”

Holy sh*t, the amount of people that I saw when I had Tiktok actively encouraging and giving tips for shoplifting was f*cking insane.”

It’s actually frightening how many people drink and drive regularly.”

“Giving a homeless person a place to sleep.

Incredible amount of regulation involved in putting someone in a sheltered bed for the night, yet the general public assume it’s an easy process.”

“In South Africa, literally everything.

It’s not illegal if nobody important sees you and even if they do see you they either dont care or you can probably bribe them.”

“In the Netherlands, scaffold theft.

It is insane how much scaffolds get stolen.

Worth of thousands of euros.”

What do people not think is illegal, even though IT IS.