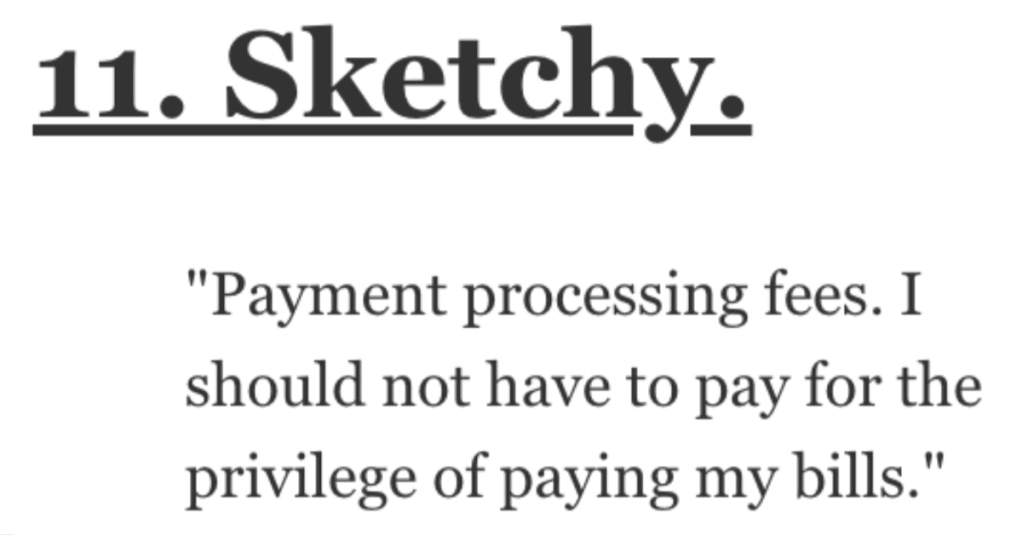 What’s Legal That Shouldn’t Be? Here’s What People Had to Say.

Yeah, it sucks, but it’s just the way that it is…

And you just have to deal with it…

Which brings us to today’s question: what’s legal that shouldn’t be?

“Politicians and their families buying stocks and crypto.

There are technically laws against it, but they’re so full of holes it’s like trying to catch water with a net.

Yet, wage theft accounts for more stolen value than any other form of property crime.”

Then engages in predatory leading. And then the government makes it impossible for the borrowers to have any sort of forgiveness.”

“Lobbying. It’s legalized bribery, and lobbyists are the ones who have control over what gets passed or voted down, not the citizens.

In that same vein, the Electoral College. I understand why it was brought into use, but that reasoning is long outdated. In a day and age where the vast majority of people in the US are able to read about and understand the issues and make an educated choice of which candidate’s views align with their own, there’s no reason not to elect representatives by popular vote.

Thirdly, the lack of term limits for the HoR and Senate. We limit the President to two terms to avoid having a dictator but allow these old f**kers to basically serve for life if they keep getting re-elected. In the end, THESE are the ones who are actually running the country, not the president.”

“S**king in the same room or in a car with children and babies.

People can’t legally serve young children al**hol without getting into trouble, but can force their kids to inhale their s**ke.”

The message that it sends to young girls is horrific. Plus, they tend to be havens for predators.”

“YouTube families. Kids who are underage shouldn’t be allowed to feature in YouTube video so their parents can cash in.

Most of the time the kids are too young to understand their rights or the consequences of being in the public eye.

Especially when their dumb parents pull pranks on the children.”

I should not have to pay for the privilege of paying my bills.”

I don’t think I need to explain why.”

I think there should be a Cap on it!

So everyone can afford it, irrespective of their financial status!”

“Acting like tipping is mandatory but to not including it on the menu price. It’s not tip, you legit pay for the employees to do their jobs and they even get paid less because of that, might as well just add it to the base price.

On the same page, not including every fee you pay when you purchase a car in the add. Like they don’t even mention it to you if you don’t ask, simply make you sign papers.

Sadly capitalism requires people to spend their money and forcing them to do this will simply discourage the purchase and this is probably why gouvernement never did anything about it.”

“Turning a recently-purchased privately-owned property into a rental property.

People are monopolizing home ownership in the name of “AirBNB’s.””

Let us know what you think about this in the comments.