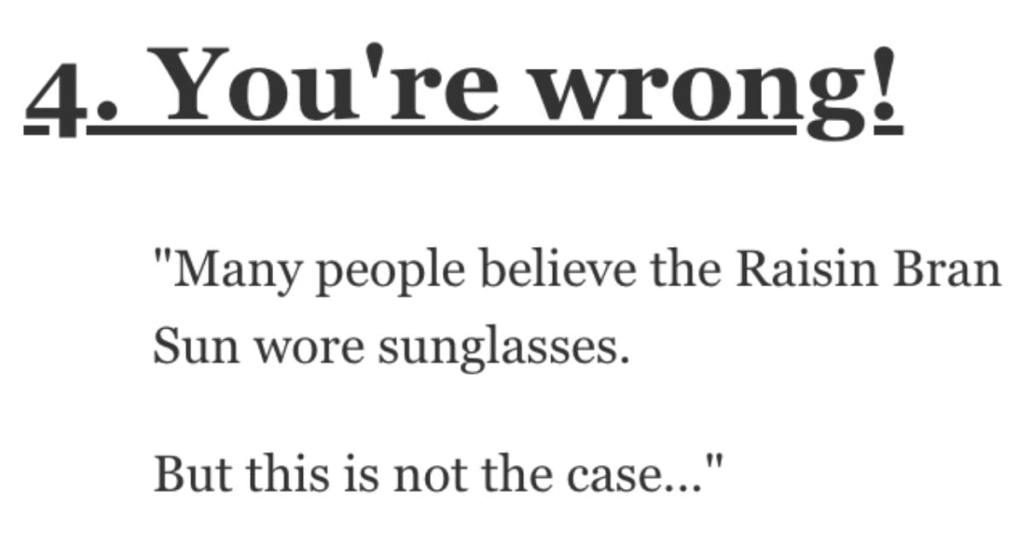 What’s Your Best Example of the Mandela Effect? Here’s What People Said.

Do you remember the Bernstein Bears?

I do…and guess what? I was wrong. Dead wrong!

It’s actually spelled Berenstain, and I guess my entire childhood was a lie…

This is an example of the Mandela Effect, when people remember something differently than it actually happened.

“In Denmark we have a very popular television show called “Matador” which takes place from 1929 to 1947.

There’s a very memorable scene where the town’s resident spinster has finally gotten married but when her husband wants to consummate their wedding, she locks him out on the balcony.

When the show re-aired for the first time in the early 1980’s there was a huge sh*tstorm because the broadcast company had removed the scene where he stands on the balcony, shouting to be let back in – only that scene never existed in the first place.

But everyone in Denmark who has watched “Matador” knows exactly how that scene looks.”

“I do a fair amount of transcription work as a part of my job, logging specific statements that were made.

Two years ago, I was asked about a statement made by someone during a meeting. Five of us recalled the statement at issue the same way – and none of us were right.

When I logged the audio and sent it around, we were astonished by this lack of recall.”

“Every Brit of a certain age remembers the double entendres in Captain Pugwash.

Even The Guardian reported in 1991 that it was taken off air by the BBC due to the risque nature of the children’s cartoon.”

But this is not the case…”

“Mr. Rogers saying “it’s a beautiful day in the neighborhood”

What he actually said was “it’s a beautiful day in THIS neighborhood”.”

“The Fruit of the Loom logo.

I swear to god it had a cornucopia!”

“The Mona Lisa having no smile on her face.

People claim that she’s always had it (how it is now), but others, including me, remember the Mona Lisa not smiling in the painting.”

My father is convinced with 100% certainty that it used to be called Jiffy, and not gonna lie the amount of certainty he says it with kind of makes me question if it in fact was called Jiffy at some point in the past.”

“Coca Cola and the hyphen, Mickey Mouse and the overall straps, Nelson Mandela and when he died (hence why it’s called the Mandela Effect).”

“I remember the Monopoly man having a monocle but apparently he’s never had one.

How weird is that?

Does anyone else remember him having a monocle? I’m convinced he did.”

“The famous line from Star Wars when Vader tells Luke he’s his father.

In the comments, please tell us about your own experiences with the Mandela Effect.