Why Do Men Fall Asleep After Sex? (Don’t Worry, It’s Not You)

Ladies, have you ever had your world rocked in bed by your male lover? Have you experienced the dreamy, lovey-dovey state of a powerful orgasm and then the need to cuddle afterwards?

But I’m sure you’ve also noticed that during intimacy talk, your man drifts a bit, perhaps even falls into a deep sleep, leaving you…what? Alone? Unable to express your love and emotions? Darn it… 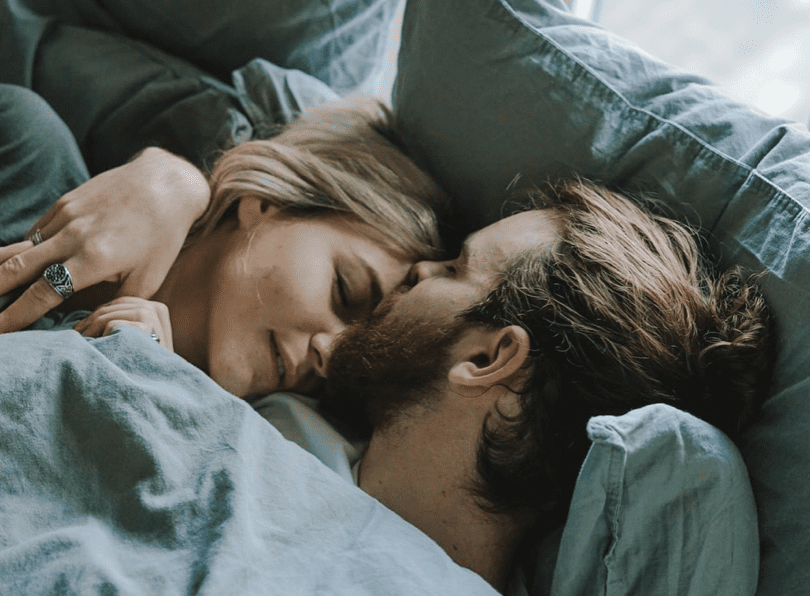 Don’t worry – he’s not sleeping as an excuse to escape cuddle time or ignore your connecting relationship. He’s doing it because you rocked his world. True story!

It goes without saying that the act of orgasming is experienced in different ways among the sexes. Men ejaculate externally while women “explode” internally. But what does this mean for brain chemistry?

When a man crosses the sexual finish line, his energy is literally spent. His prefrontal cortex (which houses decision making, personal expression, etc) pretty much switches off. Since this is the epicenter of consciousness, alertness, and mental activity, his brain basically gets sleepy.

But in women? Our orgasms doesn’t cause the same sort of energy expense, therefore we can talk and cuddle after sex. Le sigh.

Body reactions to sex and orgasm

There are many things…um…surging during sex and foreplay. And prolactin, a hormone excreted during playtime plays a huge factor. According to one study, “Research has shown that pituitary hormone prolactin (PRL) plays a role in regulating sexual satisfaction for both men and women.”

But that’s not all. Glycogen, a storage of carbohydrates, is spent as well.

Mark Leyner and Billy Goldberg, M.D., authors of Why Do Men Fall Asleep After Sex?, give their explanation: “It is thought that exertion during sex and after climax depletes the muscles of energy-producing glycogen. This leaves men feeling sleepy. Since men have more muscle mass than women, men become more tired after sex.”

Regardless of chemical increases and depletions, it is a simple fact that women enjoy conversational intimacy with their partners.

Laurie Betito, a Montreal sex therapist, said,”Women like to ‘process’ their experiences, hence the desire to talk after sex.”

As a woman, I can vouch for that. I’m better at communicating emotions after sex and therefore crave that tender heart-to-heart talk with my beau, even if he’s drifting off.

So no matter why you might think about your man drifting away into a post-coital slumber, it’s purely a matter of chemicals and fatigue. It is not you.

If anything, take it as a compliment that you wore him out!