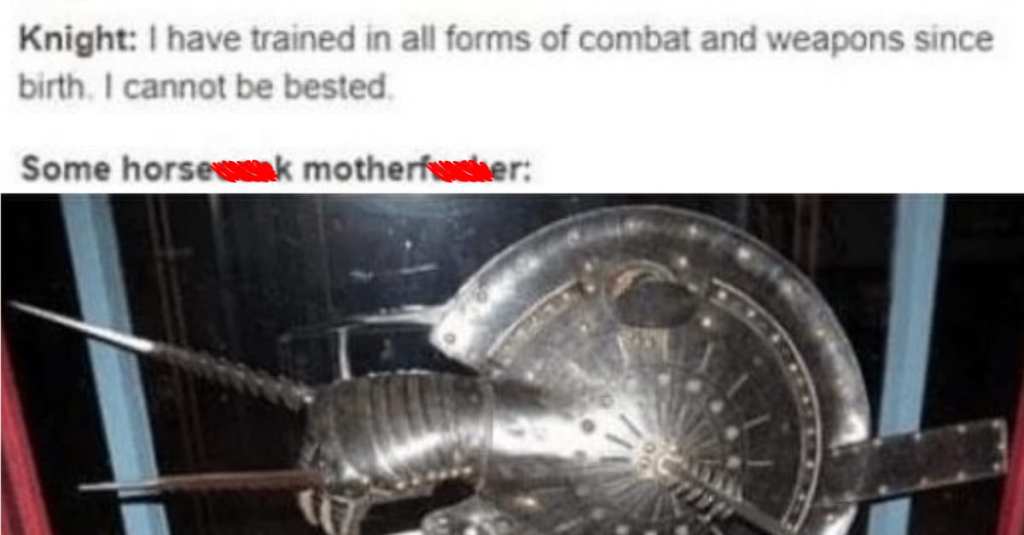 If you know anything about the Middle Ages, medieval warfare, or just life during that time in general, then the fact that they came up with some truly insane weapons probably won’t surprise you.

It’s hard to blame them, I guess, because the Middle Ages were not the best time in history to be alive. They’d smashed and forgotten about all of the beautiful, streamlined devices that allowed the Romans to do things like, you know, have clean, running water for everyone and had regressed to crapping in holes in the ground.

Then there was the Church, which ruled everything and were not known for their tolerance.

To what lengths blacksmiths would go to be the baddest bada$s on the battle field, though, just might. 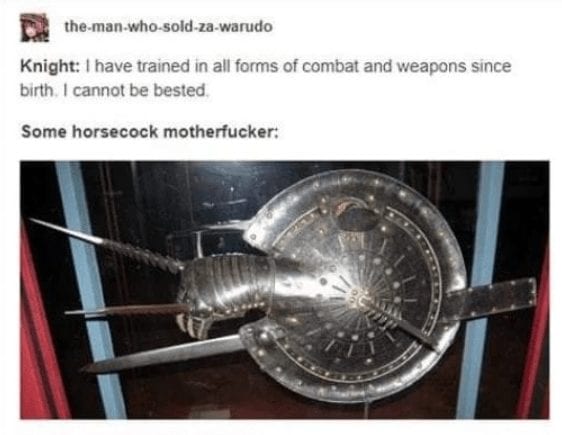 I mean, just look at that thing – you definitely would not want to see that coming at you. 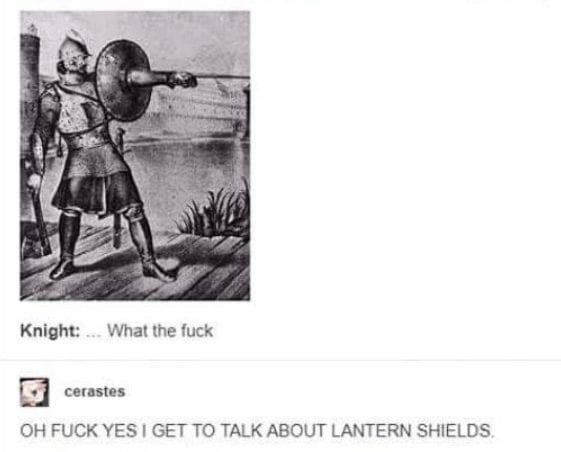 Apparently, blacksmiths had plenty of time on their hands. And devious minds, to boot. 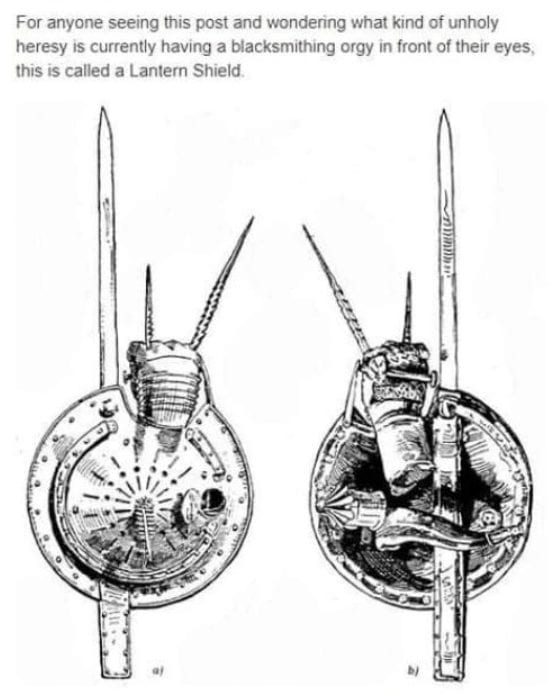 They held lanterns, yeah, but that wasn’t really the best thing about them, right?

Once blacksmiths realized their weapons/shields could hold a light, they apparently realized they could hold…whatever they needed to maim and kill another human, obviously. 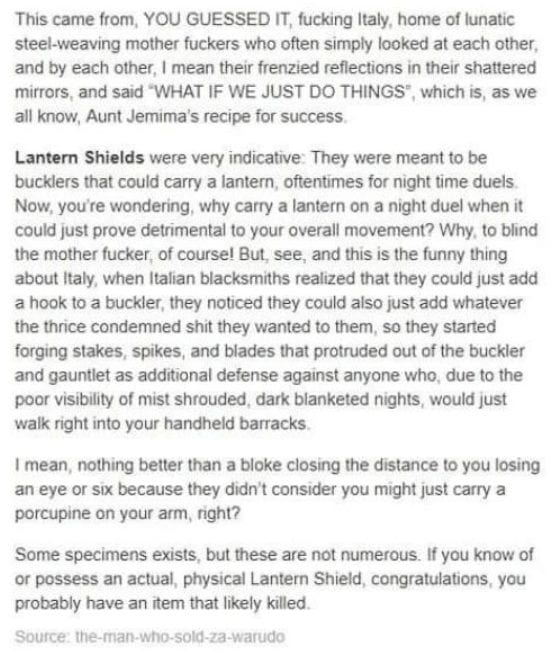 So there you have it.

If you’re some kind of historical weapons expert, I would like for you to tell me (and show me) if there is something out there that looks crazier than this thing.

For now, I’m going to go with the lantern shield being the most batsh%t thing a person has come up with that’s meant to end another human being.

I’ll be waiting for more contenders in the comments!