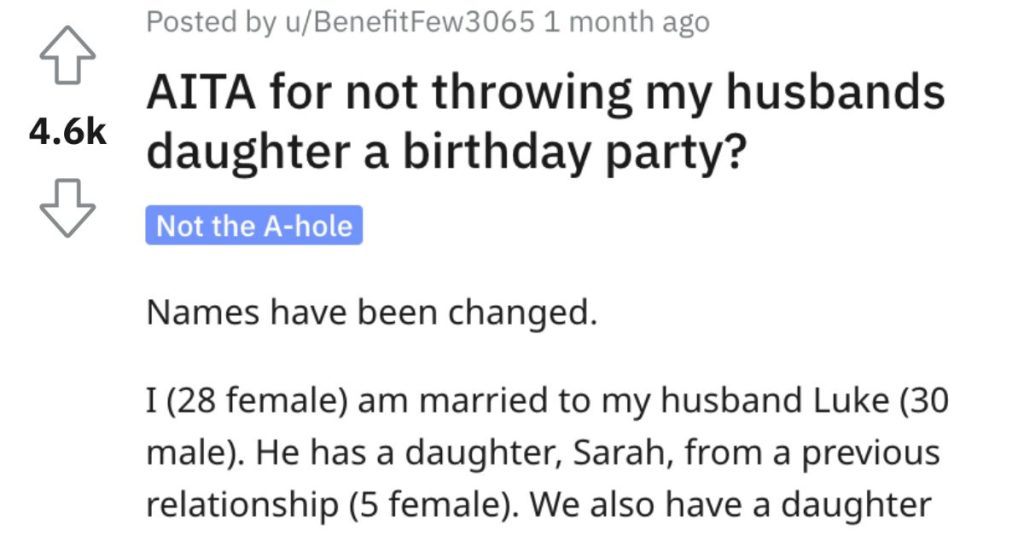 Boy, oh boy, do people get worked up about birthday parties for their kids, or what?

And I guess that makes sense…

But still…maybe everyone out there should get a grip?

Check out this story from Reddit’s “Am I the A**hole?” page and tell us if you think this woman was out of line.

AITA for not throwing my husband’s daughter a birthday party?

“I (28 female) am married to my husband Luke (30 male). He has a daughter, Sarah, from a previous relationship (5 female). We also have a daughter Ana (3 female together).

Luke’s ex had let us know she was throwing a party for Sarah and invited us and his family. I offered to help in any way I could and she said it was okay. So we bought a gift and the party itself was nice. It was a small get together with friends and family.

Ana’s birthday was a month prior. I had a petting zoo and it was very over the top. There was pony rides and we have a pool and I rented a bouncy castle. Big balloon arches the works.

Luke asked me the other night ( a couple days after Sarah’s party) when we’d be throwing her a party since Sarah asked when she called to say goodnight. I said I didn’t think we would since her mom threw a party.

Luke said it wasn’t fair since Anas party was so extravagant and now Sarah wants one too. I explained I asked his ex if she wanted help (financial or physical) and she declined. I told him I wasn’t planning to throw it and don’t really have the time now getting ready for the girls to start school.

This caused a major fight and he thinks I’m an AH for not throwing the party. I also think it’s not necessary since she had a party and we attended. His ex also thinks I’m favoring our daughter.

Check out what folks on Reddit had to say.

One reader said she’s NTA and that it’s on him to plan his own daughter’s party. 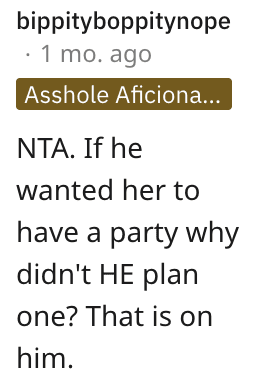 Another Reddit user made it pretty clear who’s at fault here. 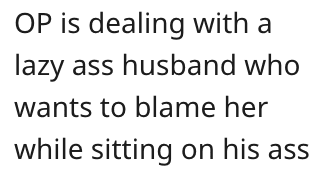 And this individual also said this is on him and that planning a party isn’t rocket science. 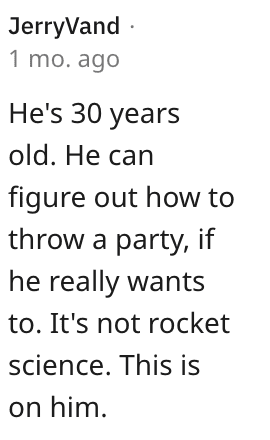