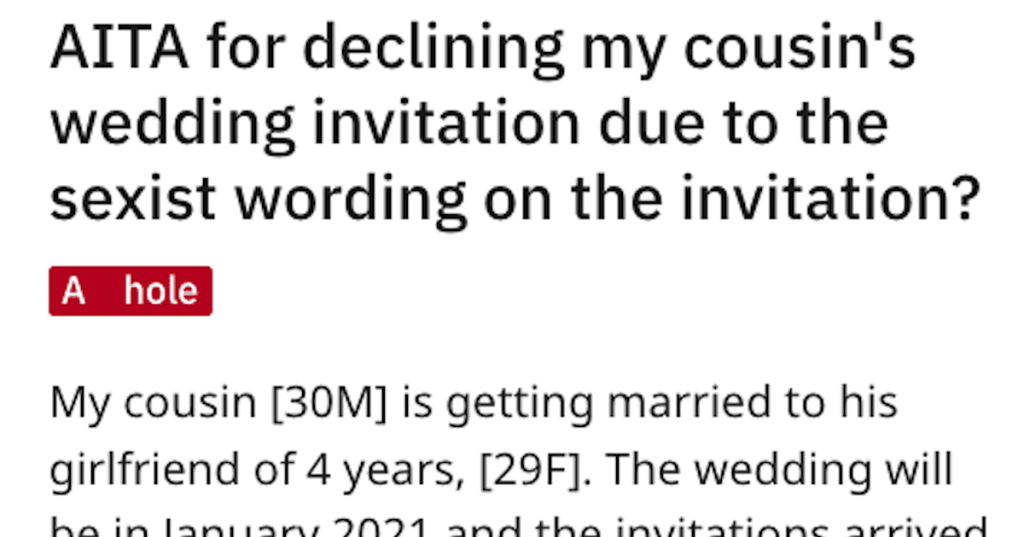 Times sure have changed for married couples.

At one time, the bride always took the groom’s last night and the couple collectively went by “Mr. and Mrs. So-and-So.”

But, these days, many partners simply keep their last name, use a hyphen or create an entirely new surname to use as a couple.

One woman was distraught when she received a wedding invitation from her cousin addressed to “Mr. and Mrs. John Smith,” which she felt completely erased her from the equation. She never took her husband’s last name after they got married.

She posted her feelings on Reddit and wondered if she was the asshole for declining to attend the wedding: 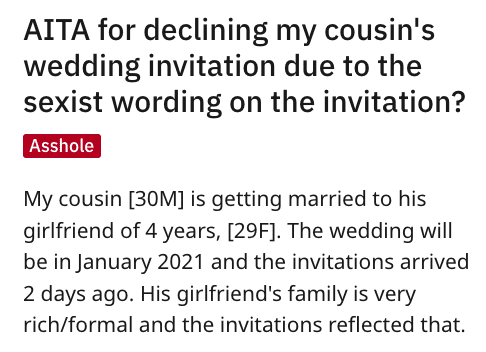 So they were rich, eh? I guess that means THEY’RE the assholes, right? 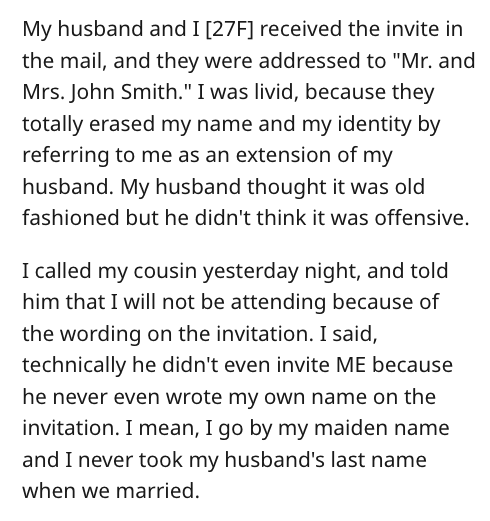 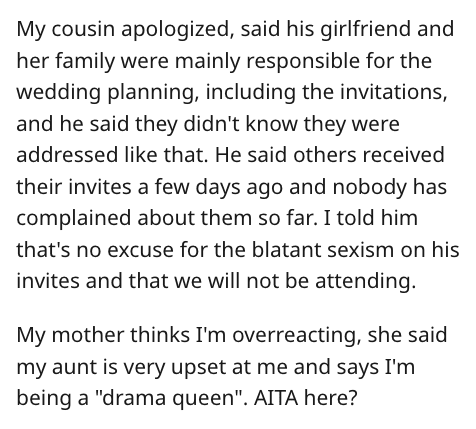 As you might have guessed, Redditors had a lot of feelings about this story.

By and large, however, they felt the original poster was, in fact, the asshole for not taking the cousin’s apology seriously. 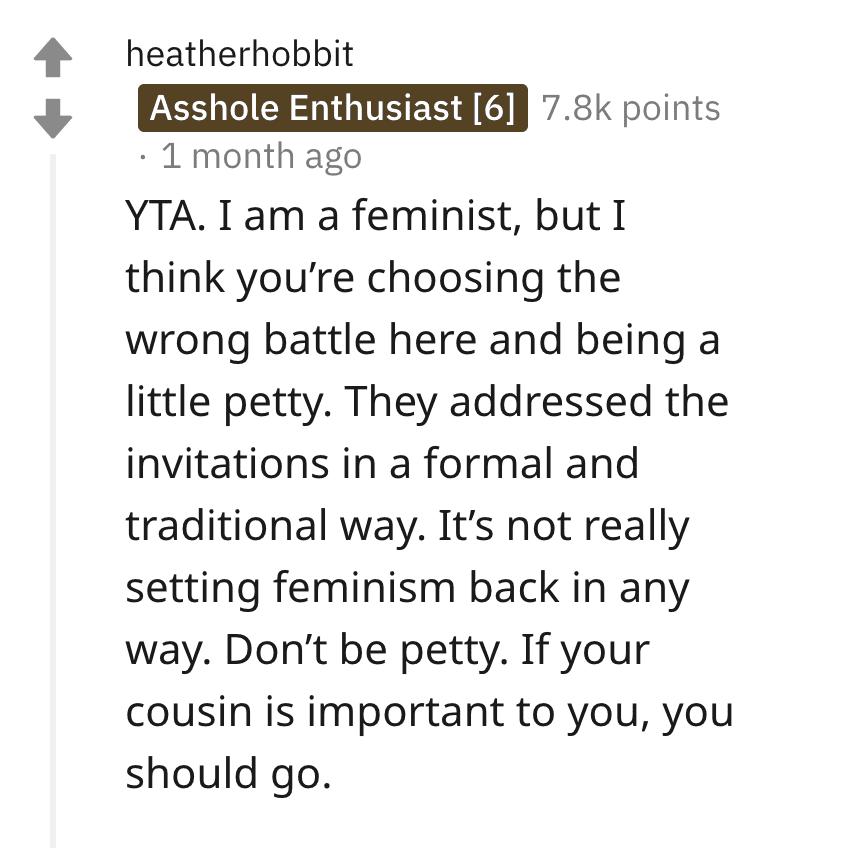 People were pretty adamant that she shouldn’t let this stand in the way of attending the wedding: 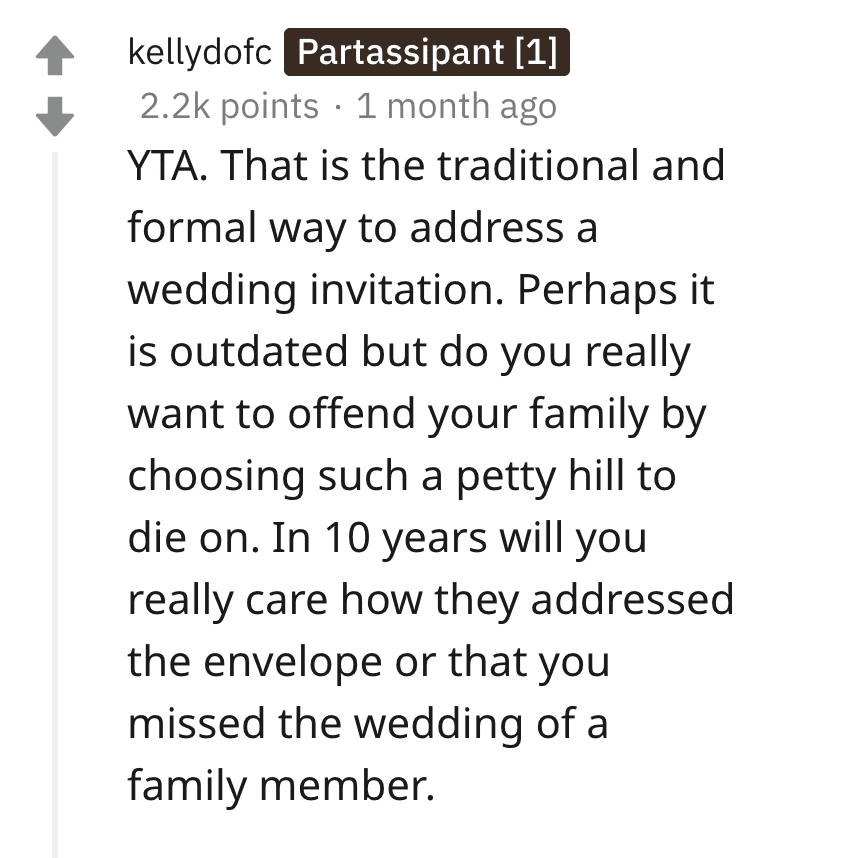 One commenter pointed out that the woman was making the whole wedding about her, not the bride and groom: 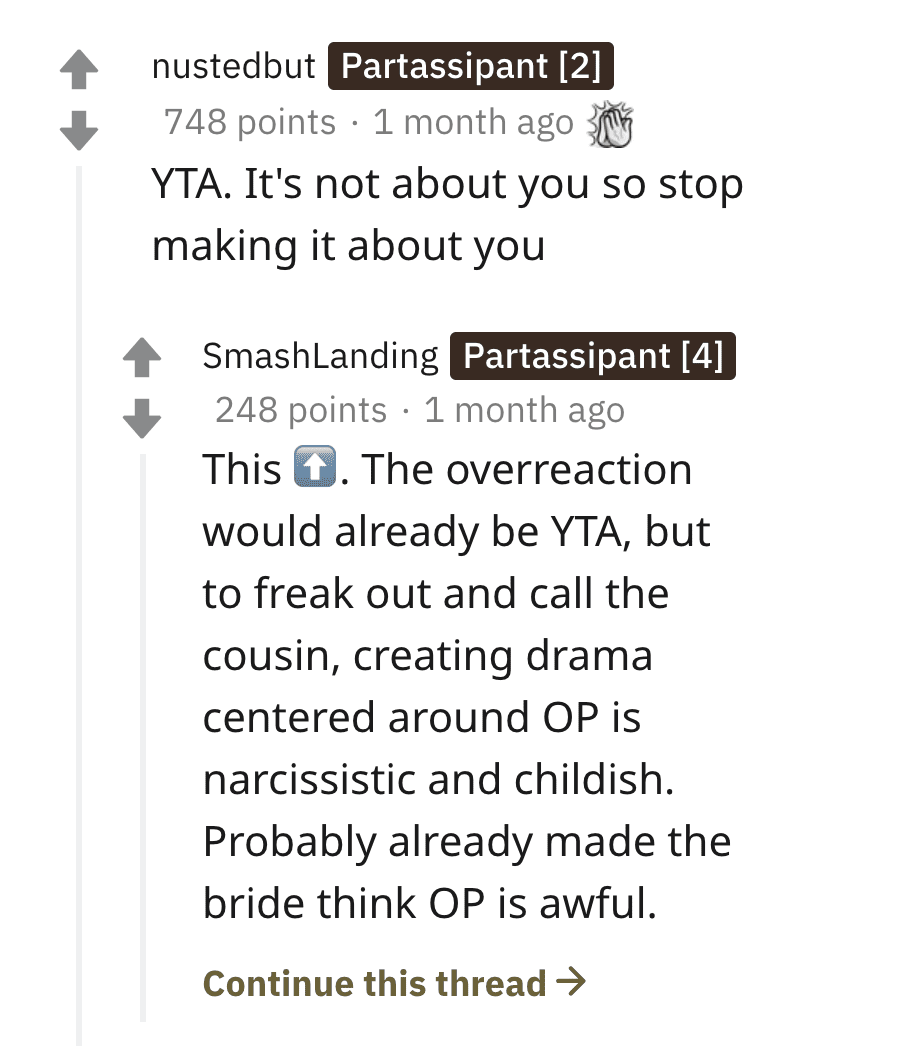 One commenter thought the woman was definitively blowing the whole situation out of proportion: 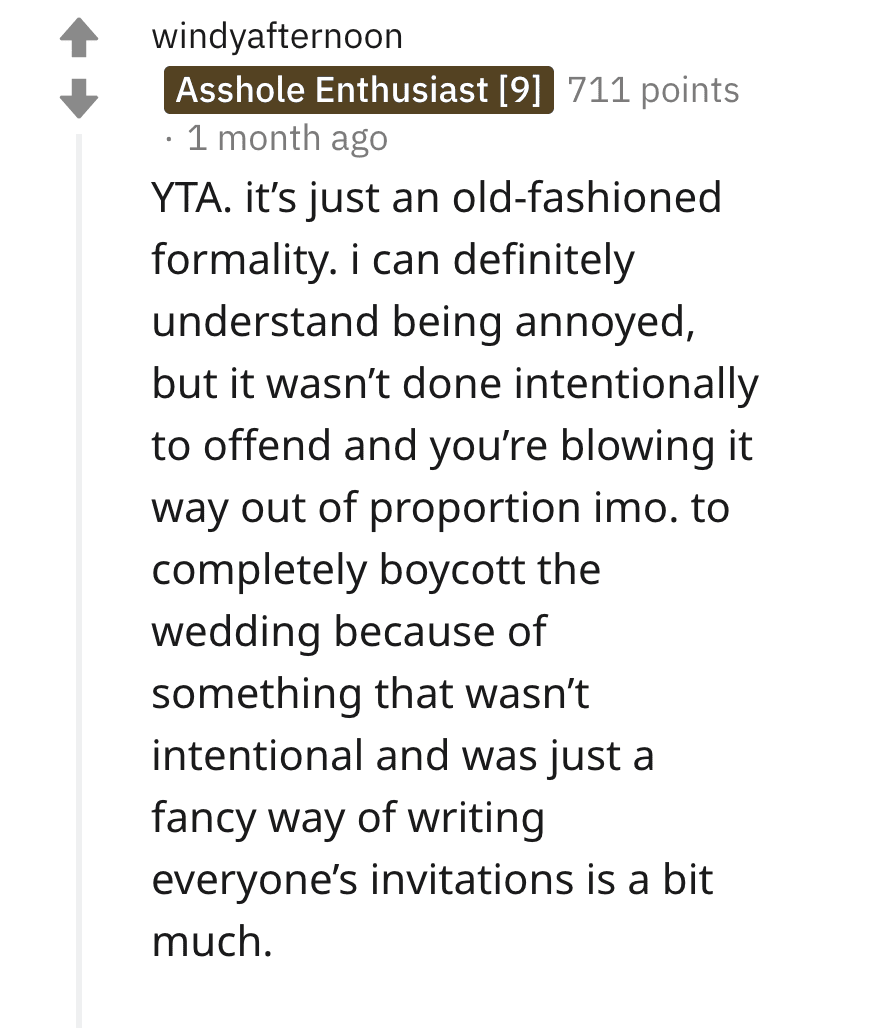 And one commenter noted that it’s not like the woman’s cousin was responsible for the invitations anyway: 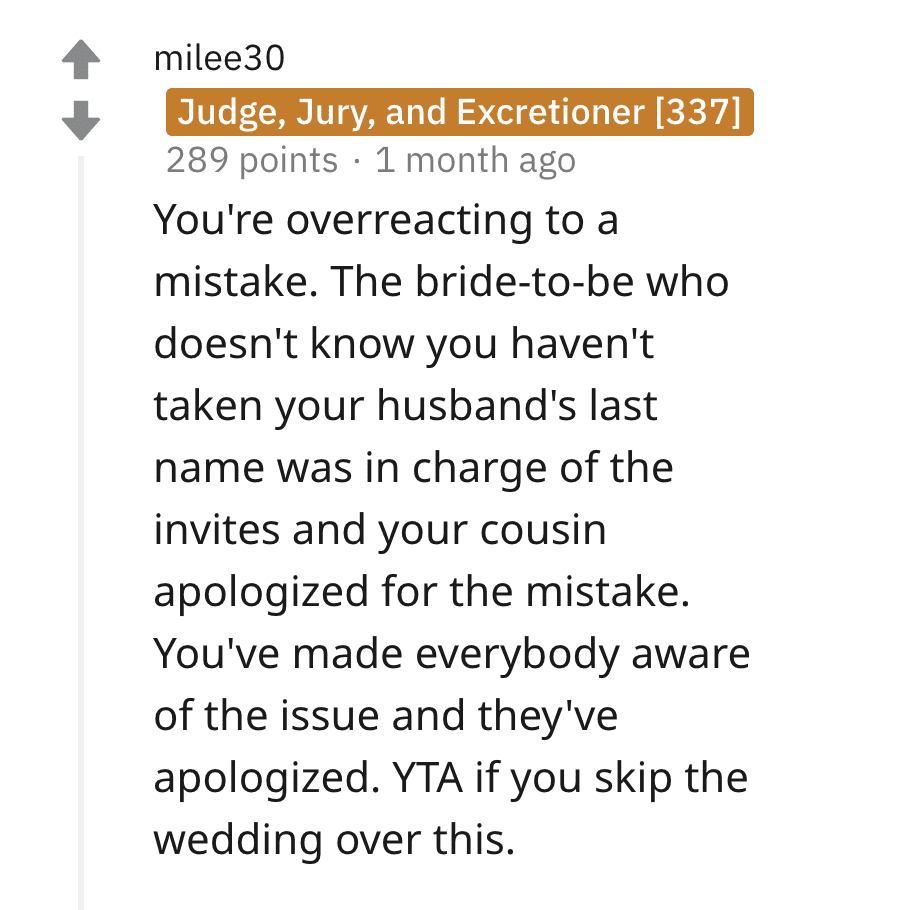 If you look at Redditors’ advice, this one seems pretty cut and dry. But then again, in order for long-held and problematic traditions to fall, sometimes you just have to make a big fuss.

How do you think this woman handled the situation? What would you have done if you had received this invitation? Did she overreact, or was she in the right here?

We’d love to her from you!