A woman named Martha Ina Ingham left her purse behind at Jefferson High School in Jeffersonville, Indiana, back in 1955, and it was recently found by construction workers during a renovation effort. Its contents have captured the interest of readers everywhere, and everyone is holding their breath waiting for the answer to one, burning question – who took Martha to the prom? 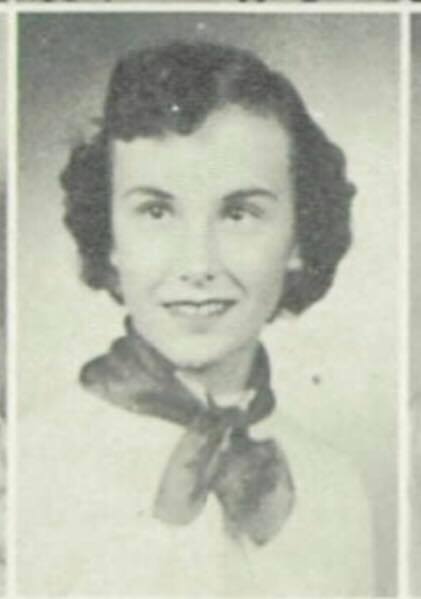 As WLKY reports, Jefferson High School is being demolished to make way for an elementary school on the same site, and the workers on site found her purse in an old science classroom. The school district shared a picture of the purse and its contents on Facebook in an effort to locate its owner. 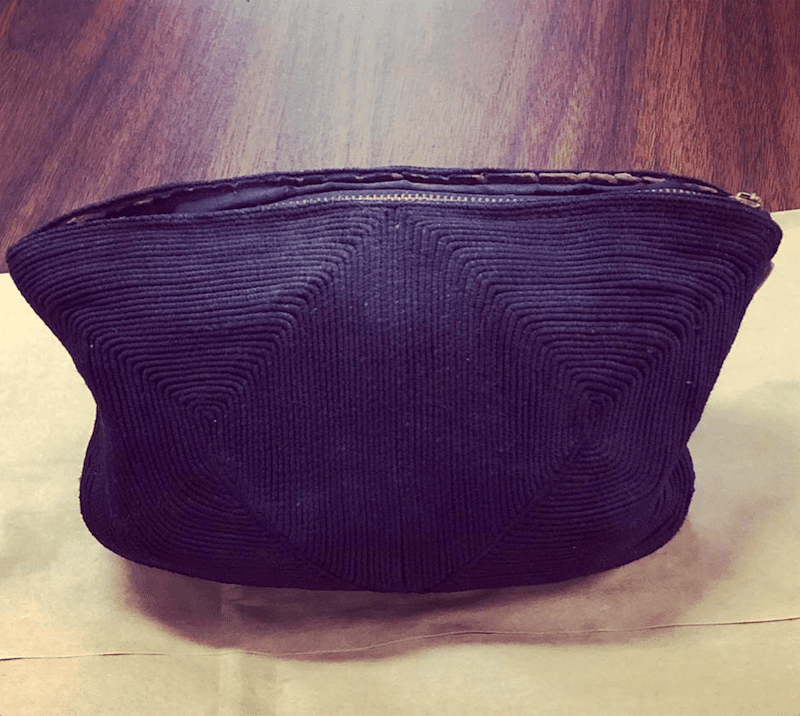 Inside, the classy little bag was a time capsule from the 1950s – a basketball schedule from the 1953-1954 season, a tube of red lipstick, and a first place ribbon for the mile relay. 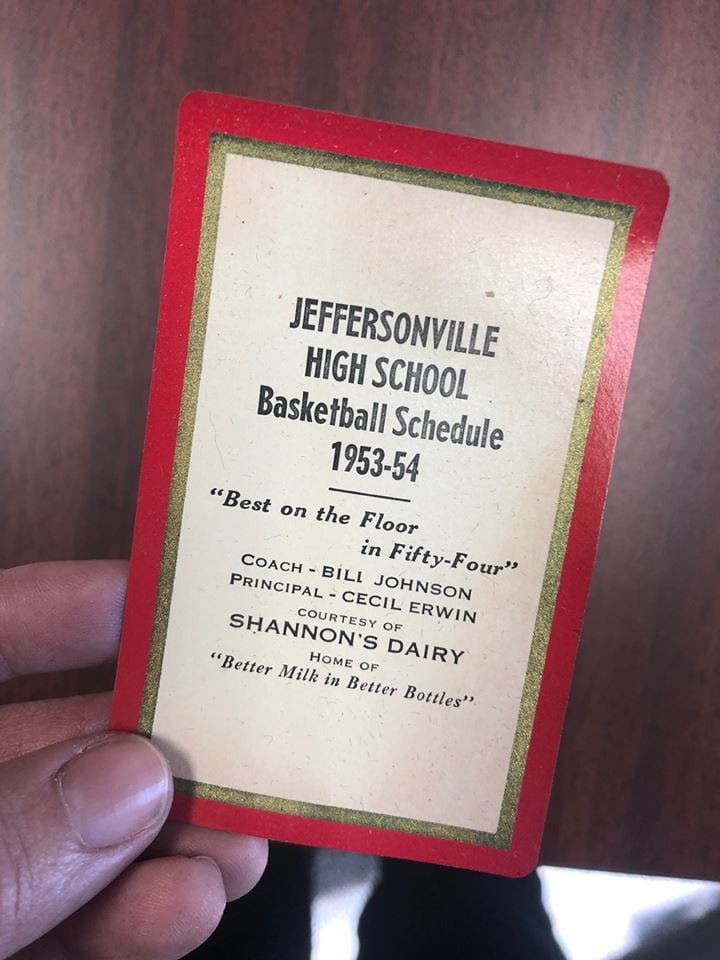 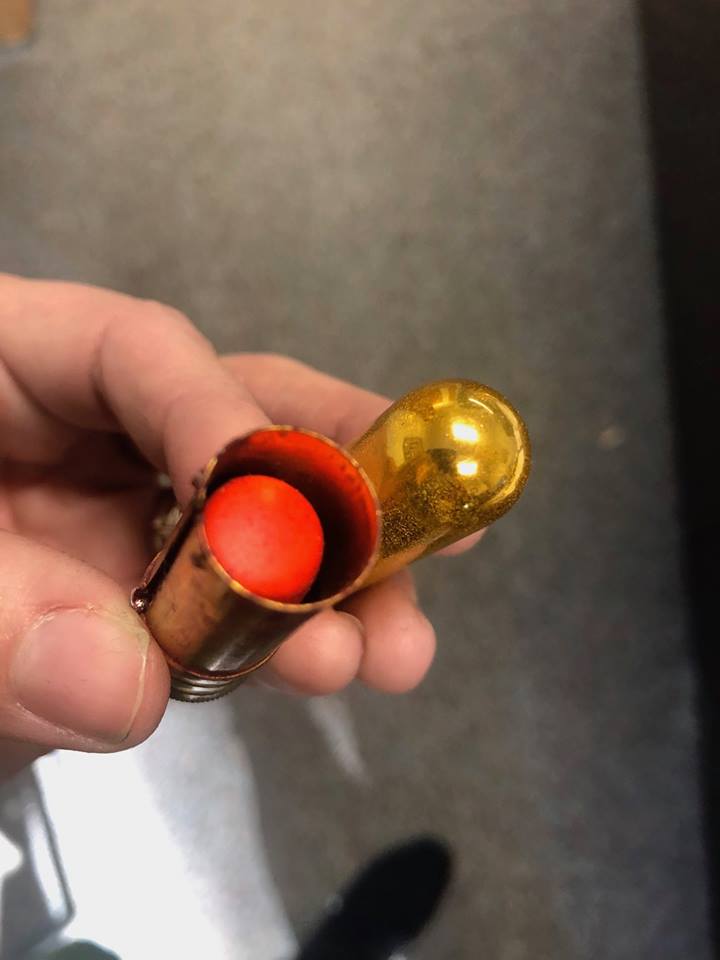 That’s not all, though – there were also two tantalizing handwritten notes!

One was from “Carter” and explained why he was still walking Bobbie to class even though they broke up – and, at the bottom, it held a tantalizing line about a guy named Paul. 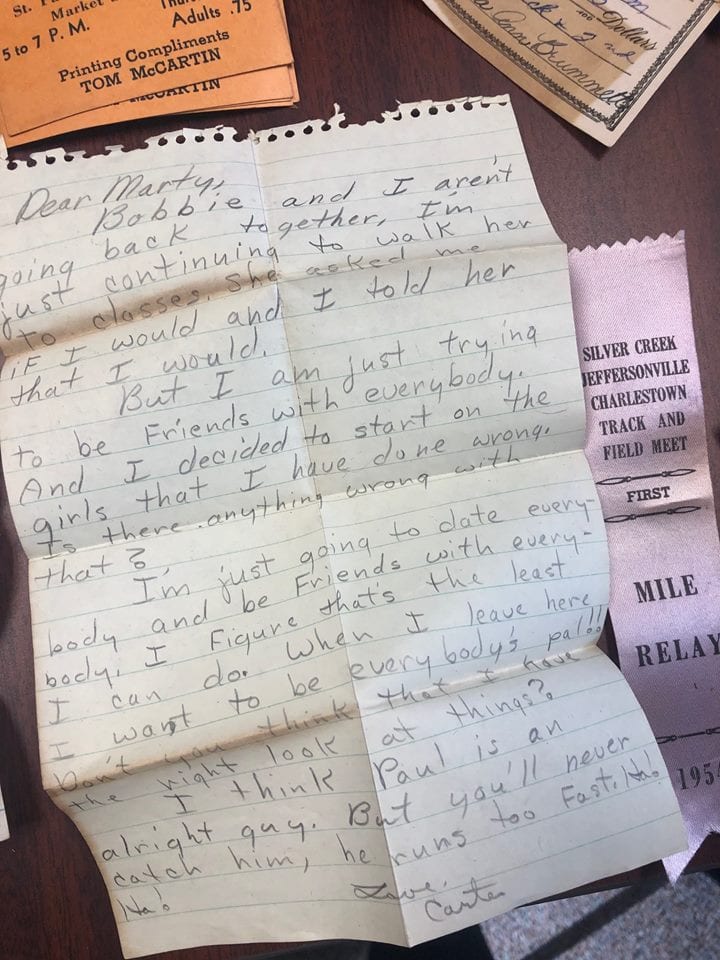 “I think Paul is an alright guy. But you’ll never catch him, he runs too fast. Ha! Ha!”

Paul, it turns out, is one of our mysterious actors in the prom dilemma, so hold on to your seat.
A second letter includes an invitation to the prom…if “Marty” hasn’t already accepted an invitation from fleet-footed Paul. 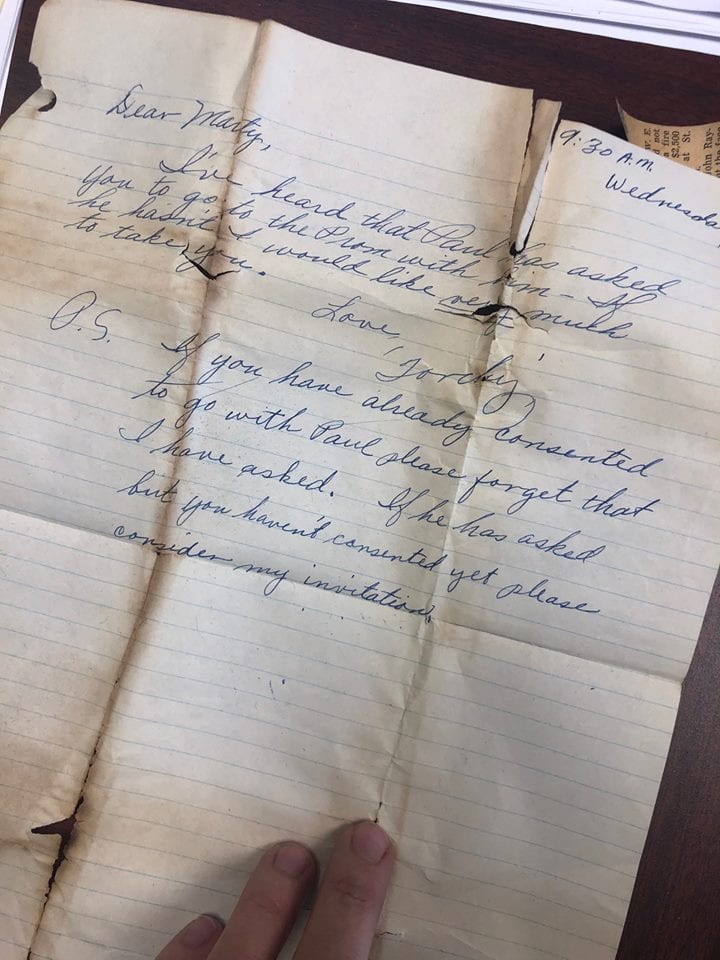 “I’ve heard that Paul has asked you to to go the Prom with him. If he hasn’t, I would like very much to take you…. If you have already consented to go with Paul, please forget that I have asked. If he has asked, but you haven’t consented yet, please consider my invitation.”

Lucky Marty, with not one but two suitors ready to escort her to the big dance!
But who did she choose? How did it go? Did she marry one of those boys?

So many questions!! And we might get answers, since one of Martha’s family members saw the post and gave the district an address where the now-80-year-old woman can be reached.

“A family member came across our post and then shared it with her youngest son. I’m thrilled I was able to connect with Marty’s family.”

The district representative also mentioned that she, too, can’t wait to hear how the prom question turned out.

“I hope this little piece of history brings back fond memories of her years at Jefferson High School. I also hope to answer the community’s burning question about who took Marty to prom.”